CENSORED: Chair of UN Human Rights Council's anti-Israeli debate cuts off UN Watch's Hillel Neuer for daring to read out the names of the countries that spoke—which, he told the assembly, "said it all."===REACTION: Outrage from U.S. Special Envoy on Peace Process Jason Greenblatt. "The shameless, persistent and unfair anti-Israel bias of the UNHRC was again on display today when Hillel Neuer was cut off from finishing his statement… He was speaking truth, yet the Council chose censorship and denial over truth."===TAKE ACTION! Show Hillel Neuer that you support his refusal to back down in face of this shameful U.N. attempt to silence the truth: Visit www.unwatch.org/CENSORED

In a March 18, 2019 session focused only on condemning Israel, the chair of the UN Human Rights Council debate cut off UN Watch’s Hillel Neuer for merely attempting to read out the names of the countries that spoke, which, he told the assembly, “said it all.”

The UN is trying to silence Hillel Neuer.

But in an assembly dominated by the world’s worst regimes, Hillel Neuer and UN Watch are not going to stop telling the truth. Click here to donate now!

• We are not going to stop calling out the UNHRC’s obsession with demonizing the Jewish state in one-sided resolutions, and their failure to condemn gross abuses committed by Russia, Turkey, Zimbabwe and other brutal regimes.

• We are not going to stop exposing the hypocrisy and double standards of a “human rights council” that counts Saudi Arabia, Qatar, China, Cuba and Pakistan among its members.

• And we are not going to stop standing up for the true victims of human rights, many of them victimized by members of the Human Rights Council.

In response to this attempt to silence us, we have decided to hire another associate whose full time job will be to expose and combat the anti-Israeli prejudice of the UN Human Rights Council, and to promote human rights for victims of the world’s worst regimes.

Let’s send a message to the dictatorships and their apologists at the UNHRC: We’re going to keep fighting, and your intimidation and censorship won’t stop us. Help us raise $75,000 so we can strengthen our voice and add a new advocate to our team right now. 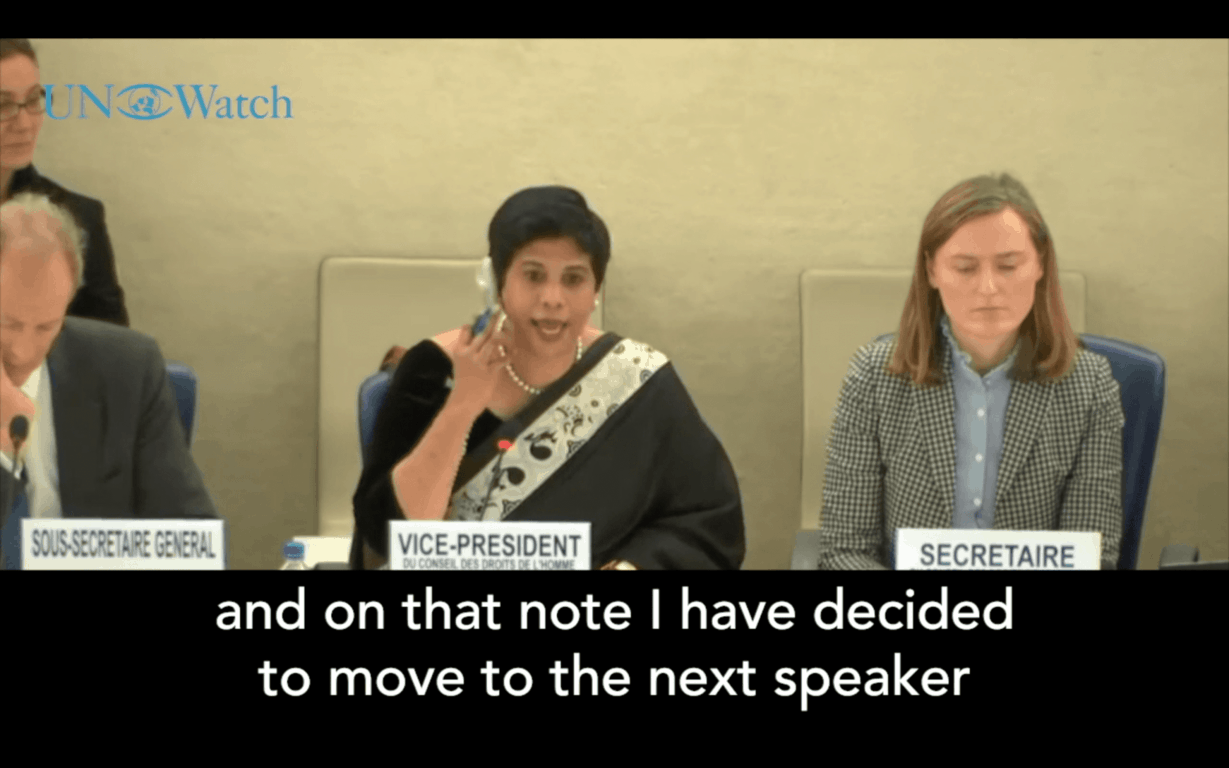