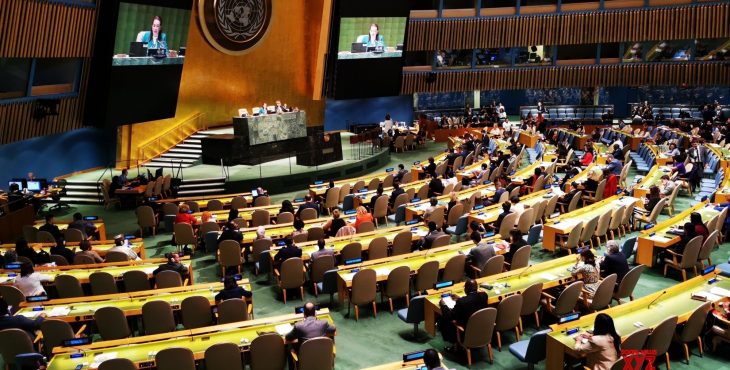 “It’s an outrage,” said Hillel Neuer, Executive Director of UN Watch. “Electing repressive regimes like China, Russia, Nicaragua and Bangladesh to a key UN council, which has the power to expel human rights groups from the UN, is like picking a pyromaniac to be fire chief.”

“Today’s election diminishes the credibility of the United Nations human rights system and casts a shadow upon the reputation of the organization as a whole,” Neuer said.

UN Watch also criticized the EU’s 28 member states, a majority of whom voted for Bangladesh and Nicaragua.

While the UN ballot was secret, the results show that only 7 of 191 UN states voting in the UN General Assembly declined to vote for Nicaragua. Consequently, at least 21 EU countries voted for the abusive Ortega regime, which has led a violent crackdown on its country’s dissidents since April 2018.

ECOSOC is the sole principal organ under the UN Charter mandated to adopt resolutions for the purpose of “promoting respect for, and observance of, human rights and fundamental freedoms for all.”

The body accredits and oversees human rights groups at the UN, deciding who can participate at the UN Human Rights Council.

“This UN vote gives non-democracies malign influence at the world body. World leaders who failed to prevent it must now speak out for basic decency and morality in UN bodies,” said Neuer.

Moreover, ECOSOC decides which nations will sit on the UN’s Commission for Social Development, Commission on the Status of Women, Committee on Economic, Social and Cultural Rights, Executive Board of the United Nations Children’s Fund, and the Executive Board of UN Women (the United Nations Entity for Gender Equality and the Empowerment of Women).