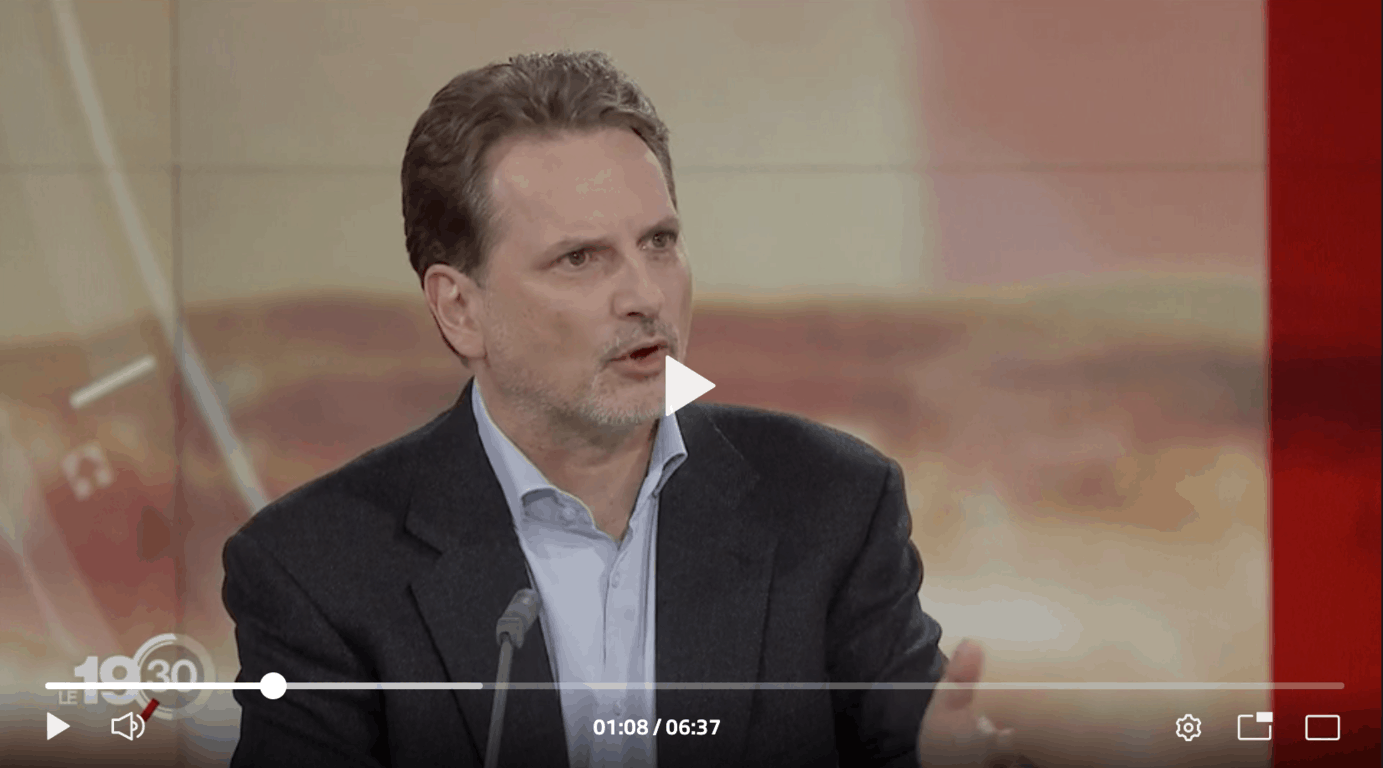 RTS: Pierre Krähenbühl, you are the director of the UN agency for the Palestinian refugees UNRWA. This morning, your resignation seemed temporary, tonight, it is official?

We are currently, and for several years now, in a context of hyper-politicization of UNRWA, with extremely direct political attacks, financial attacks and since this summer, personal attacks that have intensified.

What do you respond to the accusations of expensive travel, relations of some favored people, authoritarianism, nepotism?

I have rejected these accusations from the beginning and I continue to do so. Yesterday, I had an update on the current state of the investigation and I can tell you extremely clearly that there have been no cases of corruption, fraud or bad management from donors.

The allegation that spread this summer in Switzerland, according to which I had a personal relationship with one of my collaborators, was confirmed as non-existent by the internal report. I always rejected it, so things have been clarified. But there are still other topics, about recruitment and management issues that need to be analyzed. And there, it was evident to me that in the context of hyper-politicization, with this investigation that dragged on, we are not in a context of serenity to welcome the results of this investigation. I thought we needed a psychological shock that I gave today.

So, with what’s at stake in the Middle East, it is a bit of the Israeli-Palestinian conflict that is being played out through UNRWA. Trump, Benyamin Netanyahu, the United States and their declarations, do you think that you are also a victim of that?

It is clear that we are facing attacks that I have never experienced in 28 years of humanitarian action. I worked in many conflicts with the ICRC, with UNRWA as well, but on the 22nd of May when I was briefing the UN Security Council, I found myself very directly attacked by its US representative. It constituted a fundamental challenge to the multilateralism of the United Nations, but also to the work of UNRWA.

I always opposed this and I responded live to these critics. At Security Council meetings, at all these political levels when you respond to critics, you also know that you will pay a price. But I did not do it for myself, I did it for the Middle East because there are at least five and a half million Palestinian refugees whose situation today is extremely fragile, who do not see any horizon for themselves. It’s about taking firm positions and then if you get attacked for that, it’s a medal that you wear with honor.

Did Switzerland support you enough? Ignazio Cassis said that UNRWA was part of the problem. He suspended the increase of funds for the organization. Have you been a little let down?

So, the first thing that comes to mind when I think of Switzerland is the diplomats and colleagues in the SDC [Swiss Foreign Ministry’s aid agency] who supported UNRWA, who invested and supported this work.

Now it is true that at the Federal Council, Mr. Cassis has expressed opinions whose content will not enter the golden books of the history of the Middle East.

If Mr. Cassis was here, he would probably say that we are entitled to ask questions, so let me ask him questions in return: 280 thousand pupils, boys and girls are in our schools in Gaza. If UNRWA schools had to close, in which schools would these students go and study?

That’s the only question and unlike the Federal Council, I’ll answer it: there is no Israeli school or Palestinian school, if UNRWA schools were to close there would be 280 thousand students who would be transferred to Hamas schools. And if that is what the Federal Council or the international community and all those who are attacking UNRWA today, want to achieve, then let’s reduce the number of seminars on radicalization in the Middle East, and at least be consistent in the actions we undertake.

Ignazio Cassis [the Swiss foreign minister) did not understand that?

On that point, I don’t think he understood what was at stake. This may be for personal reasons, or views on the Middle East. One can have these preferences, I meet many people who have an Israeli perspective, others who are closer to a Palestinian perspective. That’s quite honorable, just the Middle East does not need a stance today that comfort the parties in their uncompromising position. We need political actors, like the Federal Council, who seek solutions and do not seek to attack the humanitarian actors who, with courage and dedication, engage in the most difficult terrain.

I just remember that in the Syrian conflict, UNRWA lost 18 colleagues, 25 disappeared, we lost 11 colleagues in Gaza during the war of 2014. It is an organization that lives on the frontlines with passion and commitment and that I will always defend.

How do you do to face the pressure?

In the middle of this summer, when critics were extremely tough on the issues of the investigation and the widespread allegations, former colleagues of the ICRC and UNRWA, to whom I would like to pay tribute tonight, took initiatives to defend my reputation and the credibility of UNRWA.

This is not a moment of animosity. I still think of two people, near Damascus, in a refugee camp, in the middle of the war, who took every piece of our clinic’s laboratory to their residence to protect and prevent them from being robbed. And when the conflict was over, they brought all the pieces back into place. When I think of these two 60-year-olds, I think of people with courage. We must remain passionate.