Game Changer: This chess queen refuses to be used as a pawn 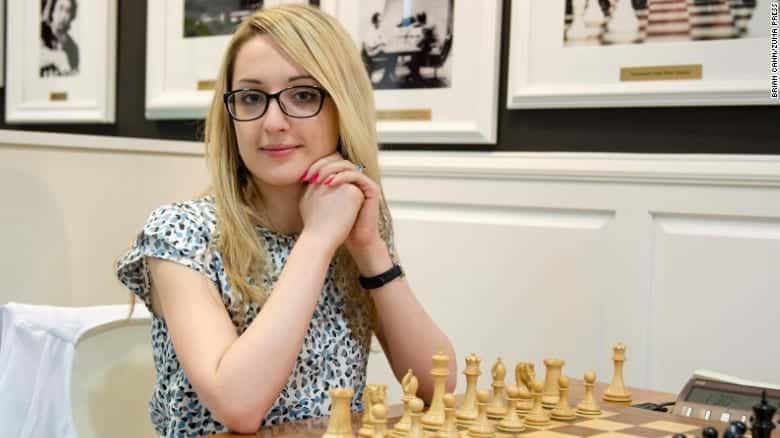 As the reigning 2016 U.S. women’s chess champion, Nazi Paikidze should be looking forward to competing at the world championships this month. But when the international chess federation, FIDE, announced that the event would take place in Iran, where “morality laws” stipulate women – even foreign chess competitions – must wear hijabs and restrict contact with men, she decided to boycott.
“By participating, I would be forced to submit to forms of oppression designed specifically for women.” says the Las Vegas-based Paikidze, 23. “It sets the wrong example, particularly for young girls interested in chess.”
After announcing the protest on social media last fall, she launched a Change.org petition, which has been signed by more than 16,800 people, asking FIDE to relocate the competition or, at minimum, make wearing a headscarf optional and guarantee female players wouldn’t face discrimination. At press time, FIDE had yet to issue a decision, but spokeswoman Anastasiya Karlovich told MC the federation is “reviewing all possible solutions for the players’ comfort.”
For now, the two sides remain in a stalemate, but Paikidze has promised not to give in, even if it means sacrificing her dreams. “I would rather not be a world champion,” she says. “Human rights stand above chess and everything else.” Your move, FIDE.
From Marie Claire magazine, February 2017
By Asra Q. Nomani 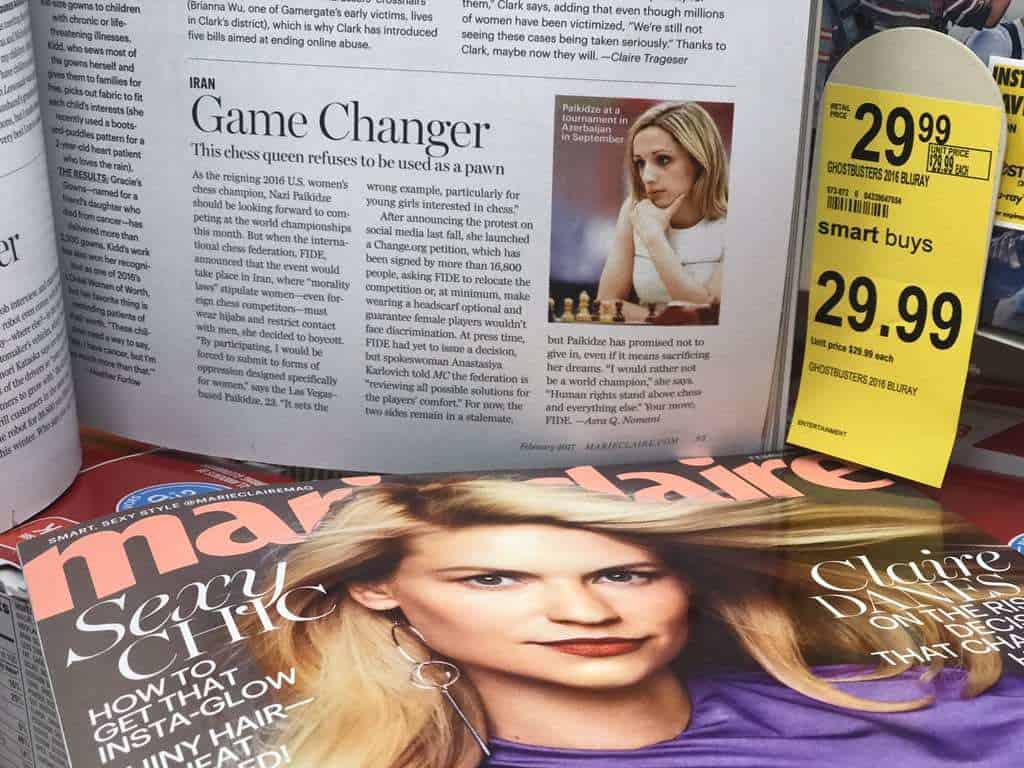 In the same week as Sweden’s self-declared “first feminist government in the world” sold out Iranian women’s rights by having its senior female ministers publicly comply with the forced Hijab, there were a number of female chess players who refused to submit to Iran’s discrimination, includingNazi Paikidze-Barnes, Carolina Lujan, Irina Kursh and Maria Muzychuk.
Ukrainian chess player, former world champion Maria Muzychuk refused to participate in the Women’s World Chess Championship, held in Tehran this week, because of the requirement to wear the Hijab.
“The next tournament is the Gibraltar Open. As for the 2017 Women’s World Chess Championship in Iran, I decided not to take part in it, since Iran is obviously not a suitable country for such a prestigious competition. It is so wrong that those chess players, who refuse to go to Iran and to wear the hijab, simply lose the right to participate in the Championship for no reason,” she said in an interview with censor.net.ua Ukrainian news portal.

2 more female chess champs who gave up chance to win World Prize: #Iran host wanted to force them to wear #Hijabs—and they said No. #Heroes pic.twitter.com/0hFPuBrgWI