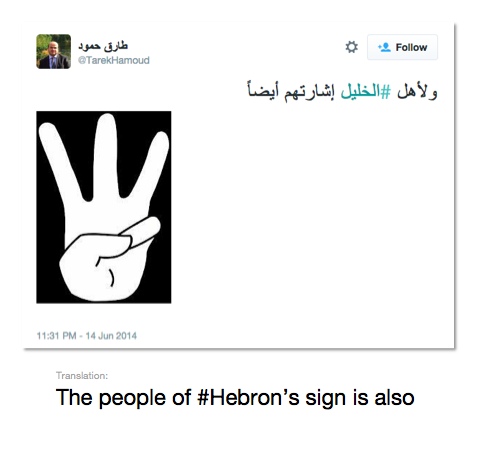 Tweets from the official account of Tarek Hamoud, executive director of the London-based PRC, include:

https://twitter.com/TarekHamoud/status/477926302885117952
[UPDATE: PRC chief Tarek Hamoud has just deleted this tweet today after this blog post was published. Screen capture of the tweet, however, is at the top.]

Above: On July 14, 2014, two days after the Hamas kidnapping of three Israeli teens, PRC posted this symbol of three fingers to cheer the abduction of the boys who were later  discovered to have been murdered.

A group that celebrates kidnappings violates the peace and human rights principles of the UN Charter and should not be granted NGO status. 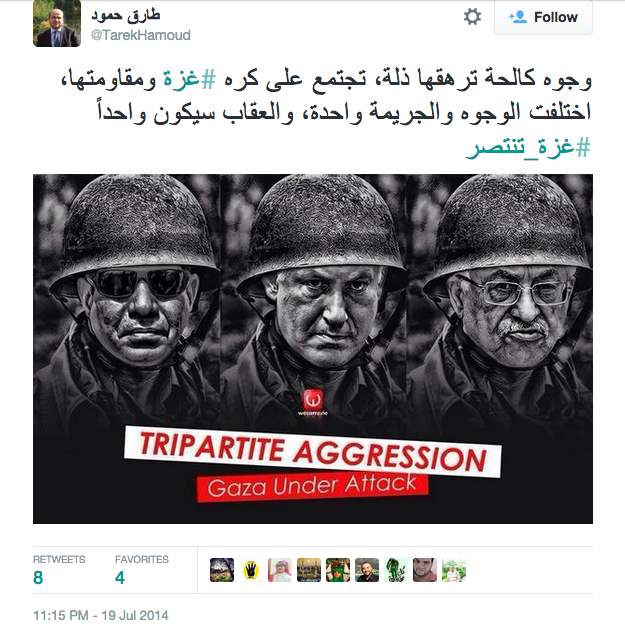 [UPDATE: PRC chief Tarek Hamoud also deleted the above tweet today after this blog post was published. Our screen capture of his tweet, however, is above.]

Grim, humiliated faces agreeing to hate #Gaza and fight it. The faces are different but the crime is one, and the punishment will be the same
#Gaza_wins