In a Twitter post supporting reproductive freedom, Roth endorsed a pro-choice protester’s use of the term “Never Again,” with a photo of a hanger to symbolize unsafe, self-induced abortions. “It’s important for us all to rally behind this ‘Never Again,’ wrote Roth.

“Never Again” became famous as the post-Holocaust motto by which Jews condemned the Nazi genocide, “a prayer, a promise, a vow,” wrote Elie Wiesel.

“Paradoxically, by making offensive use of Holocaust imagery, Roth now joins pro-life campaigners who compare abortion to the Holocaust, except that Roth’s implied Holocaust comparison is with unsafe and self-induced abortions,” said Hillel Neuer, executive director of UN Watch, a non-governmental watchdog organization based in Geneva, Switzerland. 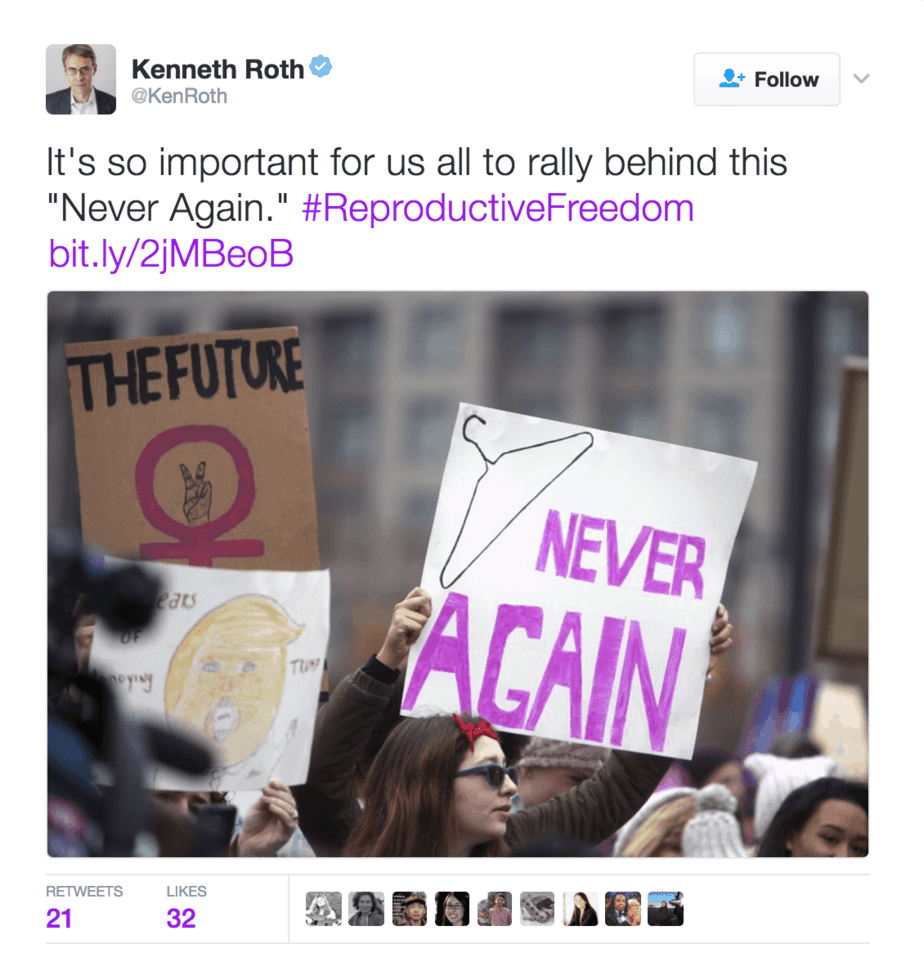 “I am disappointed that Roth would stoop to make a case for reproductive rights in America through the cynical abuse of the memory of those killed in the Holocaust,” said UN Watch executive director Hillel Neuer.

“Roth’s thinly veiled invocation of Nazi Germany in the abortion debate is an inappropriate comparison on the merits, diminishes the horror of the Holocaust, and only further coarsens our discourse.”

“With the Holocaust symbolizing absolute evil in the Western world, Roth and others in the political and public arena should resist the temptation to resort to Holocaust comparisons as an instrument for their own ideological purposes, seeking to exaggerate the evil nature of a phenomenon they seek to condemn.”

What turned Ken Roth into a Swiss reporter