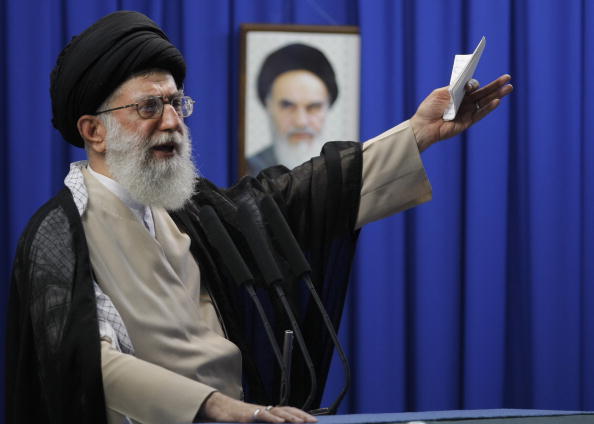 Acting in its capacity as chair of the largest group of nations at the UN Human Rights Council, the Islamic Republic of Iran has just submitted a resolution that reaffirms the peculiar notion that adoption of sanctions against another country is a violation of human rights and of international law, known in UN-speak as “unilateral coercive measures.”

Earlier this year, the UNHRC’s infamous Consultative Group, with Saudi Arabia’s Faisal Trad then serving merely as Vice-President, successfully picked Algerian hardliner Idriss Jazairy — famous for his efforts as a former diplomat to enact a UNHRC “code of conduct” to intimidate independent human rights experts — as the new “Special Rapporteur on the negative impact of the unilateral coercive measures.”

Jazairy has already accused the U.S. and Europe of being leading human rights violators due to their use of sanctions against countries like Iran and Zimbabwe.

Indeed, many of the resolutions adopted at each session of the UNHRC are sponsored by Cuba, Iran, Pakistan, Algeria, and other non-democracies, and are designed to demonize the West, free market economies, individual rights, or Israel, as part of a strategy to deflect attention from council members who are guilty of subjugating women, trampling religious freedom, persecuting gays, oppressing ethnic minorities and promoting relgious extremism.