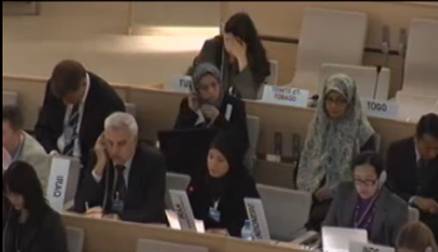 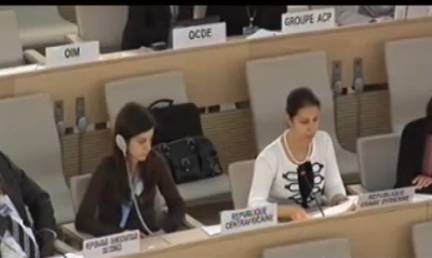 Syria for the Arab Group 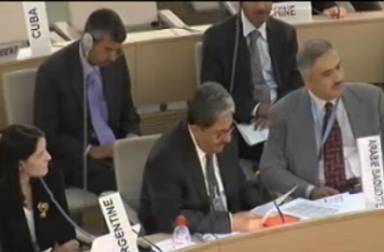 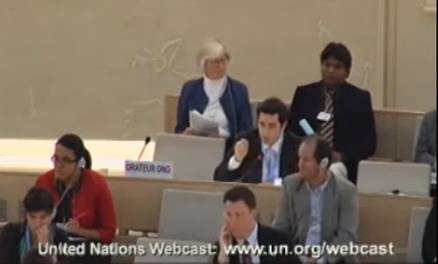 In a debate on women’s rights at the recently concluded session of the U.N. Human Rights Council, some the world’s most misogynistic regimes took the floor to trumpet their “achievements” — and to attack free democracies.

[However, there is] persisting and rife discrimination and violence against women, in particular, in France, Norway, Slovakia, Sweden, Luxembourg and Ireland.

There are certain situations where women’s physical make-up must be taken into consideration when enacting laws. Women, [it] must not be imposed on them certain heavy work, such as working in mines and other hard labor.

Islamic Sharia has granted women the same rights as men on the basis of principle.

Mr. President, today’s topic, discrimination against women, is vital for the defense of civilization, freedom and human dignity. It is no accident that in societies where women are free and equal, one finds less injustice, misery, disease, illiteracy, barbarism, tyranny, hatred, violence and terror.

UN Watch is part of this struggle. On International Women’s Day, this past March, we hosted an international human rights conference that addressed discrimination against women. The keynote speaker was Dr. Massouda Jalal, the former Minister of Women in Afghanistan, who in 2004 became her country’s first woman to run for president. For her courageous example, she received UN Watch’s 2010 Human Rights Hero award.

Permit me to share Dr. Jalal’s words, which have universal application:

“For the international community to help advance the status of Afghan women, there is a need to continuously raise the issue in global fora. You should not stop holding my government accountable over their performance on gender equality. You should continue sending missions to my country to check on the implementation of international commitments. You should keep on making statements whenever the rights of women in Afghanistan are being violated.”

We call on this council to heed Dr. Jalal’s plea, which applies to every country where violations of women’s rights are not merely a blot on the system, but the system itself.

In the words of the President of the European Commission, José Manuel Barroso, this stoning sentence is “barbaric beyond words [and has] no justification under any moral or religious code.”

And just yesterday we learned that Iran has sentenced women’s rights activist Shiva Nazar-Ahari to six years in jail, on charges of “warring against God.”

When will this Council heed Dr. Jalal’s plea to help the women who are most in need, by speaking out, dispatching investigators, and holding governments accountable?

… Finally, I would recall that the references that were made by one of the NGOs with respect to Iran were not correct.