GENEVA, March 10, 2016 — The UN Human Rights Council’s vetting committee has shortlisted a UK professor for a 6-year term as the world body’s investigator of “Israel’s violations,” even though she campaigns for the boycott of what she calls “apartheid Israel” and a “criminal government,” revealed UN Watch today in a new report, entitled “Mandate To Discriminate,” which was submitted to the president of the 47-nation UNHRC, and to all UN member states.
Green has compared Israel to ISIS, lamenting that the U.S. and the UK have not yet started “bombing Israel for its massacres.”
“By recommending Penny Green to investigate a country that she seeks to bomb and boycott, the U.N. makes a mockery of its own selection criteria of objectivity and impartiality,” said Hillel Neuer, executive director of UN Watch, which today published specific recommendations for key U.N. stakeholders. (See below.)

Executive Summary
The UN Human Rights Council (UNHRC) is about to appoint a replacement for Makarim Wibisono, the former Indonesian diplomat who announced that he will step down prematurely, at the end of March 2016, after serving less than two years in his position as “Special Rapporteur on the situation of human rights in the Palestinian territories occupied since 1967.”
This report examines the controversial mandate, reviews the 10 applicants, and makes recommendations for relevant stakeholders.
Appointment Procedure
Following interviews with five out of the ten applicants, the UNHRC’s Consultative Group (CG)—chaired by the representative of Egypt— on March 4th recommended two names: Penny Green of the UK, ranked first, and Michael Lynk of Canada, ranked second.
The next step is for the Council president, South Korean ambassador Choi Kyong-lim, to consult broadly with UN member states and to select one of the applicants for the Council’s approval. While the custom is for the president to choose from among the names shortlisted by the CG, he has the authority to choose any of the ten applicants. This is indeed what took place in 2014 when the CG recommended human rights lawyer Christina Cerna for this position, yet the president and the Council in the end chose to appoint Mr. Wibisono.
The decision by the plenary is scheduled to take place at the end of the current 31st session of the UNHRC, on Thursday, March 24, 2016.
Mandate Against Human Rights
The prejudicial and discriminatory nature of this mandate has been recognized by several of the mandate-holders themselves—including former Special Rapporteur Hannu Halinen—as it negates the very concept of universal human rights and the rule of law.
While the title of the mandate implies that the special rapporteur monitors “the situation of human rights in the Palestinian territories,” this is false. In fact, the text of the mandate, unchanged since 1993, makes clear that the rapporteur is charged with investigating only “Israel’s violations.”
Palestinian, Israeli or other victims of human rights violations committed in the territories by the Palestinian Authority, Hamas or Islamic Jihad are ignored. No other UN mandate on the human rights situation of a specific country discriminates in this fashion; no other mandate presumes the existence of violations and prejudges guilt in advance; and no other mandate lasts forever, without any review and need for renewal. The mandate, therefore, is inherently discriminatory, and must be changed.
UNHRC Rules of Impartiality & 2014 CG Criteria Disqualify Partisan Applicants
Under the rules of the Council, as defined in resolution 5/1 and 16/21, the criteria of “impartiality” and “objectivity” are to be of “paramount importance” when selecting and appointing mandate-holders.
Accordingly, when the CG in 2014 selected applicants for this same position, no doubt mindful of the frequent embarrassments caused by outgoing rapporteur and overt Hamas supporter Richard Falk, the group said that its operating criteria would be to recommend a candidate who was “the most likely to be able to objectively engage the key interested parties,” and not those who, by contrast, had “previously taken public positions on issues relevant to the mandate.”
Proceeding on that basis, the CG chose human rights lawyer Christina Cerna, and rejected biased candidates such as William Schabas and Christine Chinkin. It is deeply regrettable that this year’s CG breached its obligations and failed to follow its predecessor in upholding even the most minimal impartiality criteria required by the relevant UNHRC resolutions.
Nominees Penny Green and Michael Lynk Are Disqualified by Partisan Advocacy

Penny Green, whom the UNHRC’s vetting committee deemed impartial and objective as a potential investigator of Israel’s violations, accuses Israel of “criminal state practices,” “ethnic cleansing,” and “apartheid.” She laments that the US and UK haven’t yet started “bombing Israel for its massacres.”
Green, who was ranked first by the UNHRC’s vetting committee, also advocates the total boycott of Israel, posting statements on Twitter such as: “Support BDS against Israel—best way to resist this criminal government”; “Academics should now systematically refuse any invitations to visit Israeli universities or attend conferences there”; “the West must impose sanctions against, boycott and divest from Israel.”
Green also promotes the work of extreme anti-Western ideologues like Noam Chomsky, Richard Falk, and Grietje Baars, and heads an institute that opposes Western counter-terrorism and anti-extremism efforts as manifestations of Islamophobia. 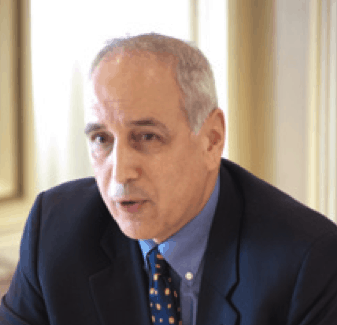 Michael Lynk, also deemed impartial and objective by the UNHRC’s vetting committee, plays a leadership role in numerous Arab lobby groups, including CEPAL, which promotes “Annual Israeli Apartheid Week” events; signs anti-Israel petitions; calls to prosecute Israel for alleged war crimes; addresses “One State” conferences that seek to eliminate Israel; and argues that “the solution” to “the problem” must go back to Israel’s very creation in 1948, which he calls “the start of ethnic cleansing.”
On his campus, Lynk tried to stop the president of Western University from accepting an award from the Jewish National Fund, which advances reforestation and water treatment in Israel, and he regularly organizes anti-Israel events and speakers. Lynk’s stated goal is to “isolate Israel.”
Like Penny Green, Lynk also promotes an extreme anti-Western political agenda. Three days after the 9/11 terrorists attacks, Lynk instinctively blamed the West, pointing the finger at “global inequalities” and “disregard by Western nations for the international rule of law.”
Recommendations
Recommendation to EU and USA:
Take action to finally eliminate the human rights protection gap, prejudice, and discriminatory nature of the mandate, as recognized by numerous democracies, Amnesty International, and even by several of the mandate-holders themselves.
Recommendation to UN Human Rights Council President Choi Kyong-lim:
Reject the grossly partisan applicants recommended by the Consultative Group, on the grounds that they fail to meet the minimal criteria of impartiality and objectivity as required by Human Rights Council resolution 5/1 and resolution 16/21. The president should instead follow the precedent and criteria set by the previous Consultative Group for this mandate by selecting applicants without biased records. This year’s pool of applicants include human rights lawyers who have not gone on record about the conflict. As in 2014, the appointment process can be extended as necessary beyond the current March session.
Recommendation to Palestinian Authority, Arab League, and Organization of Islamic Cooperation:
Recognize that, as McGill international law professor Frédéric Mégret has noted regarding similar appointments in the past, surely if the Arab and Islamic states believe that Israel is committing gross and systematic violations of human rights, then they must believe that the facts will speak for themselves, and that designating those who have a long record of making previous statements—knowing full well that their records will be discredited by legal scholars and human rights activists —does not serve their cause.
Two recent cases are illustrative. Though the Palestinian Authority and the Arab and Islamic states ensured Richard Falk’s appointment as Special Rapporteur in 2008, less than two years later the Palestinian delegation found themselves freezing Falk’s reports—for his support of their rival Hamas—and pleading with him to resign, and for the U.S. to help remove him.
Similarly, the Palestinians and their supporters successfully lobbied for William Schabas to head the UNHRC’s 2014 Gaza inquiry, yet his prior statements and actions were found to be so egregious that his appointment was condemned by leading international law scholars, and Schabas was forced to resign in disgrace only six months later—after it was also revealed that he had done paid legal work for the PLO—making him the first UN inquiry chair forced to quit over an actual conflict of interest.
Full Report: Click Here for PDF