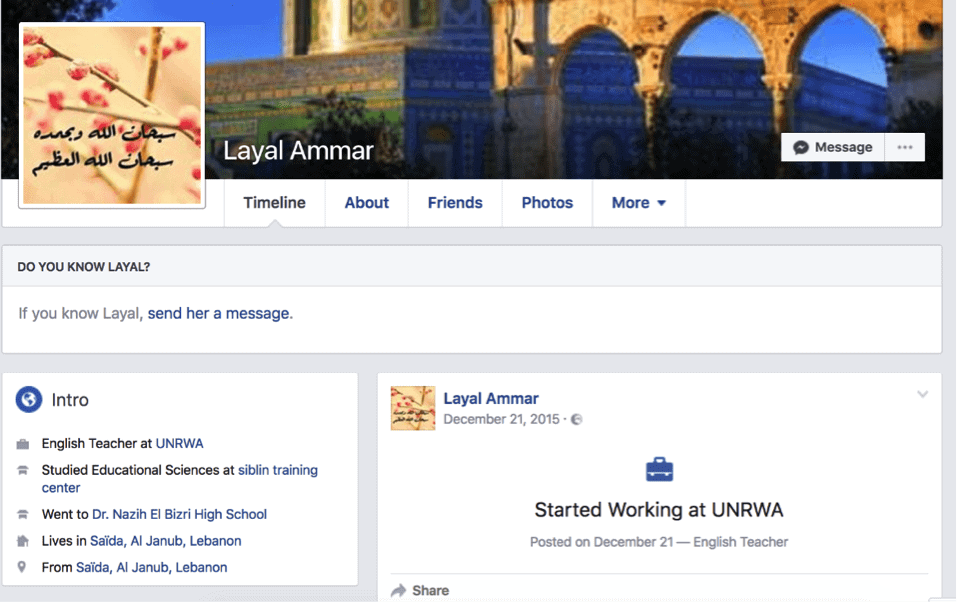 Layal Ammar, who describes herself on Facebook as an English teacher at UNRWA, displays an image demonizing Christianity and Judaism as violent and evil. She also shows a photo of her baby brother holding a gun, dressed like a Palestinian gunman.

Ammar posts an image that portrays the Cross and the Star of David, linked in the background to America and Israel, as evil and violent, attacking what appears to be the hand of Allah. Image 1

Ammar posted an image of her baby brother as a Palestinian gunman, holding toy rifle. Image 2 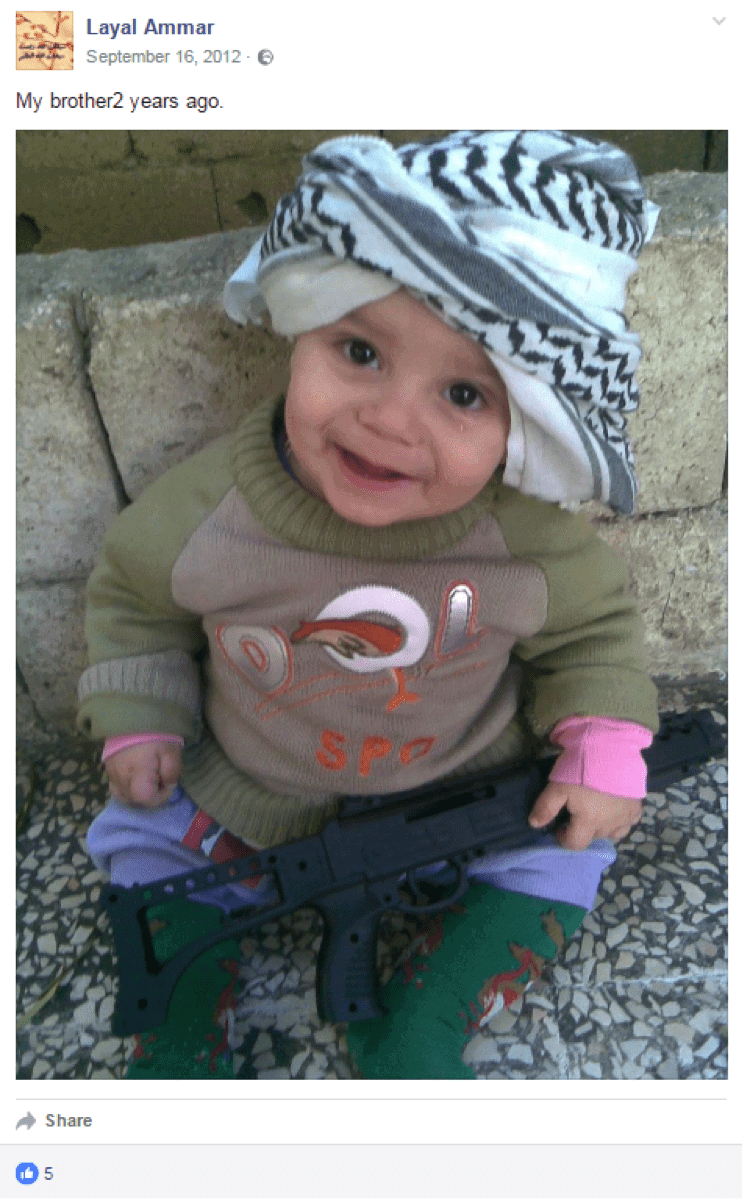