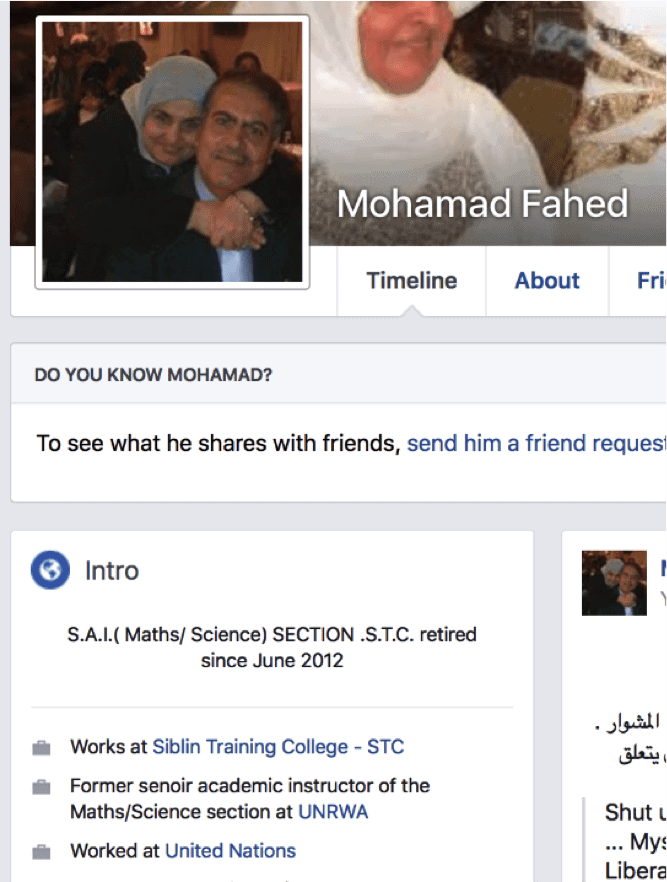 Mohamad Fahed, whose public endorsement of the murder of three Israeli teens and support for the Hamas terrorist group were made known to UNRWA two months ago in our February 2017 report (Case No. L15), still refers to himself as an employee of UNRWA’s Siblin Training Center in Lebanon. This means that UNRWA, despite its claims of “zero tolerance,” has not fired this overt advocate of terrorism. As shown below, he continues to share antisemitic posts, and to praise Hamas.

On March 22, 2017, Fahed mourned the the death of Hamas founder Ahmed Yassin, on the 13th anniversary of the terrorist leader’s death. Image 1 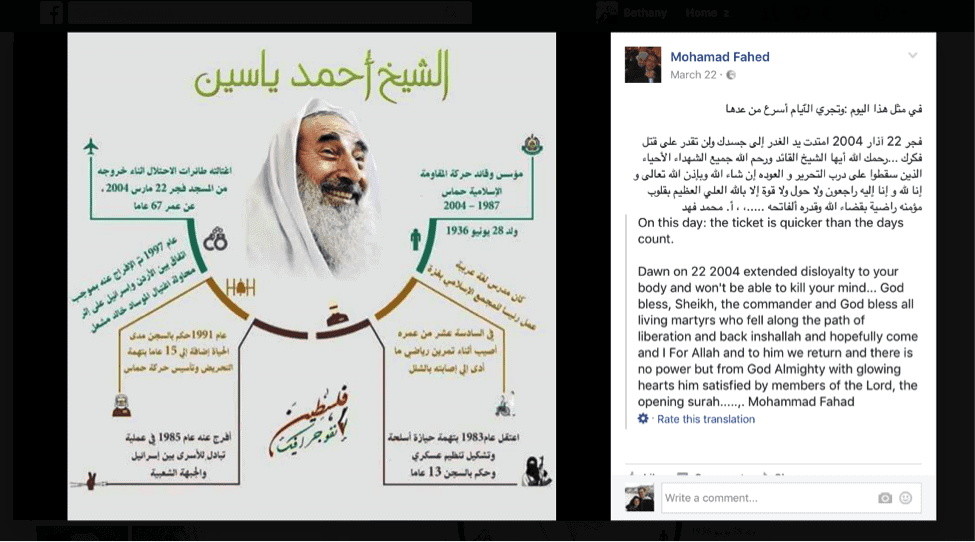 In a recent post from March 9, 2017, Fahed shared a post which calls for Jews to “go back to Europe where they came from,” which he echoed in his own words. Image 2 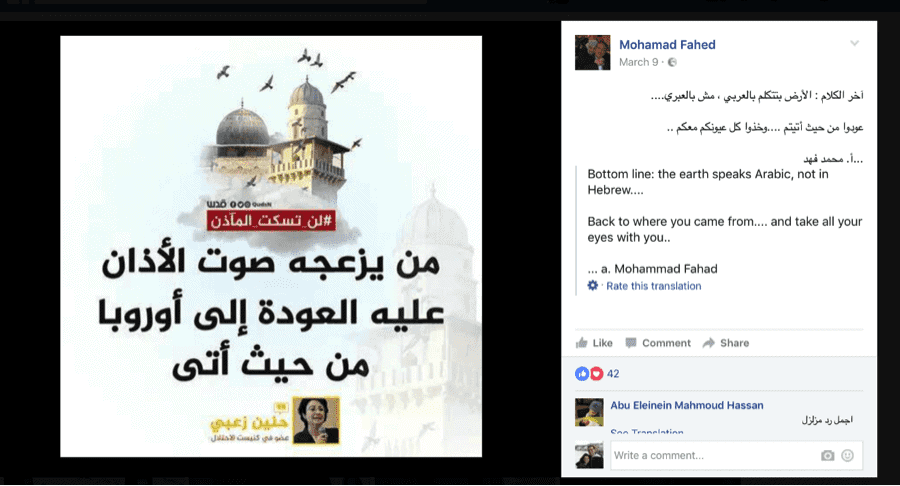