GENEVA – On March 15, 2011, Ugandan LGBT activist and human rights defender Jacqueline Kasha will join other world-famous dissidents as a speaker at the third annual Geneva Summit for Human Rights and Democracy, organized by UN Watch, Freedom House, Ibuka and 17 other human rights NGOs. The conference is expected to propose a draft resolution in support of Kasha’s struggle to the UN Human Rights Council, which will be holding its annual session across the street. 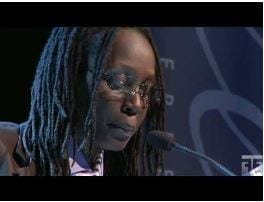 While many African countries openly discriminate against their gay citizens, Uganda has gained special notoriety for its “Anti-Homosexuality Bill,” a proposed law that seeks to strip Uganda’s LGBT community of the few rights they still possess.

Homosexuality is already outlawed in Uganda. Yet the new bill — which Amnesty International describes as “a how-to manual for abhorrent human rights violations” — would introduce the death penalty for “aggravated homosexuality,” as well as prison sentences for failing to report others known to be gay. The bill targets individuals, companies, and NGOs who support LGBT rights.

Kasha is the director of Freedom and Roam Uganda (FARUG), the only organization dedicated exclusively to attaining equal rights for lesbian, bisexual, intersex and transgender women in Uganda. She is also a member of Sexual Minorities Uganda (SMUG), which advocates for LGBT Ugandans.

Kasha is on the front lines of the fight for gay rights in Uganda, and the dangers are real. Kasha was one of 100 high-profile LGBT Ugandans targeted in an article in the Ugandan tabloid Rolling Stone, which published their names, address 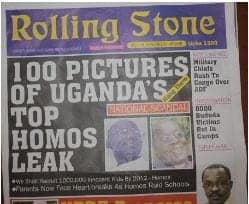 es and pictures under the headline of “Hang Them.”

While Kasha successfully sued the tabloid to stop publishing the identities of gay Ugandans, triumph turned to tragedy when David Kato, her co-plaintiff and fellow SMUG member, was murdered on January 26.

Violence, harassment, and intimidation of gay activists are common in Africa. Yet the murder shocked the world. International condemnation ensued, along with calls for increased rights and protections for LGBT Ugandans.

Nevertheless, within Uganda itself, Kato’s death failed to change public opinion. Preachers and media figures praised the murder. The Uganda Human Rights Commission kept its distance and its silence. Death threats against Kasha and other activists only increased. 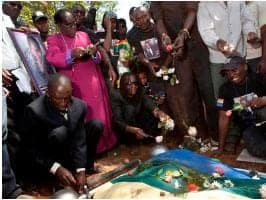 Facing constant fear for her life, Kasha continues her brave work in defense of LGBT rights in Uganda, enduring harassment, insults and attacks for her belief that the LGBT community of Uganda deserves basic human rights and freedoms.

Admission to the March 15 Geneva conference is free, and the public and media are invited to attend. For accreditation, program and schedule information, please visit http://www.genevasummit.org.