Fellow ambassadors, at the beginning of my remarks I would like to thank the countries who stood by our side today and have once again prevented a dishonorable consensus on an anti-Israel and anti-Jewish decision. Your moral clarity brings honor to your countries.

I would like to share with you a special angle on the decision taken today which makes this resolution all the more outrageous and hurtful to every Jew, and especially to Holocaust survivors.

During the last 24 hours, survivors have sent a letter to the Polish Foreign Minister, and appeared in the Israeli press expressing their feelings and dismay at the UNESCO resolution. If there is anyone amongst you who can dispute their feelings, he must have a vicious heart.

We are assembled here, next to the largest mass grave of the Jewish people, but it’s also the biggest, darkest grave into which humanity had ever descended.

The sites, the sounds, the smells, the blood, and the horrors that occurred here in the German Nazi Auschwitz-Birkenau were not confined to the camp’s electrified fences. Indeed, under right weather conditions the smell of the crematorium may have reached the very place where we are now seated.

A month ago I approached the Arab delegations through one of their ambassadors with a special request. I asked them to be sensitive to this sensitive location and not to table the anti-Jewish resolution regarding Jerusalem. I told them that it would help to build positive relations.

But sadly, we are here today with not just one, but with two such anti-Israeli resolutions.

Mr. Chairman, because UNESCO has taken upon itself to commemorate the Holocaust and mainly because I stand here today as the representative of the Jewish state, I therefore request that this body stands with us in a minute of silence in solemn memory of the six million murdered Jews, and all those who were killed by the Nazi animal, or died fighting against it.

Please stand with us.

To the ambassadors of the Arab countries and their partners, I suggest that you take a tour of the German Nazi camp, Auschwitz-Birkenau.

Maybe there you will understand that even the darkest hours, where they separated parents from their children, dismembered live people, and where they separated human beings from humanity, the Nazis could not succeed in separating the Jewish people from our eternal capital, Jerusalem.

Yerushalayim, Jerusalem, is mentioned in all our prayers and at the highest moments of the year we say the famous phrase “Next year in Jerusalem”. We have never stopped saying it, even during the Holocaust, and I promise you that we will never stop saying it.

Since 1967, there are only positive differences in Jerusalem. The whole Jerusalem is open to anyone no matter if its Muslim, Christian, or Jewish. Our flag flies all over it and we are building it, we are building Jerusalem.

Let me conclude by saying that just as Hitler, the Nazis, and their partners, like Haj Amin al-Husseini did not succeed, you will not succeed as well in denying the Holocaust or in your efforts to destroy Israel or the Jewish history.

Thank you very much.

Cuba: Thank you very much, Chair.

I think that only the Chair can ask for a minute of silence.

I do think that this is an incorrect interpretation of this decision. I think the decision has been manipulated once again, when what we have done – this committee does not take any decisions concerning measures against Israel nor against the Jewish people and I think that that is turning this meeting into a politicized circus.

Only the Chair can request a minute of silence. So with your indulgence, let me request Mr. Chairman, that we stand for minute of silence for all of the Palestinians who have died in the region. 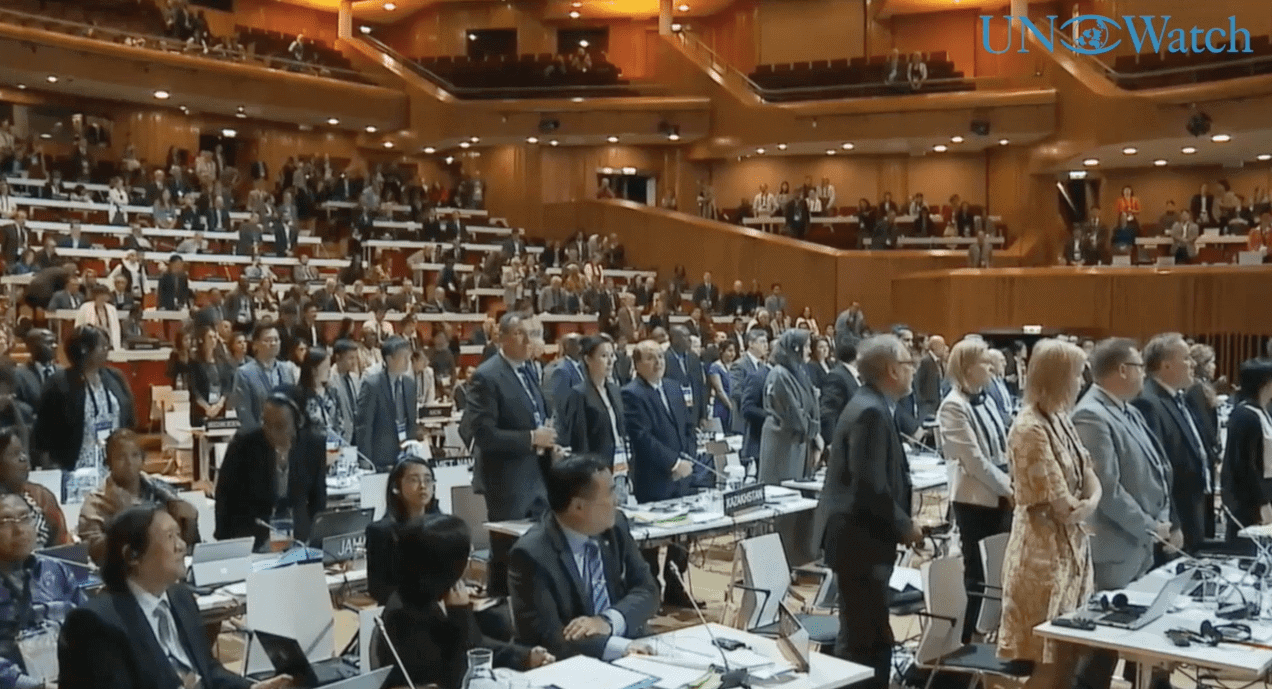