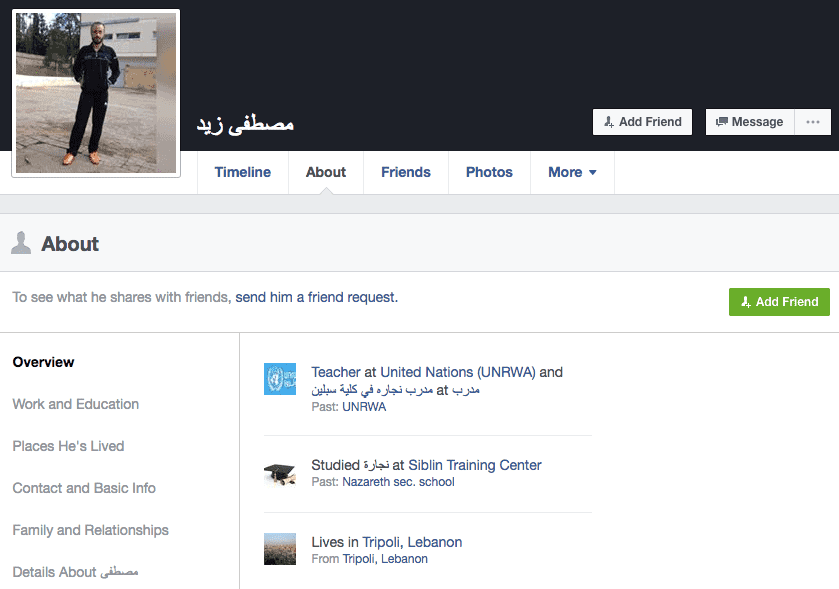 Mustafa Zaid (مصطفى زيد) lists himself as a “Teacher at United Nations (UNRWA)” and as a former student of UNRWA’s Siblin Training Center.

Mr. Zaid shares Hamas propaganda such as a video of an IDF soldier being killed by a sniper, as seen in screenshot below. The video includes the flag of the al-Qassam Brigades, which is the military wing of the terrorist group Hamas.