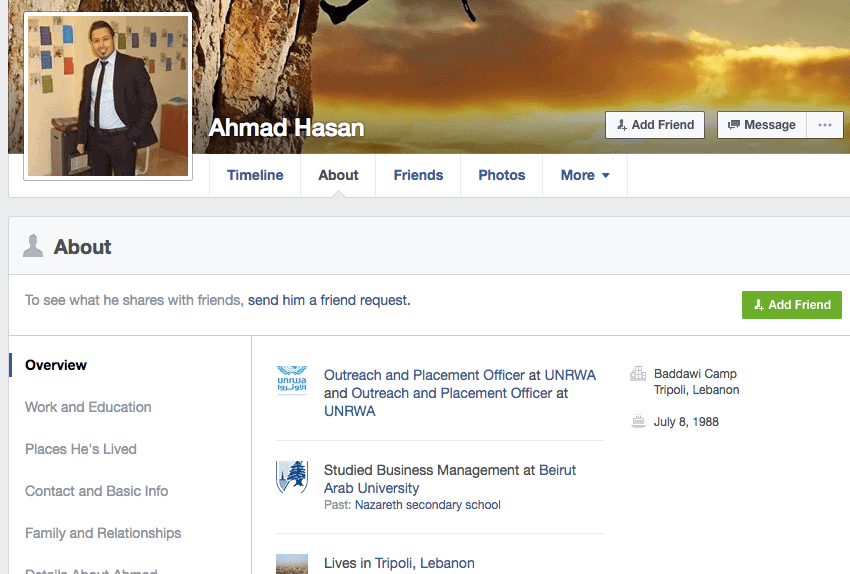 Ahmad Hasan identifies himself on his Facebook profile as an UNRWA employee.

Hasan has posted antisemitic images, such as the cartoon of Hitler seen in Image 1. In this cartoon is also a quote which translates to read “I could have burned all of the Jews in the world, but I left a small amount of them so the world would understand why I burned them.”