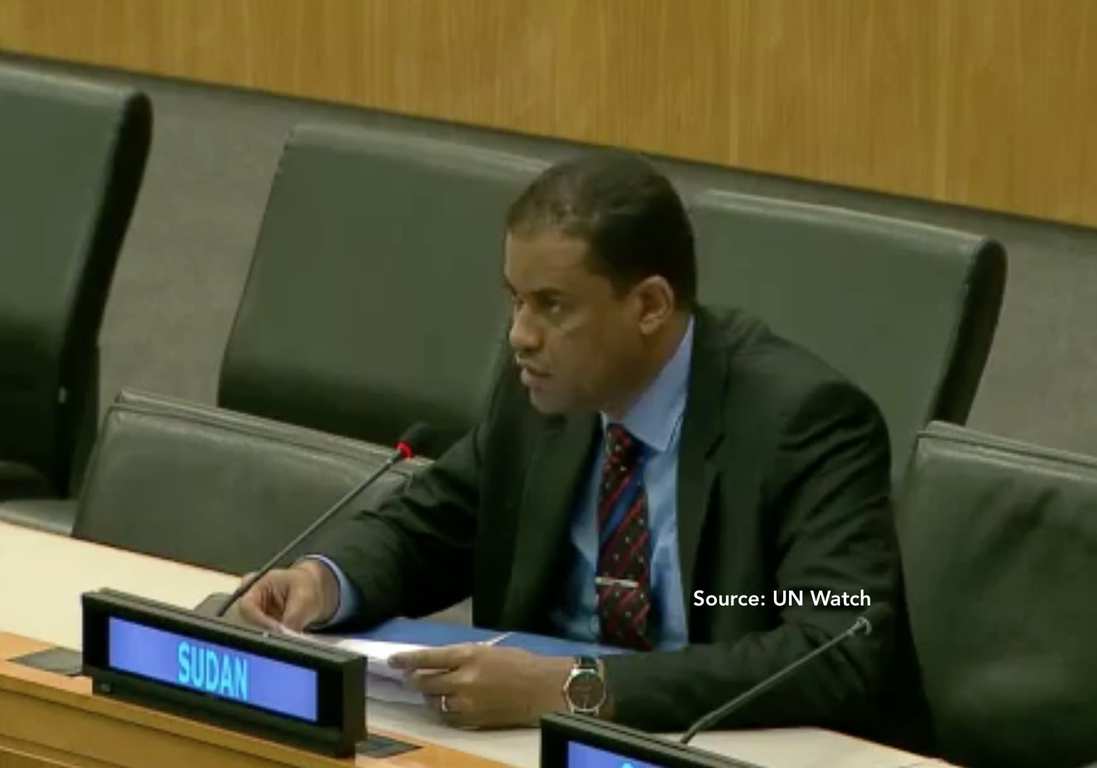 Above: Hassan Idriss Ahmed Salih at the UN, April 2017.

GENEVA, October 10, 2017 – U.N. chief António Guterres should remove a U.N. official who was detained by police and handcuffed after he groped a woman in a Manhattan bar early Sunday.

Sudanese diplomat Hassan Salih, who in May was elected vice-chair of the U.N. committee that oversees the work of 4,500 human rights NGOs, grabbed the 23-year-old victim’s buttocks and breast while dancing at Third Avenue’s Bar None around 2:25 a.m., reportedthe New York Post.

While police were interviewing the U.N. vice-chair and his victim, he tried to escape, so police handcuffed Salih and put him in a police cruiser, sources said. But Salih invoked diplomatic immunity, and was allowed to go free after police confirmed he worked at the United Nations.

“If a man accused of sexual assault should be allowed to continue overseeing hundreds of human rights groups that defend the rights of women, this will cast a shadow upon the reputation of the U.N. as a whole,” said Hillel Neuer, executive director of UN Watch, a Geneva-based non-governmental human rights organization.