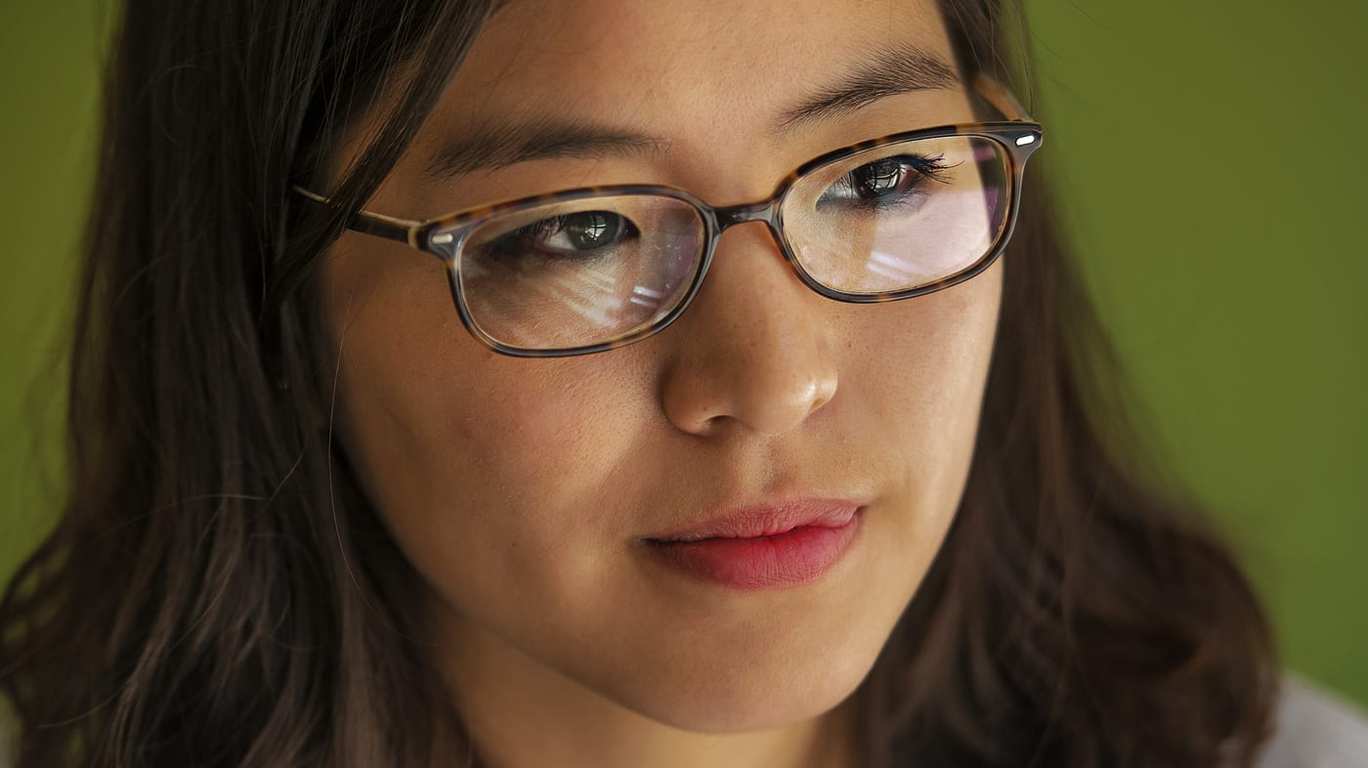 Ti-Anna Wang, a Chinese human rights activist brought to testify by UN Watch,
was harassed by Chinese agents in March 2014.

GENEVA, May 24, 2017 – The U.N. human rights office dangerously handed over to China the names of four human rights activists slated to attend a Human Rights Council session, and has a practice of doing so, alleges Geneva-based NGO UN Watch, in a letter of complaint sent today to U.N. human rights chief Zeid Hussein.

The complaint, which cites numerous breaches of the UN Charter and other rules, was filed by UN Watch director Hillel Neuer on the eve of his appearance tomorrow before a U.S. Senate hearing that will assess U.S. policy toward the UNHRC, and the related Office of the High Commissioner.

U.S. Ambassador to the U.N. Nikki Haley, copied on the letter, will deliver a closely-watched speech to the council in June, as the administration is considering whether to pull out of the 47-nation body.

Zeid’s office then “confirms” this information. Its release gave a litany of excuses justifying the hand-over of activist names to China’s authoritarian regime.

Neuer questioned the U.N’s use of the word “confirm,” which makes its conduct “appear innocuous” and minimizes the policy’s “potential grave consequences for the human rights defenders.”

Emma Reilly, the NGO liaison for the human rights office when the disclosures began, fiercely opposed the practice, arguing it placed human rights activists at risk and was not sanctioned by existing rules or practices.

The U.N. retaliated against Reilly for speaking out, with “harassment, exclusion and abuse of authority,” according to the Government Accountability Project.

Citing to Reilly’s leaked Ethics Office Memo, UN Watch notes that in China’s case, “the bottom line is that your office did not confirm information already in China’s possession, but it provided China with new information knowing that China intended to use it to harass the human rights activists.”

UN Watch is especially concerned about this issue because one of its speakers, Ti-Anna Wang, was threatened by China during the March 2014 Human Rights Council session.

Advance disclosure to governments of the names of dissidents attending a U.N. session endangers the human rights activists. “No political dissidents should be subjected to harassment or intimidation for traveling to Geneva to campaign for human rights at the UN,” wrote Neuer.

UN Watch’s letter cites several provisions of the U.N. Charter and Staff Regulations, the Human Rights Office’s staff rules and the Code of Conduct for International Civil Servants which would be violated by the practice.

The human rights group urged High Commissioner Zeid to uphold the mandate of his office “to promote and protect all human rights,” and to “immediately stop this practice which has the potential to severely harm human rights defenders.”

UN Watch expressed the hope that Ambassador Haley will raise the improper disclosures, and the case of whistleblower Emma Reilly, when she visits the council next month.