Click here for YouTube.
Transcript:
Thank you, Mr. President.
Eighteen years ago today, on September 11th, 2001, terrorists from Al Qaeda hijacked four passenger airliners and used them to attack the World Trade Center and the Pentagon, killing nearly 3,000 innocent people, and injuring more than 6,000 others.
The next day, the United Nations Security Council resolved to “to combat by all means threats to international peace and security caused by terrorist acts,” and it called on the international community to “redouble their efforts to prevent and suppress terrorist acts.”
In this regard, we commend the announcement yesterday by the United States of new sanctions against 15 leaders, individuals and entities affiliated with terrorist groups worldwide including Al Qaeda, Iran’s Islamic Revolutionary Guards Corps, the Islamic State and Hamas.
This is in our view is implementing what the High Commissioner spoke of yesterday in regard of the obligation of all states to respect the right to life.
But today we ask: Is this branch of the UN and the international community, this Human Rights Council, living up to this promise?
High Commissioner, in your opening statement, you addressed the Israeli-Palestinian situation.
Criticizing Israel, or any other country, is legitimate. To be credible, though, criticism must be balanced, proportionate, and non-selective.
High Commissioner, do you believe your remarks were balanced when you condemned Israel only, yet failed to say one word about terrorist attacks by Hamas, and Islamic Jihad, both of which are designated as terrorist groups by the European Union, the U.S., and many others? Or one word about the Palestinian Authority’s payments to convicted terrorists?
High Commissioner, were your remarks proportionate when you devoted more time in your statement to condemning Israel than your remarks on Syria, Iran, and North Korea combined?
High Commissioner, were your remarks were non-selective, when you failed to mention that Palestinian terrorist groups have fired in the past year 1,932 rockets and mortar bombs at Israelis, attacked them in 25 shootings, with 128 Improvised Explosive Devices, 841 petrol bombs, killing eight, and injuring 282?
Since you mentioned the environment, was there any reason you didn’t mention that Palestinian terror groups, have sent arson kites and balloons into Israeli fields, igniting more than 2,000 fires, burning nearly 9,000 acres of land?
High Commissioner, on occasion of the 18th anniversary of 9/11, I have to ask you: Were your remarks complying with the UN resolution to do everything we can to suppress and fight terrorist acts? 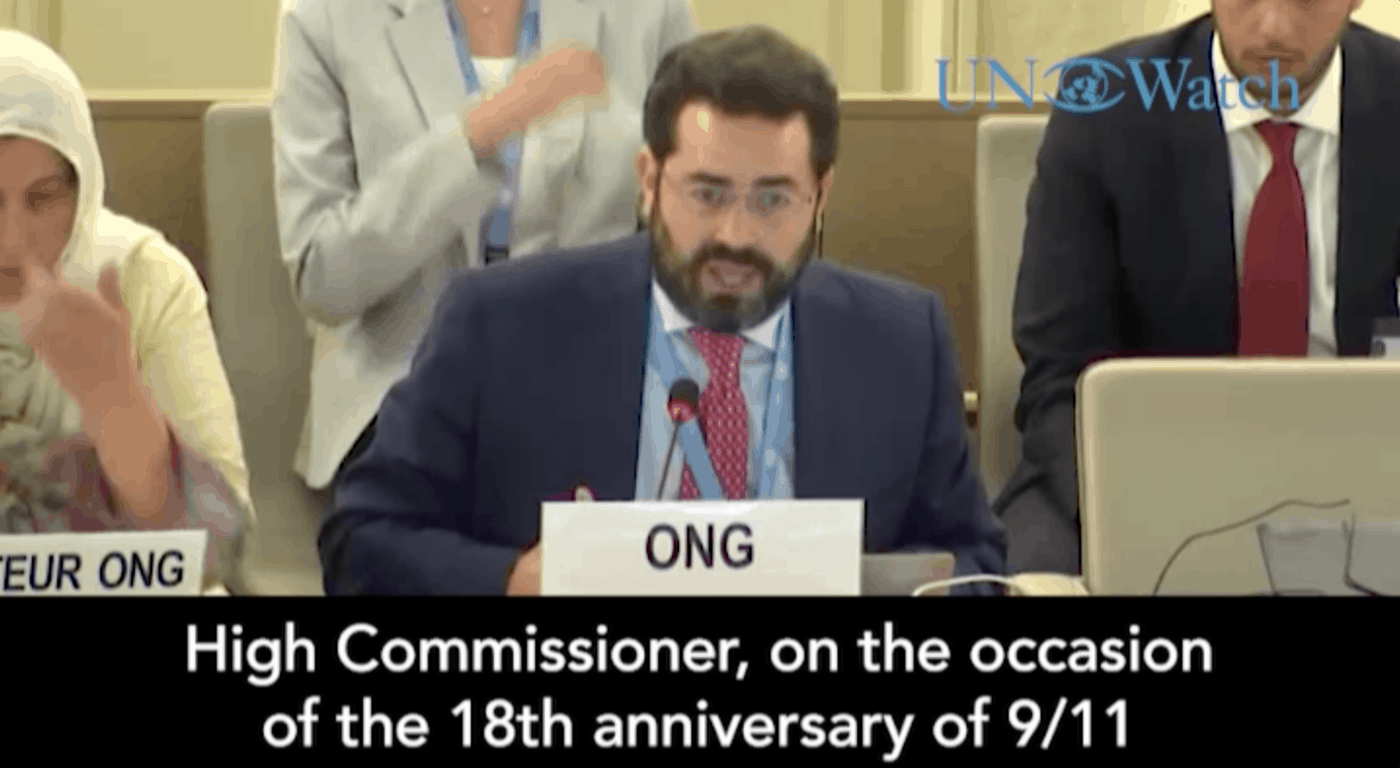