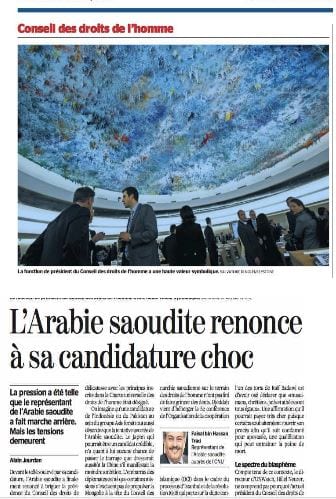 “This is good news,” said Hillel Neuer, executive director of the Geneva-based UN Watch, a non-governmental human rights group, “however the fundamentalist Saudi monarchy — a regime beheading more people than ever before — still retains their power as a full voting member of the council.”

“The real question is why the U.S. or the EU refused to utter even one word of protest when we urged them, together with Saudi dissidents, to oppose the monarchy’s election in 2013. It’s a sad that oil continues to trump basic human rights principles.”

As Saudi Arabia’s highest court upheld the sentence of 10 years in prison and 1,000 lashes for blogger Raif Badawi, the UNHRC leadership legitimized the Islamic fundamentalist regime by allowing it to play host to an OIC conference on “combating religious intolerance” in Jeddah, a short stroll away from where they lashed Badawi for “insulting Islam,” and close to where he today sits in a Jeddah jail cell.

UN Watch has the full story on the Jeddah farce here. 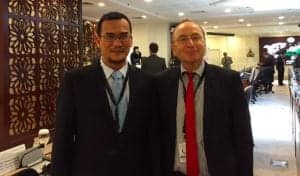