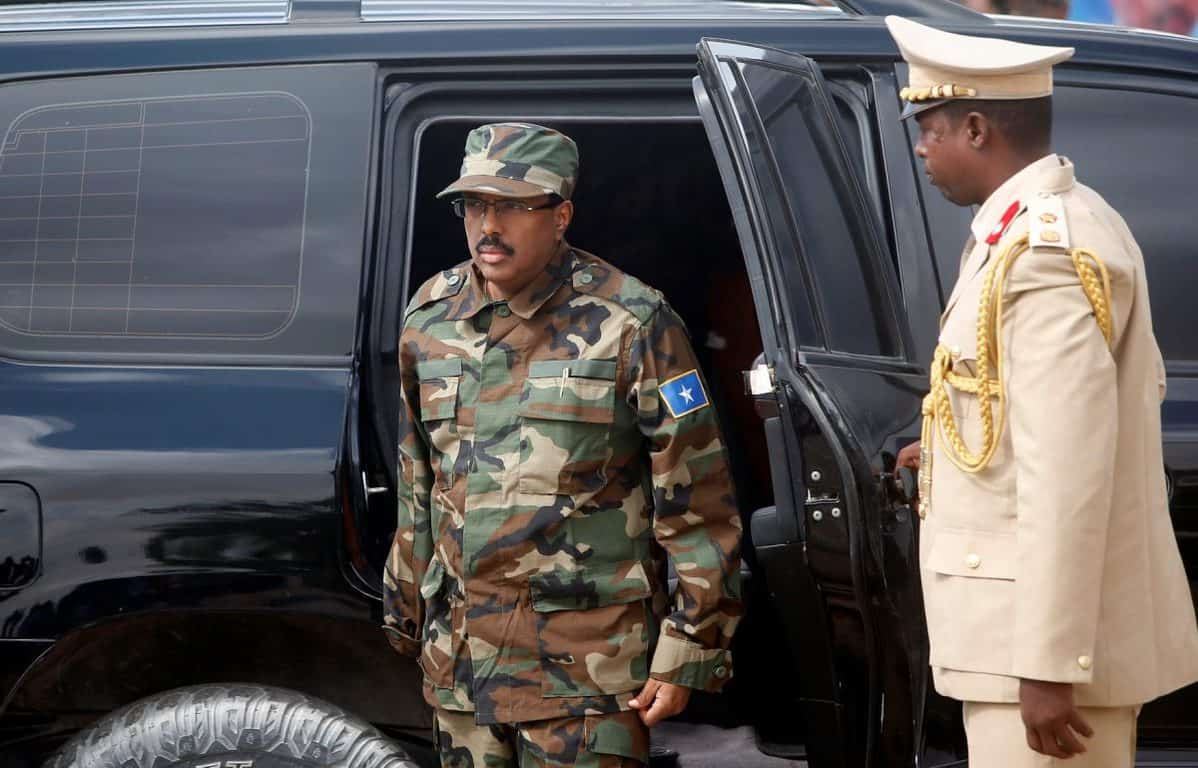 Somalia’s bid for a seat on the UN’s top human rights body should be rejected, as it fails to meet the basic membership criteria. The election of 18 new countries to the Human Rights Council will be held at the UN in New York tomorrow, October 12, 2018. See our full report on all candidates, and press release.

Somalia is a fractured territory, comprised of regions controlled by at least four different groups—the internationally supported national government, the al-Shabaab terrorist group, the semi-autonomous government in the Puntland region and the separatist government in the Somaliland region.[1]

Even in the area controlled by the national government, there have never been direct elections. The recent parliamentary elections, concluded in February 2017, saw delegates voted in by clan elders. The elections were characterized by numerous irregularities, including vote-buying, intimidation, threats, violence and kidnapping.[2] This was followed by an indirect presidential election, in which the newly-elected Parliament selected Mohamed Abdullahi Mohamed Farmaajo as president.[3]

The clan-based electoral process prevents ordinary citizens from participating in the political process.[4] In addition, with the so-called “4.5” formula, it gives disproportionate representation in parliament to the four largest clans, and marginalizes all other clans, giving them only a collective 0.5 share of seats.[5] Furthermore, the government lacks the ability to implement its laws even in areas under its nominal control.[6]

Arbitrary arrests and killings are routinely committed by all actors in Somalia, including government security forces.[7] Al-Shabaab continues to abduct people, and pirates continue to hold hostages.[8] Government-affiliated forces are accused of torture, rape, and excessive force against journalists, demonstrators and detainees, sometimes resulting in death or injury.[9]

A UN report published at the end of 2017 documented over 2,000 civilian deaths between January 1, 2016 and October 14, 2017. Though 60% of the deaths were attributed to al-Shabaab, 11% were attributed to State actors. The report also noted that Somalia’s intelligence and security agency routinely disregards human rights law while carrying out arrests and detentions.[10]

Several groups operating in Somalia, primarily al-Shabaab but also government forces, use child soldiers. Al-Shabaab abducts children to increase its numbers before certain operations and subjects its child recruits to various forms of abuse, including harsh training, executing other children, serving as human shields and suicide bombers, and planting bombs.[11] In May 2018, the UN Independent Expert commented that the use of children in armed conflict is “a grave violation of the children’s rights,” and called for the immediate release of all child soldiers.[12]

Women in Somalia are vulnerable to many forms of violence. They are subjected to rape and other sexual violence, including by government forces. Internally displaced persons and members of minority clans are the most vulnerable. Gang rape is a particular problem in urban areas.[13] Cases of rape in drought-affected areas have been on the rise with 300 cases of rape per month in the first half of 2017 (and over 900 cases in the month of June 2017 alone).[14] In addition, Somalia has the highest rate of Female Genital Mutilation in the world: 98 percent. At least three girls have died this year from hemorrhaging as a result of the procedure. [15]

Somalia’s civilian judiciary is nonfunctional, strongly influenced by corruption and clan-based politics, and not widely respected.[16] As a result, military courts try many cases not legally within their jurisdiction, and in proceedings not compliant with international standards for due process.[17]

Freedom of the press in Somalia is severely limited, though less so in government controlled areas. According to the website Reporters Without Borders, Somalia is among the worst countries for press freedom, with a ranking of 168 out of 180.[18] In Somaliland journalists were fined and arbitrarily arrested for defamation and other crimes. Between January and May 2017, five journalists were detained in south-central Somalia, 17 were detained in Somaliland, and 11 journalists were injured (nine by al-Shabaab and two in Puntland).[19] On April 2, 2017, television journalist Hanad Ali Guled was abducted and tortured.[20] On July 26, 2018, Somali cameraman Abdirizak Kasim Iman was shot dead in Mogadishu.[21]

Negative: At the General Assembly, Somalia backed human rights abusers through a resolution denying the right to sanction such regimes. Somalia also failed to support human rights victims, as it abstained or did not vote on resolutions on North Korea, Syria, Iran, Myanmar, Ukraine and Georgia.

[12] Somalia: UN expert urges action to stop children being kidnapped and used as fighters, Office of the High Commissioner (May 4, 2018), https://www.ohchr.org/EN/NewsEvents/Pages/DisplayNews.aspx?NewsID=23039&LangID=E.