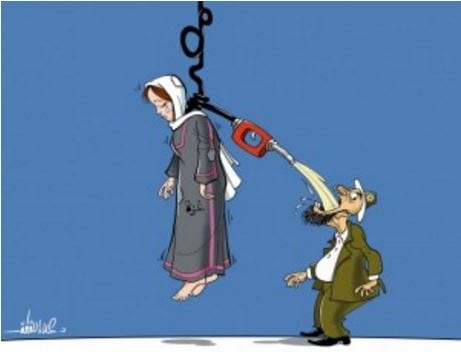 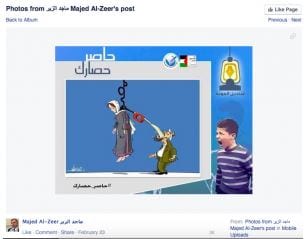 Above: Antisemitic image posted on Facebook by Majed Al-Zeer,
Chairman of the Hamas-linked Palestinian Return Centre,
which today is hosting an UNRWA official at its Geneva panel.
He deleted it after exposed by UN Watch.

GENEVA, September 17, 2015 – UN Watch urged UNRWA, the relief agency for Palestinians, not to legitimize a Hamas front group known as the “Palestinian Return Center” (PRC) and to stop its Brussels-based representative Elena Mancusi-Materi from addressing a panel event organized today at the UN Human Rights Council in Geneva.

“By legitimizing a known Hamas front group, this incident only underscores the serious questions raised recently about UNRWA’s neutrality in light of its failure to discipline at least a dozen UNRWA officials who, as documented in our report, are spreading racial hatred and inciting to terrorism on the Internet,” said Hillel Neuer, executive director of the non-governmental Geneva-based monitoring group UN Watch.

Hamas leader Ismail Haniyeh recently congratulated the PRC for winning UN status as a NGO, despite opposition by The PRC and its leadership have extensive,documented ties with Hamas, which is designated as a terrorist organization by the European Union, Canada, Israel, Japan, and the United States, and, its armed wing is designated a terrorist organization by Australia and the United Kingdom. PRC leaders also celebrated the Hamas kidnapping of three Israeli teens, cheered Hamas rocket attacks on Israeli civilians, and threatened “punishment” for PLO President and Hamas rival Mahmoud Abbas.