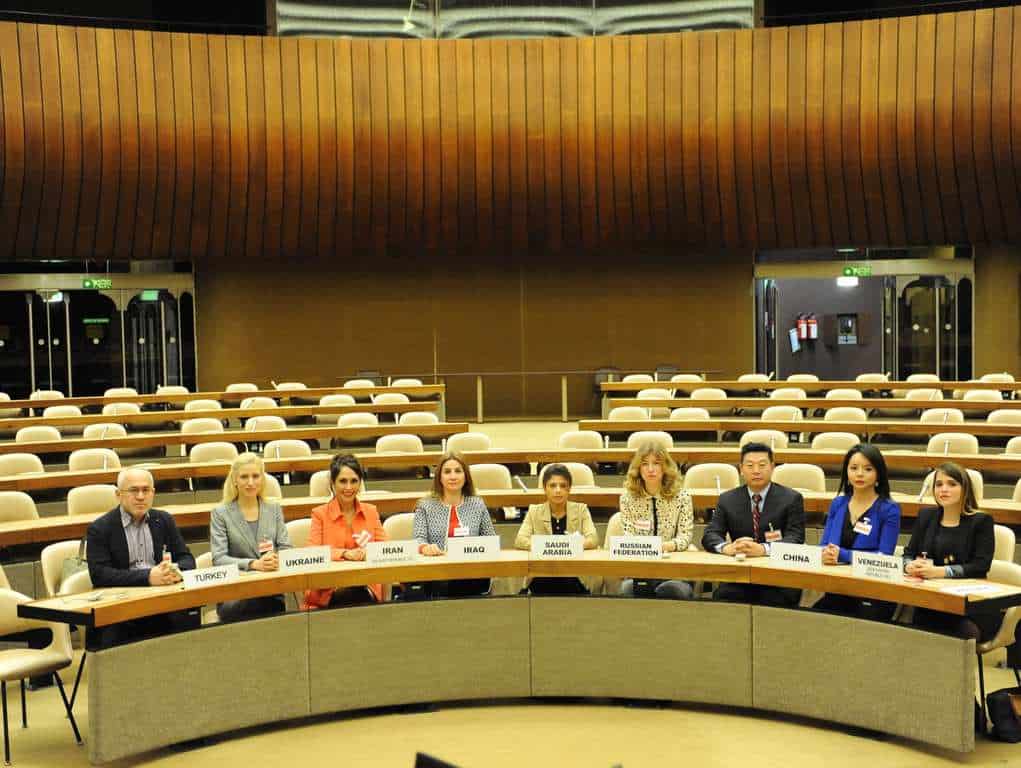 What if the UN Human Rights Council were composed of human rights heroes?

Seventy years ago, in May 1946, the first meeting of the UN Commission on Human Rights—headed by Eleanor Roosevelt and René Cassin—recommended that the new body be composed not of governments, but of highly qualified persons. If only.

In this photo, UN Watch dared to imagine what the world would be like if, instead, the UNHRC were made up of human rights heroes.

From left to right, here is our dream team, who joined UN Watch for the 2016 Geneva Summit for Human Rights: