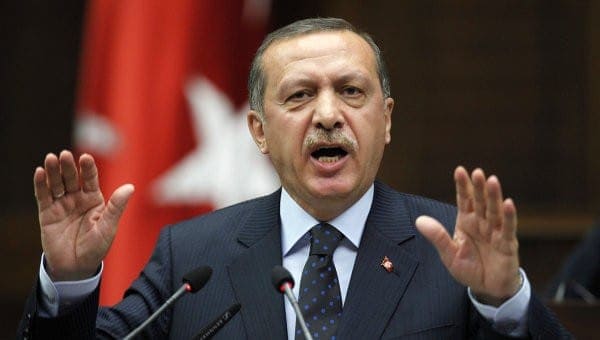 GENEVA, July 7, 2016 — Turkey played a key role as co-sponsor of the U.N.’s “internet freedom” resolution, even as it censors and shuts down access to websites such as Twitter, Facebook and Wikipedia.

The recent 32nd session of the United Nations Human Rights Council witnessed the continuation of a worrying trend: Turkey violates human rights and then advocates those very rights on the international stage at the U.N. — while democratic governments prove themselves complicit through silence.

At the June 2016 session, Turkey played a key role in the formulation and passing of a resolution on internet freedom. Turkey formed part of the core group, along with Brazil, Nigeria, Sweden, Tunisia and the United States, that submitted a resolution to the Human Rights Council on “The promotion, protection and enjoyment of human rights on the internet.” The resolution, which was adopted without a vote, “condemns unequivocally measures to intentionally prevent or disrupt access to or dissemination of information online in violation of international human rights law” and “calls on all States to refrain from and cease such measures.”

All the while, President Erdogan’s increasingly authoritarian government has continued to implement policies which directly contravene the prescriptions of the resolution. Erdogan’s government practises restrictive censorship and policing of the internet. In the wake of recent terrorist attacks in Istanbul, Turkey effected multiple media blackouts, while the European Court of Human Rights ruled in December 2015 that the government’s prolonged blocking of video sharing site YouTube was illegal. In the second half of 2015, Turkey made more requests than any other nation to remove or block content on Twitter.

The suppression of internet freedoms is part of a wider, systematic attempt to stifle free speech in Turkey. These efforts came to a head in March, 2016, when the government seized Turkey’s largest newspaper, Zaman. The actions were met with strong condemnation, including from the UN High Commissioner for Human Rights.

And yet states like Sweden and the US, who profess to be standard bearers for human rights, are happy to enable Turkey in its bid to whitewash its own abuses, content for them to join as cosponsors on key UN resolutions.

This pattern of events is a near carbon copy of proceedings at the 31st session of the Human Rights Council, which took place in March. Then, Turkey joined Costa Rica and Switzerland as a sponsor of a resolution on “The promotion and protection of human rights in the context of peaceful protests.” Turkish police killed 11 and injured some 8,000 people in 2013 during the Gezi Park protests.