Manshiet Bani Hashim Prep School is an UNRWA school in Jordan. The Facebook page in its name has 1,294 likes. In November 2016, as Israeli forests and communities were burning from fires, some caused by arson, this UNRWA school celebrated. In one image, the Israeli flag is being burned. One also sees how the school’s murals erase Israel from the map, as does student artwork. 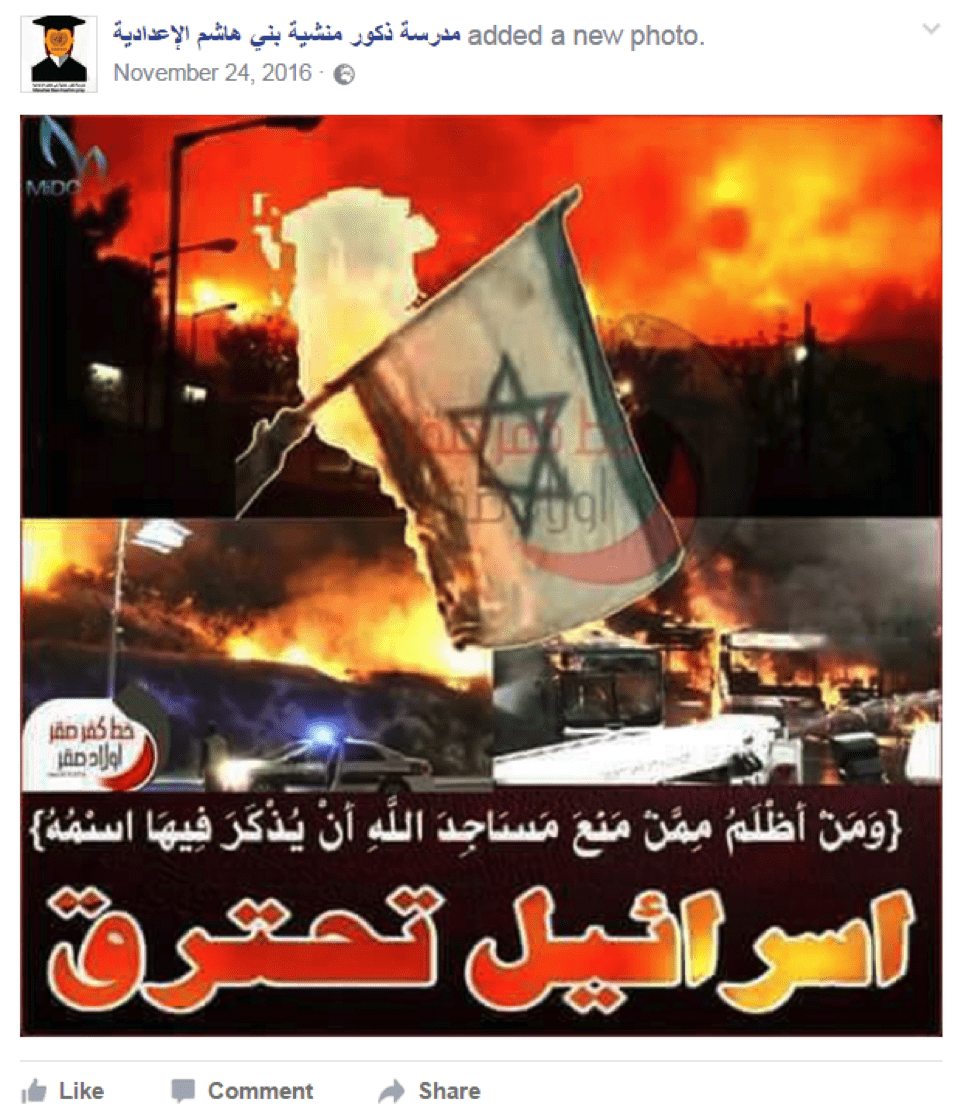 UNRWA’s Manshiet Bani Hashim School posts image of Israeli community burning during the November 2016 wave of fires, including from arson and terrorism. Image 2 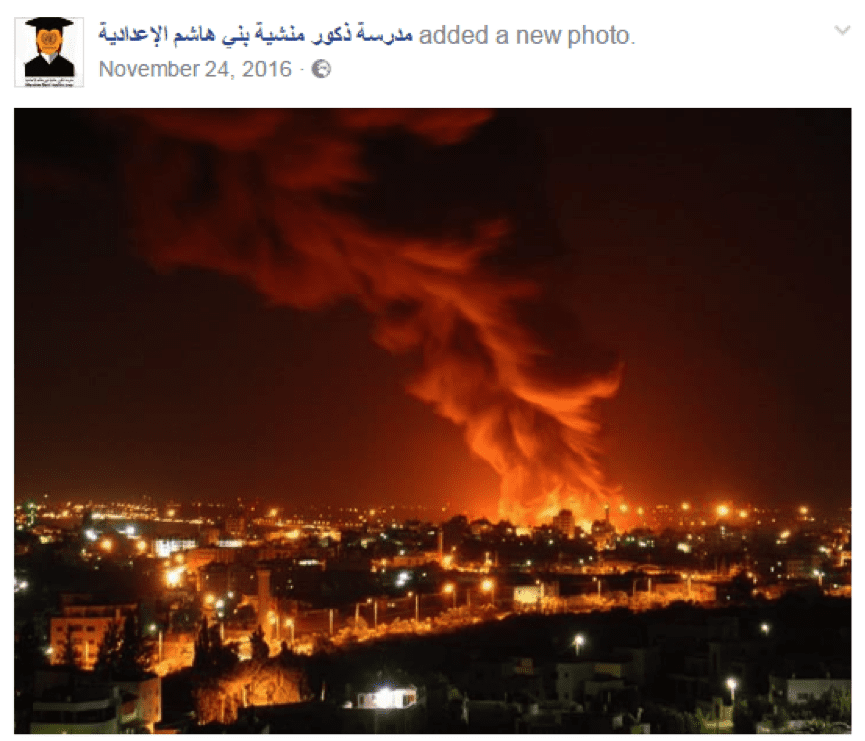 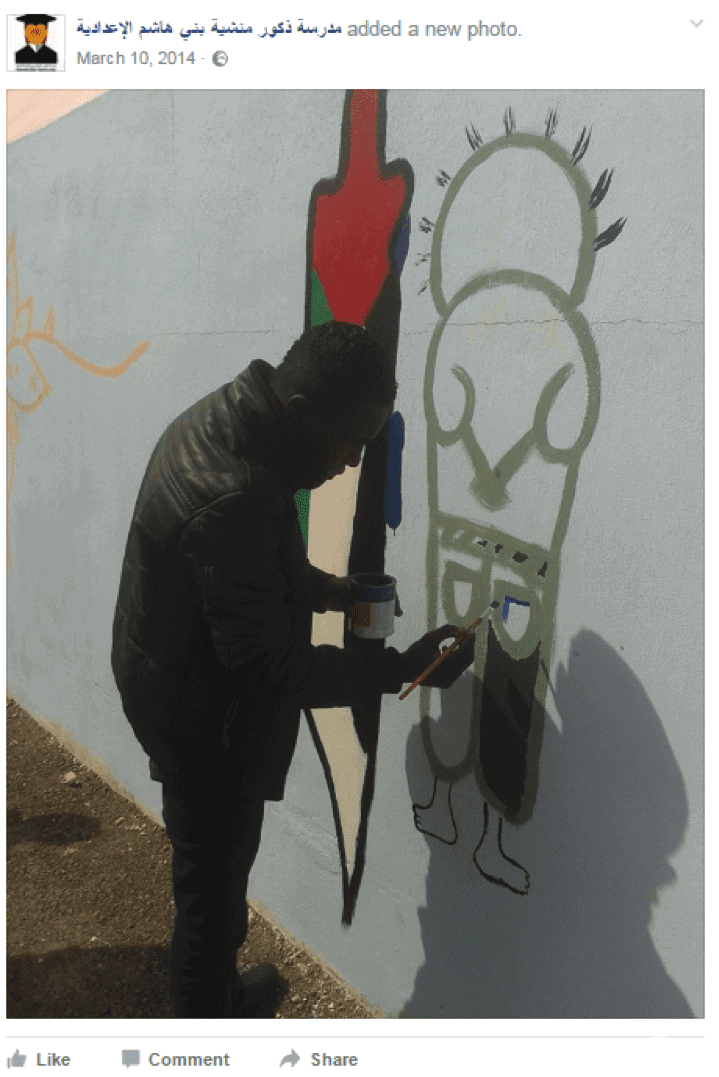 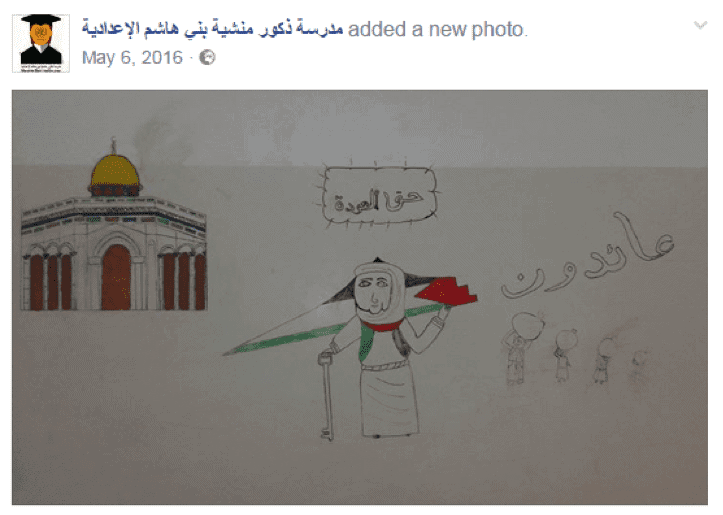 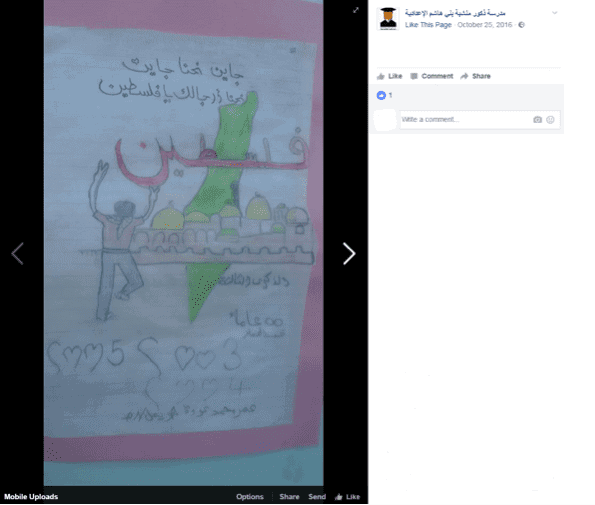