It is a complete lie. I know nothing about such a cartoon, and would never publish such a thing, ever.

Then he promptly deleted it and issued a non-apology apology. See the ridiculous exchange captured below, or on his blog. 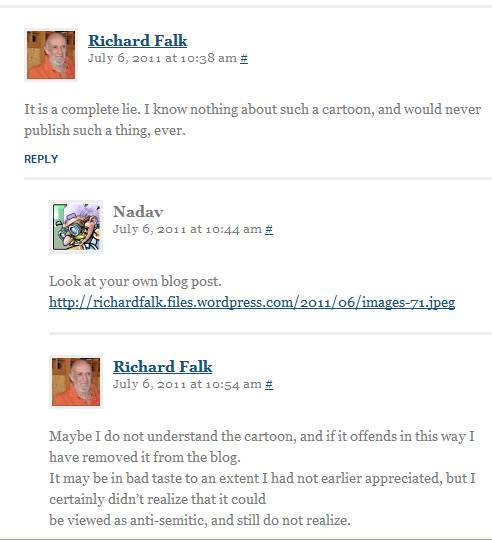