PRESS RELEASE
UN Watch’s international forum on Iran to include first lawyer of 26-year-old Reyhaneh Jabbari, who was executed by Iran on Saturday 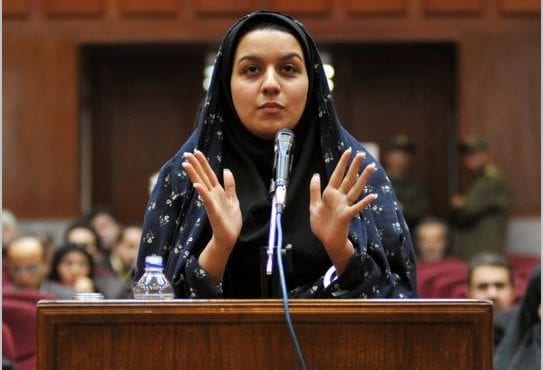 GENEVA,  Oct. 28, 2014 – One day before Iran goes before a United Nations examination of its human rights record, the non-governmental organization UN Watch will convene an international forum of Iranian victims, activists and experts this Thursday, October 30th, to expose gross and systematic violations that are covered up in the regime’s written submission to the UN review session. (See excerpts below.)

The UN Watch parallel event, to take place inside the UN’s European headquarters at the Palais de Nations in Geneva, will feature leading figures on the subject of human rights in Iran, including:

Mohammad Mostafaei – Iranian human rights lawyer who was forced to flee the country after being persecuted by the authorities for his defense of individuals facing the death penalty. Mr. Mostafei was the first lawyer of Reyhaneh Jabbari, a 26-year-old woman who was just executed by Iran on Saturday for allegedly killing the man who was trying to rape her. Mr. Mostafaei is the founder and director of Norway’s Universal Tolerance Organization. In 2011, he was awarded PEN’s Ossietzky Prize.

Sepideh Pooraghaiee – Iranian journalist and human rights activist who was jailed for 110 days in Tehran’s notorious Evin Prison. Ms.  Pooraghaiee recently fled Iran, finding asylum in France, after she was threatened by the government for reporting on its crackdown against peaceful protesters. “I was in danger because I know the truth,” she says. “And it was bad for them.”

Marina Nemat – Iranian dissident, former prisoner of conscience and best-selling author, now living in Canada, who was jailed as a political prisoner in Tehran when she was only 16 years old. During her incarceration for two years in the infamous Evin Prison, she was interrogated, tortured, faced execution, and was raped by a prison guard who she was coerced to marry. Ms. Nemat was the recipient of the European Parliament’s inaugural Human Dignity Prize in 2007, and in 2014 was awarded UN Watch’s Morris B. Abram Human Rights Award.

Sohrab Ahmari – London-based editorial page writer for the Wall Street Journal. Born in Tehran, Mr. Ahmari was interrogated by Iranian security officials as a child when he accidentally brought a Star Wars video cassette to school. He holds a law degree from Northeastern University and previously served as a nonresident fellow at the Henry Jackson Society. An alumnus of Teach for America, Mr. Ahmari is co-editor of “Arab Spring Dreams,” an anthology of essays by young dissidents in the Middle East (Palgrave Macmillan, 2012). 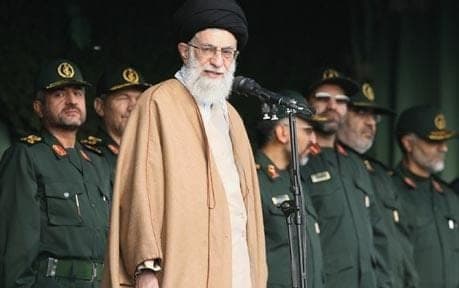 ● “The laws of Iran repudiate all forms of torture.”

● “In order to protect the rights of the people, the Supreme Leader has communicated the following general policies in 2014: […] the need to fulfill the legal and religious rights of women… the protection of legitimate freedoms and the protection of the nation’s fundamental rights.”

● “In all stages of prosecution, including detection, investigation and implementation of sentence – irrespective of race, religion, gender or ethnicity – fairness is of paramount importance.”

● “Consistent with article 14 of the Constitution, the Government is required to treat non-Muslims with respect and Islamic justice and equity, and to respect their human rights.

● “Alongside the recognized religious minorities, the rights of all citizens – including the followers of the Baha’i sect – are respected.”

PrevPreviousUN Watch forum on Iran to feature lawyer of 26-year-old Reyhaneh Jabbari, who was executed by Iran on Saturday
NextIssue 511: Nazareth Priest Tells U.N. in Arabic: "Israel is only country in Mideast where Christians live in safety"Next