Yadlin on 35th anniversary of Osirak: "Every pilot fought to be in the group of eight to fly"

On this day 35 years ago, Israel destroyed Saddam Hussein’s nuclear reactor, one of the most important military surprises of all time.
In response, the United Nations Security Council unanimously adopted a resolution “Strongly condemning the military attack by Israel in clear violation of the Charter of the United Nations and the norms of international conduct.”
Ten years later, after Saddam Hussein invaded Kuwait and threatened the peace and security of the world, the United States effectively apologized to Israel for its shameful UN vote—click here for the video clip. 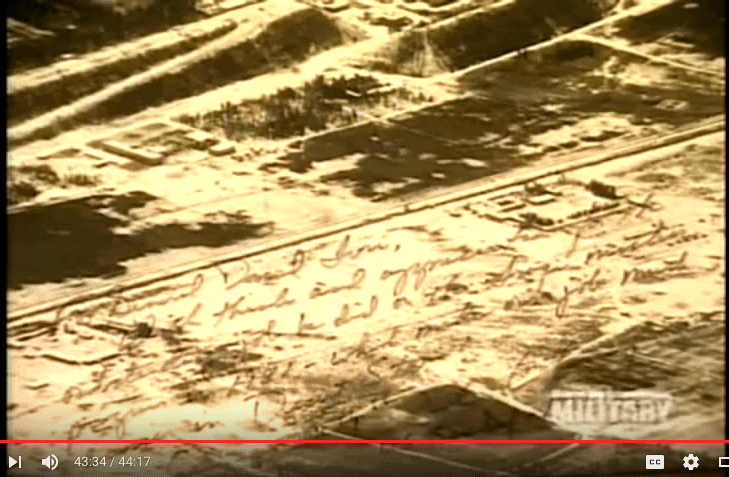 American satellite photo of what was left of the Iraqi nuclear reactor, a gift from Dick Cheney, the United States defense secretary during the 1991 Persian Gulf war, sent to David Ivry, former Israeli Air Force commander, with this signed dedication: ”With thanks and appreciation for the outstanding job you did on the Iraqi nuclear program in 1981, which made our job much easier in Desert Storm!”
Major-General Amos Yadlin (Ret.), one of the eight Israeli air force pilots who conducted the extraordinary June 7, 1981 raid, and the first one to drop the bombs on the Osirak reactor, spoke last week at the 2016 UN Watch Gala Dinner in Geneva, Switzerland.
This mission was 35 years ago, which is a lot of time. For 10 years, we were forbidden to talk about it — it was top, top, top secret.
Then after the first Gulf War, when Saddam Hussein wasn’t that big anymore, we were allowed to start and brief about it, mostly in the air force, and some other places in the Israeli military.
And for 10 years, I was speaking about these sorties. After 10 years, I said enough is enough. And the last 15 years, I basically refused to talk about it. But I cannot resist Alfred. [Ambassador Alfred Moses, Chair of UN Watch.]
And since you ask, it is an important mission in the history of Israel, because never before was a nuclear reactor pre-empted to save a nation.
There was an attack, even in WWII on nuclear facilities, but it was not a case of one tactical mission that basically decided the fate of a nation and the history.
But as a young fighter pilot, you know today from my sixties, 30 years old today looks to me very young. A young fighter pilot, you are not interested in history.
You’re interested in taking your flying machine, flying 1000 kilometers, which is beyond what the designer of the airplane thought that it can fly without refueling—we didn’t have refueling capabilities in the early 80s; without GPS; without even reconnaissance picture of the target; and do all this in time of a war. Iran and Iraq were in a war at the time. So the level of alert and readiness was very, very high.
And you come to an area were there are no mountains, a valley between the two rivers, the Euphrates and the Tigris. And you know that you will be discovered and be picked up by the early warning radars. So a very tough mission for a fighter pilot.
But every pilot in the squadron was fighting to be in the group of eight and to fly.
So it was a professional mission, but I always, between year 10 to year 20 when I spoke about it, I say: the heroes of this mission, this historical mission are not the pilots. The heroes are those who have taken the decision to do it. This is leadership, this is a leadership that takes tough decision, even if they know what are the risks and consequences.
And I was lucky enough in 2007 to be among those decision makers, and only then I understood myself why it’s so important and so difficult to be the decision maker, because…
Let me end this part of the interview with a small anecdote. In the Israeli air force, the culture is that every second lieutenant can challenge a general or the commander of the squadron or the commander of the wing, the commander of the base.
And, among the right pilots, there was only one pilot who had not participated before in the Yom Kippur War. And he raised his hand in the briefing and asked the air force commander:
“Look we are going to destroy the nuclear reactor of Iraq, but I think this is very risky. According to all our calculations, four out of eight will not come back. We will destroy the nuclear reactor, but the Iraqis will have more motivation. They have a lot of money from oil, and the French will sell a reactor to whoever gives them a billion dollars. And within two years, there will be a new reactor there. So what are we doing? Is this worthwhile?”
Interesting question to the air force commander general. The air force commander general was about to answer it, but there was one general with a higher rank there, the chief of staff, the Ramatkal, Raful Eitan. A farmer from the moshav, I suspect he never graduated high school, but he gave a speech that I will take with me until my last day, on the difference between theory and practice.
And he said, “you know, it will not be two years. Because until Saddam Hussein will understand what happened, and he will have to think whether the Israelis will come again, and he already allocated his money, and the French may be hesitating to sell. It will not be two years, it will be five years. And for five years, you can risk your life. Because you volunteered to be a pilot, and that is a mission to do.”
Thank God, it’s 35 years, and maybe even more.