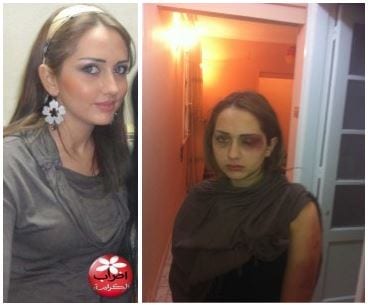 GENEVA, June 1 –  Today’s UN Human Rights Council emergency session on Syria should call for a reversal of the recent election of the Assad regime to a UN human rights committee, a Geneva-based human rights organization will tell the 47-nation body this afternoon on behalf of 55 NGOs and MPs, in a speech to be delivered by 20-year-old student Hadil Kouki, a Syrian torture victim and recent exile. (SEE HER UN SPEECH BELOW)

News reports this week cited French President Hollande announcing the expulsion of Syrian ambassador Lammia Shakkour — but in fact she will stay put as Assad’s representative to the Paris-based UNESCO’s human rights committee.

“That President Bashar al-Assad was recently elected and is allowed to stay on a UN human rights committee while his regime mercilessly murders its own people is immoral, indefensible and an insult to Syria’s victims,” said Hillel Neuer, executive director of UN Watch, which heads a campaign of 55 parliamentarians, human rights and religious groups calling for Syria’s expulsion.

“Keeping Syria on a committee charged with protecting human rights undermines the credibility of UNESCO’s mission, and Syria’s membership is a lingering stain upon the reputation of the UN as a whole,” said Neuer.

After UNESCO elected Syria to its human rights committee in November, UN Watch launched a campaign to reverse the decision. UN Watch had received notice from the British Foreign Office that it would seek to cancel Syria’s “abhorrent” membership. The US and Britain then initiated a March debate on Syria at UNESCO, which condemnded the regime, but fell short of removing it from the committee.

My name is Hadil Kouki, and I am a 20-year-old exile from Hasake, Syria.

On March 10, 2011, I was arrested by the regime for distributing pro-democracy leaflets at my university in Aleppo. I was thrown in jail for forty days.

In August, and again in October, I was arrested for bringing medical supplies. I was thrown back in prison for another forty days. I was tortured, and abused.

The massacre in El-Houleh was clearly an act of the Assad regime. The village where some 130 people were brutally murdered has been known from the beginning of the revolution as one of the most vibrant centers in the struggle for a free and democratic Syria.

I personally knew some of the people who were murdered. Fatima, only 25 years old, was my friend at Aleppo university, where she was studying history. She and her two infant daughters were found decapitated in their house in El-Houleh. Her son’s body was found with his arms and legs cut off.

Fatima’s husband Mohamed was killed by Assad’s forces two months earlier, when he tried to shield peaceful demonstrators from deadly bullets. This is further proof that the people of El-Houleh were massacred for their opposition to the Assad regime.

Can the people behind such atrocities really be trusted to carry out the Annan Plan to end violence?

How is it that at least three of the governments which shield Assad, and aid his mass murder, are allowed to sit here on this council of human rights?

Why did the United Nations recently elected Syria to UNESCO’s human rights committee? What kind of signal does this send? When will this council demand that Assad be removed?

Madam President, I wish to thank those friendly governments that have provided vital aid to me and many other victims. But as we speak, my people are being killed. The time to act is now.