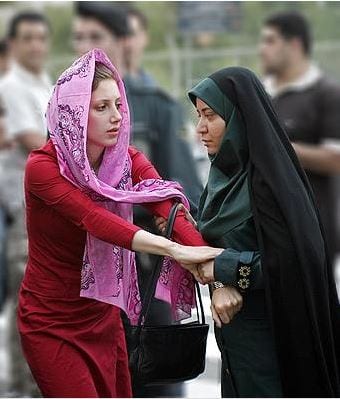 FOR IMMEDIATE RELEASE
UNITED NATIONS, April 13, 2015 – Out of possible deference to the nuclear talks with Iran, the EU and the US failed to stop the fundamentalist regime from winning a top post on UN Women, the world agency for women’s equality and empowerment, in sharp contrast to the West’s easy defeat of Iran’s 2010 bid by backing an alternative candidate, said UN Watch, the Geneva-based rights group, in a statement today.
“Electing the Iranian regime to the UN women’s rights board is like making a pyromaniac into the town fire chief,” said UN Watch executive director Hillel Neuer. “The UN’s decision is an insult to all Iranian women and to all women’s rights advocates around the world,” he added.
In letters sent today (see PDFs above), UN Watch urged UN Secretary-General Ban Ki-moon and EU High Representative Federica Mogherini to at least condemn the decision, “which sends absolutely the worst message to Iran’s women’s rights defenders, and to the world, concerning Iran’s dismal record on child marriages, forced head-coverings, domestic violence, and gender inequality,” said Hillel Neuer, Executive Director of UN Watch.
“By elevating Iran to a global leadership post on women’s equality, the UN is legitimizing a regime that systematically treats women as second-class citizens.”
“The UN’s election of Iran by an overwhelming two-thirds majority is a moral outrage that threatens to undermine the UN Secretary-General’s own report on Iran’s pervasive discrimination against women,” said Neuer. Iran won 36 out of a possible 54 votes from the UN Economic and Social Council.
“Iran is considered one of the worst countries in the world on women’s rights, ranking 137th out of 142 countries in the latest Global Gender Gap Index of the World Economic Forum,” said Neuer.
Free Pass for Iran? EU & US failed to back alternative candidate
UN Watch pointed out that in 2010, the US and the EU strongly backed an alternative candidate, the otherwise weak East Timor, causing Iran to lose its bid that year for a seat the Executive Board of UN Women.
“This time, possibly in deference to the Iran nuclear talks, the West failed to back any alternative candidates. Although the U.S. admirably called a vote in protest, this came at the last minute and with no other candidates on the ballot, meaning Iran’s victory was guaranteed,” said Neuer.
“Did the U.S. and EU deliberately give Iran a free pass? This is something that that US and EU lawmakers should demand to know,” said Neuer.
“What makes Iran such an offensive choice is not only its abysmal record on women’s rights but also the fact that it’s aggressively going after women’s rights defenders who courageously speak out against misogynistic laws in the country,” he added.
“Time and again, Iran shows contempt to the founding purpose of UN Women, and should never have been elected to its board.”
Election of Iran Undermines UN Chief’s Own Report
In February, Mr. Ban reported to the UN Human Rights Council on Iran’s abysmal record on child marriages, forced head-covering enforced by morality police, acid attacks, domestic violence, spousal rape, state-enforced control of women by their husbands, and gross inequality in the workplace, education and public sphere.
Although UN officials sometimes claim their inability to criticize elections by member states, UN Watch’s letter to Ban recalled that UNESCO chief Irina Bokova rightly criticized the 2011 election of Syria to two human rights committees.
“Accordingly, we urge you to speak out forcefully against this cynical attempt by Iran to undermine the global struggle for women’s equality and empowerment,” wrote Neuer in the UN Watch letter to Secretary-General Ban.
Iranian Journalist Masih Alinejad Condemns Election of Regime 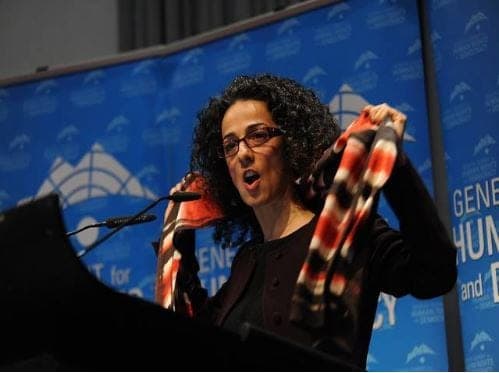 Writing to 700,000 followers of her Facebook page for Iranian women’s rights, journalist Masih Alinejad, winner of the 2015 Geneva Summit Women’s Rights Award, called the election “an insult to many Iranian women who are suffering from the lack of equal rights.”
“The existing laws in my country do not allow me as a woman to walk in public without wearing the veil; I, as a woman, do not even have the freedom to choose my own dress. The laws of the Islamic Republic of Iran do not allow me to travel or get an education without the permission of my husband. I cannot even get married without the permission of my father.”
“The laws in my country do not allow women to sing solo as our voice allegedly runs the risk of provoking men. Under laws of the Islamic Republic, my share of inheritance is half of that of my male relatives. Under the laws of the Islamic Republic, just last year more than 18,000 women ended up in court for being ‘badly veiled.’ UN Women was created by the United Nations as a body for gender equality and for the empowerment of women. If so, isn’t it an insult to women to give the leadership role to those governments that oppress their own women?”