Exclusive: Under Arab pressure, UN set to reject vetted nominee, instead pick Indonesian with partisan record as next Palestine investigator

PRESS RELEASE
Diplomats say that Indonesia’s former UN envoy is slated to become the next Human Rights Council monitor for Palestinian issues, but his objectivity is being questioned 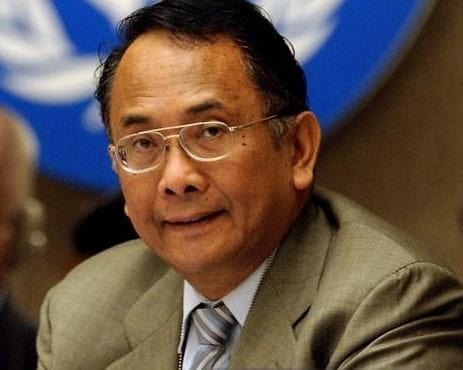 GENEVA, March 26, 2014 – According to an exclusive report by the Geneva-based UN Watch monitoring group, diplomats report that the UN Human Rights Council president, under intense lobbying from Arab states, is planning to reject a U.S. academic who was vetted to become the next human rights monitor for the Palestinian territories, and instead give the high-level post this Friday to Indonesia’s former UN ambassador, Makarim Wibisono.
Despite a unanimous recommendation submitted to the president by the UNHRC’s 5-member vetting committee, Arab states have threatened to veto the appointment of Georgetown University law school lecturer Christina Cerna.
In her application, Cerna said she saw the task “as one of working towards the ending of the occupation,” which involves “humiliation and anger.”
Nevertheless, in a series of letters to the UNHRC president seen by UN Watch, the Arab League is objecting that she does not have a prior record of statements on Palestinian issues.
“The real issue is not the nominees, but the biased position itself,” said UN Watch executive director Hillel Neuer. “This is the only council mandate that requires the examination not of a given region but of only one side, with the specific instruction to investigate ‘Israel’s violations of international law’ in the territories, while completely disregarding human rights abuses against women, Christians, and dissidents that are being committed by Hamas, Fatah, Islamic Jihad or others.”
At the same time, UN Watch expressed “serious questions” about Wibisono’s satisfaction of the post’s objectivity requirement.
In addition to representing a government that rejects any official diplomatic relations with Israel, Wibisono went to Gaza in 2010 to meet with the leader of the Iranian-backed Hamas terrorist organization.
Wibisono has also demonstrated a disconcerting pattern and practice of “one-sided and inflammatory” statements:

The outgoing UN rapporteur, Richard Falk, was condemned by UN chief Ban Ki-moon for promoting the writings of 9/11 conspiracy theorists.