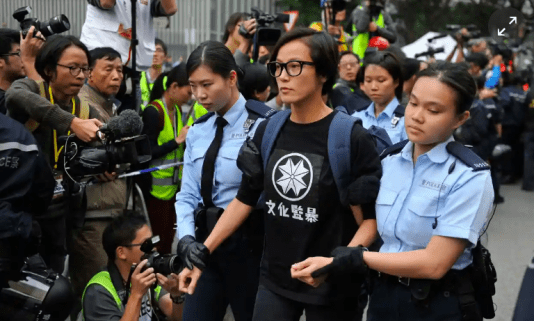 The Hong Kong-based producer and singer, a pro-democracy and LGBTQ rights activist popularly known as HOCC, has been invited by the non-governmental human rights groups UN Watch and Human Rights Foundation.

Ms. Ho will speak about her experiences as a leader in Hong Kong’s pro-democracy movement, after 2 million people—more than a quarter of the city’s total population—gathered to protest the extradition bill last month.

“I am hoping to raise awareness to the critical situation in Hong Kong, where our fight for democracy has risen to a new level. We have been facing great difficulties, with excessive force used by the police, and our demands falling on deaf ears,” she said.

Ho hopes that by discussing the issue on a global stage, she can raise awareness about China’s influence both in Hong Kong and around the world.

“This is an issue not solely concerning Hong Kong, but also the global community. With China widely interfering in Hong Kong government’s affairs, the UN needs to address these issues, and help Hong Kong regain its democratic rights. We need to condemn any country who is silencing people who are against their policies,” she said.

Ho was a leading supporter of the 2014 pro-democracy Umbrella Movement and was arrested for taking part in the nonviolent pro-democracy protests. Due to her activism, the Chinese government banned her from performing in China and moved to censor her music.

Despite resistance from the Chinese government, she continues to campaign for democracy in Hong Kong and oppose policies that threaten the current “one country, two systems” model.

“With the students being in the front lines, since the 2014 Umbrella Movement until recent days, giving their everything to safeguard our city, I have seen great character from our young people and also from HongKongers, and I shall be standing on their side as long as they are still fighting for hope, and our home,” she said.

The Geneva-based UN Watch, founded in 1993, regularly invites dissidents and families of political prisoners to speak at the United Nations, and to address its annual Geneva Summit for Human Rights, co-sponsored with 25 NGOs.