UN Watch in partnership with UN Women (National Committee, Austria), the Vienna NGO Committee on the Status of Women and the Diplomatic Academy of Vienna recently held a human rights conference featuring dissidents from Cuba, Iran, and Mauritania. The event, which took place on the International Day for the Elimination of Violence Against Women, was covered by the Austrian Press Agency , upon which is based the  following article. (Original German here.) 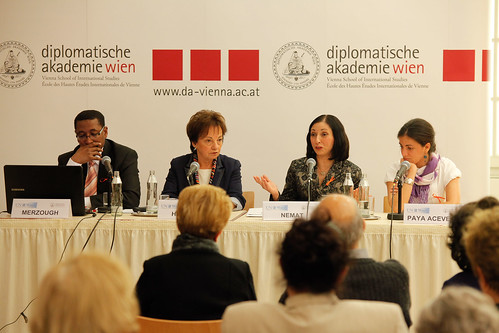 Marina Nemat: “Tehran’s leadership is a sheep in wolf’s clothing”

VIENNA, November 26, 2013 – Iranian human rights activist and author Marina Nemat has little confidence in the new president Hassan Rouhani, who she fears the West considers to be moderate and conciliatory, especially after the recent agreement in the nuclear dispute.

The Tehran leadership wants the international community to lift sanctions to ease suffering of the Iranian people, Nemat said, but “a change must come from within.”

Today’s mullahs care only for “money and power” 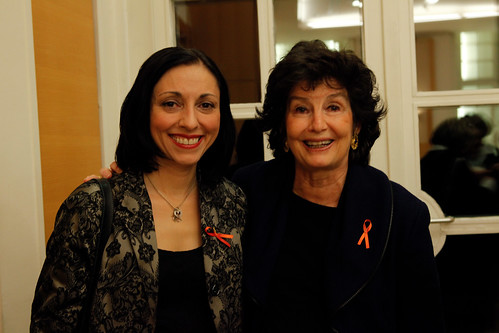 According Nemat, who as a 16-year-old in wake of the Iranian revolution had been imprisoned and tortured for two years in Tehran’s notorious Evin prison, the ruling mullahs today are obsessed with “money and power”.

Nemat, an Iranian Christian, sought asylum and now lives in Canada and is not hopeful for the future of those she left behind.

Rouhani a reformer? Nemat does not think so: “The same people are in power, they only put on a different face .”

When the revolution swept the Shah, most Iranians would not have known what “an Islamic republic” meant, Nemat recalled. The people hoped for democracy; “but democracy does not work by itself.” She herself was imprisoned because she had criticized the revolutionary leader Ayatollah Khomeini.

In prison, torture was meant to “kill the soul,” she recounted. Nemat was subjected to sexual violence. She was only released because she agreed to marry a guard and convert to Islam. In 1991, she managed to escape to Canada, where she resides today. Her book “Prisoner of Tehran” was a success. “Silence kills, silence is a weapon of mass destruction,” said Nemat.

The panel also brought to light the horrific human rights abuses of Mauritania through the experience of dissent Abidine Merzough, the son of freed slaves who now lives in Germany. 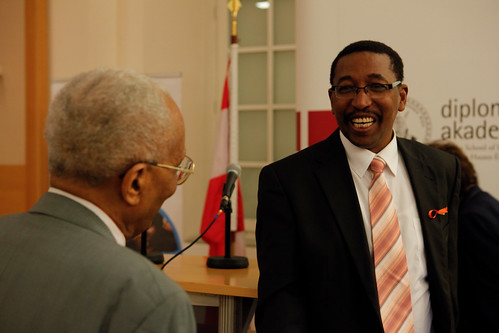 “The Islamic Republic of Mauritania is number one in slavery,” Merzough said. The country’s Baydhan ethnic group accounts for approximately 25 percent of the population and “exercises a monopoly on power,” he said. The Baydhan are ethnically Arab  and have enslaved the black African majority population. The country is ruled by an interpretation of Islamic law that distinguishes allows slavery.

The activist described the hopeless fates of little girls who are raped by their “bosses” and receive no help from the police. Merzough blames the relatively new Islamization of his native country, where Al-Qaeda recruited many Africans to fight.

Cuba: A country of discrimination 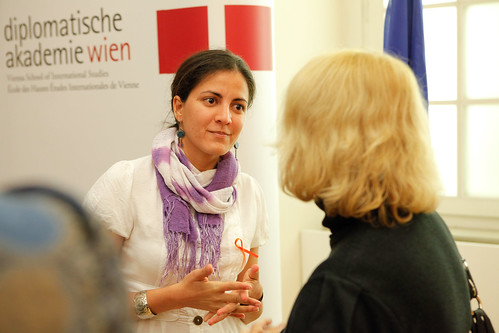 Also joining the panel was Rosa Maria Paya Acevedo, daughter of renowned Cuban dissident and democracy advocate  Oswaldo Paya, who was killed in 2012 under mysterious circumstances in a car accident. Today, she carries on the work of her father, who founded the democratic Christian Liberation Movement and was winner of the Sakharov Prize for Human Rights.

“In Cuba, there are many types of discrimination,” said Paya, who now lives in the U.S. with her mother and brother. Internet access is not free, students may at any time be excluded from universities, and private companies are suddenly and abruptly shut down.