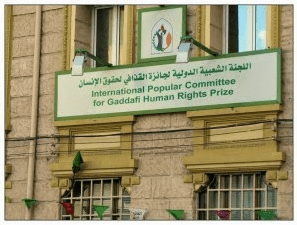 On the 10th anniversary of the PLO-requested World Court advisory opinion that declared Israel’s security barrier illegal, and which declared that Israel could not invoke the right of self-defense, it’s worth recalling one of the opinion’s most underreported flaws: its reliance on the findings of UN official Jean Ziegler — founder and 2002 winner of the “Al-Gaddafi International Prize for Human Rights” — as a credible source of fact and law. (ICJ Opinion, p. 190)

The court invoked the Swiss clown as an expert only two years after Ziegler went to the annual Tripoli ceremony for the Gaddafi regime to place the human rights award around  his neck, something he completely denied until UN Watch found the video. See Ziegler getting the prize at minute 1:22: 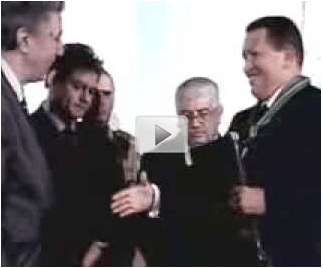 With UN’s Jean Ziegler at the dais, Hillel Neuer asks him to return Qaddafi Prize money