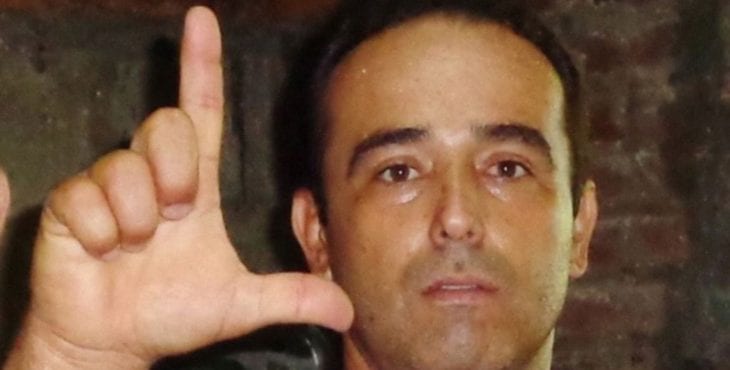 GENEVA, March 7, 2019 – The Swiss non-governmental human rights group United Nations Watch announced today, in a written filing that will be circulated next week by the UN Human Rights Council ahead of its March 12th debate on human rights situations that require the world’s attention, that Cuba’s most famous political prisoner—Dr. Eduardo Cardet, leader of the Christian Liberation Movement—won a UN ruling calling for his release.
The United Nations Working Group on Arbitrary Detention, a quasi-judicial panel of five experts, upheld in full a petition filed by United Nations Watch, a leading voice for Cuban dissidents, and determined that Cuba is “arbitrarily detaining” dissident Dr. Eduardo Cardet, who has been imprisoned by the regime since November 30, 2016, for criticizing Fidel Castro.
In its Opinion no. 66/2018 (unofficial English translation here), the Working Group found that Cuba arrested Dr. Cardet without a legal basis. The UN panel called on Cuba to immediately release Dr. Cardet and grant him reparations.
The Working Group found that “the deprivation of liberty of Mr. Eduardo Cardet Concepción is arbitrary,” noting specifically that it contravened the following Universal Declaration of Human Rights guarantees: the right to be free from arbitrary arrest, the right to a fair trial, the right to presumption of innocence, freedom of conscience, freedom of expression, and freedom of association.
An independent and impartial UN body, the Working Group consists of experts from Australia, Benin, Mexico, South Korea and Latvia. Cuba argued that the arrest, imprisonment and trial of Dr. Cardet should be considered legal under domestic and international law. In reaching its decision, the Working Group upheld the legal arguments made by United Nations Watch and rejected all of Cuba’s arguments seeking to justify its imprisonment of Dr. Cardet.
“This is an important decision by the Working Group,” said United Nations Watch Executive Director Hillel Neuer. “The Cuban government holds onto power by suppressing democracy. It routinely punishes political dissent through an array of human rights abuses including arbitrary arrests, beatings and other cruel and inhuman treatment, and harassment of activists and their families. Following its thorough review of the facts and evidence, the Working Group has found that Cuba’s treatment of Dr. Cardet, a pro-democracy activist, violated his rights under international law. We call on Cuba to honor the UN body’s decision, and to immediately release Dr. Cardet.”
___________
MORE INFORMATION
Highlights of the Working Group’s decision are as follows.
Concerning the legal basis for Dr. Cardet’s arrest, the Working Group concluded (at Paras 47-49):
In the present case, state security officials, without identifying themselves, arrested Mr. Cardet Concepción in a violent manner, without explanation. They did not show an arrest warrant, nor did they inform him of the existence of criminal charges against him. In addition, Mr. Cardet Concepción was not brought promptly before a judge. There was no independent judicial control of the detention. On the contrary, he was taken to a local police station, where he was beaten again and held incommunicado for nine days. He did not have access to a lawyer. He was denied visits and phone calls, his family was unaware of his whereabouts… In view of these considerations, in the absence of a warrant of arrest and subsequent incommunicado detention, lack of judicial control, legal, medical and family contact, the Working Group must conclude that there was no legal basis for the arrest, so that the detention is considered arbitrary under category I, being contrary to Articles 9 and 10 of the Universal Declaration of Human Rights.
Concerning the violation of Dr. Cardet’s rights to freedom of expression and freedom of assembly, the Working Group concluded (at Paras 52-54):
In the present case, two days after Mr. Cardet Concepción made public statements against the former President of the Republic, in the peaceful exercise of his human rights, he was arrested on the street by officers of the State Security forces. Likewise, this detention was preceded by threats and harassment by official agents to the family of Mr. Cardet Concepción, who were told the authorities would arrest him for being counterrevolutionary. In addition, agents of the State Security forces have repeatedly threatened and harassed Mr. Cardet during his detention, both before and after his conviction, telling him that if he gives up his beliefs and opinions he will be released… In view of the foregoing, the Working Group considers that the Cuban authorities deprived Mr. Cardet Concepción of his freedom to exercise his rights to freedom of thought, conscience, opinion, expression, association and participation, recognized in Articles 18, 19, 20 and 21 of the Universal Declaration of Human Rights, which makes it arbitrary according to category II.
Concerning the violation of Dr. Cardet’s due process rights, the Working Group concluded (at Paras 57-60):
In the opinion of the Working Group, the lack of communication during the first days of the arrest and the beginning of the trial, the lack of access to a lawyer, the ill-treatment and the inhuman conditions of detention, indicate that Mr. Cardet Concepción did not receive a fair trial with the guarantees of due process. The source also established that in Cuba the courts are subordinated to the executive and legislative branches, which are controlled by the Communist Party. The Working Group is aware that treaty bodies, of which Cuba is a party, have expressed concern about the lack of independence of the judiciary… The Working Group was convinced that the Cuban authorities seriously failed to observe international norms regarding the right to a fair, independent and impartial trial, which contravenes the provisions of Articles 9, 10 and 11 of the Universal Declaration of Rights Human, and makes the detention arbitrary according to Category III of the Methods of Work.
For more information about the case, see here.

Cuban Dissident's Release on Parole is Long Overdue But Insufficient