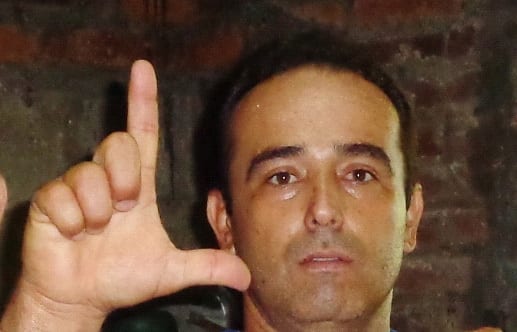 GENEVA, July 26, 2018 – Human rights lawyers lodged a legal complaint with the UN today to demand that Cuba release Dr. Eduardo Cardet, a dissident who has been jailed, severely beaten and denied medical treatment since his violent arrest on November 30, 2016.

The 23-page legal complaint to the UN’s Working Group on Arbitrary Detention, an independent tribunal of five jurists and human rights experts, was submitted by attorneys from the Geneva-based non-governmental human rights group UN Watch.

The UN panel’s rulings are not legally binding, but are cited by judges worldwide and can exert pressure on governments to release those imprisoned without due process.

“Cuba’s brutal treatment of Dr. Cardet is part of its pattern of repression and intimidation against civil society activists who dare to speak out against the one-party regime,” said UN Watch Executive Director Hillel Neuer, a human rights lawyer.

“Arbitrary detention should not be used as a tool to suppress political dissent. Our complaint seeks to hold Cuba accountable for its wrongful imprisonment of Dr. Cardet—a violation of international law and of Dr. Cardet’s human rights.”

“As a member of the 47-nation Human Rights Council, Cuba will be in contempt of its basic obligations if it ignores a ruling from that body’s experts calling for the release of Dr. Cardet.”

Background about the case

Cuban security forces violently arrested Dr. Cardet outside his home on November 30, 2016, after he returned from an overseas trip where he was quoted saying that “Castro was a very controversial man, very much hated and rejected by our people.”

Cuban State Security forces threatened his wife that they would arrest Dr. Cardet on his return due to his political activism.

Dr. Cardet became a democracy activist with the Christian Liberation Movement (MCL) in Cuba in the early 2000s and rose up through the ranks to become its leader in 2014. He has spearheaded MCL initiatives aimed at peaceful democratic change in Cuba, including The Varela Project and One Cuban, One Vote.

On March 20, 2017, a Cuban court convicted Dr. Cardet in an unfair trial on trumped-up charges of attacking a police officer during his arrest, and sentenced him to three years in prison.

Since being arrested, Dr. Cardet has been subjected to severe beatings, harsh prison conditions, denial of medical treatment, denial of visits by a priest, denial of release on bail, and routine deprivation of family visits.

Most recently, on May 26, 2018, the Cuban authorities suspended family visits altogether for a six-month period as punishment for the family’s public campaign for Dr. Cardet’s release. Cuban agents have also harassed Dr. Cardet’s family, monitoring their movements and throwing rocks at the family home.

UN Watch, founded in 1993 by civil rights leader Morris Abram, has been a leading voice for Cuban human rights defenders and victims at the UN. The group often brings Cuban dissidents to testify before UN bodies, including the Human Rights Council.

At the side event, UN Watch revealed how the Cuban regime submitted hundreds of positive reviews of its human rights record from supposed non-governmental organizations that are in fact state-controlled—including the “Cuban Urological Society” and the “Cuban Federation of Canine Sports.” UN Watch exposed the fraud, which was reported worldwide by Spanish newswire EFE.

During the UN plenary debate, top Cuban diplomat Rodolfo Reyes lashed out at UN Watch for exposing his regime’s abuses, as quoted on Cuba’s state television, saying, “We reject the dirty and failed maneuvers of organizations like Freedom House and United Nations Watch, both with a well-known record of actions against every fair and noble cause that exists in the world.”

Cuban Dissident’s Release on Parole is Long Overdue But Insufficient