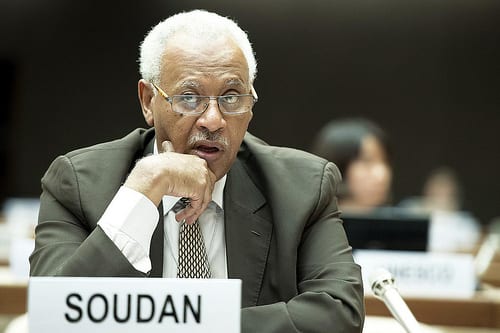 This morning, during a discussion on discrimination and violence against women, countries eagerly took the floor to show off their egalitarian credentials.

Sudan told the Council that they are “promoting a policy of zero tolerance to violence against women and have been since 2007.” In October 2014, Sudanese armed forces effected an organized mass rape of 221 women and girls in Tabit, in North Darfur.

Myanmar insisted that “women and girls enjoy human rights fully. There is no glass ceiling for women in Myanmar either in the workplace or in politics.” As recently as May 2015, UN experts described a legislative package in Myanmar as “highly discriminatory against women.”


The Democratic Republic of Congo and Egypt, neither of which is known for a progressive approach to gender equality, were both absent when it was their turn to speak.