The Geneva-based human rights group UN Watch condemned the U.N.’s election of Saudi Arabia, “the world’s most misogynistic regime,” to a 2018-2022 term on its Commission on the Status of Women, the U.N. agency “exclusively dedicated to the promotion of gender equality and the empowerment of women.”
“Electing Saudi Arabia to protect women’s rights is like making an arsonist into the town fire chief,” said Hillel Neuer, executive director of UN Watch. “It’s absurd — and morally reprehensible.”
“This is a black day for women’s rights, and for all human rights,” said Neuer. Interview: Why Saudis Joined Women’s Rights Body
“Saudi discrimination against women is gross and systematic in law and in practice. Every Saudi woman,” said Neuer, “must have a male guardian who makes all critical decisions on her behalf, controlling a woman’s life from her birth until death. Saudi Arabia bans women from driving cars. Why did the U.N. choose the world’s leading oppressor of women to promote gender equality and the empowerment of women?”
[STORY GOES VIRAL, REPORTED WORLDWIDE]
Saudi women feel betrayed by the UN. “I wish I could find the words to express how I feel right know. I’m ‘saudi’ and this feels like betrayal,” tweeted a self-described Saudi woman pursuing a doctorate in international human rights law in Australia.
“Today the UN sent a message that women’s rights can be sold out for petro-dollars and politics,” said Neuer, “and it let down millions of female victims worldwide who look to the world body for protection.” 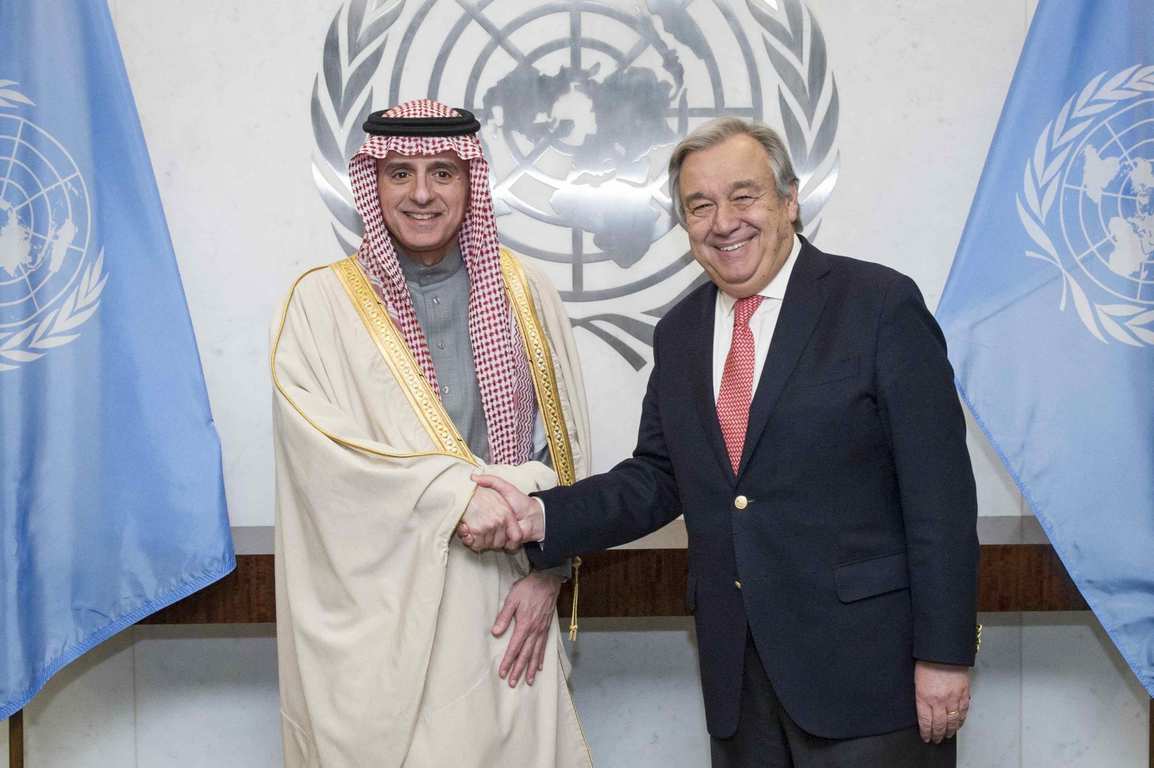 The fundamentalist monarchy is now one of 45 countries that, according to the U.N., will play an instrumental role in “promoting women’s rights, documenting the reality of women’s lives throughout the world, and shaping global standards on gender equality and the empowerment of women.”
Saudi Arabia was elected by a secret ballot last week of the U.N.’s 54-nation Economic and Social Council (ECOSOC). Usually ECOSOC rubber-stamps nominations arranged behind closed doors by regional groups, however this time the U.S. forced an election, to China’s chagrin.

Electing Saudi Arabia to protect women’s rights is like making an arsonist into the town fire chief.https://t.co/Q0HASTQwfJ

https://twitter.com/khuludAu/status/856088732893564929
Saudi Arabia was also recently re-elected to the U.N. Human Rights Council where it enjoys the right to vote on, influence and oversee numerous mechanisms, resolutions and initiatives affecting the rights of women worldwide, including:

The latest ECOSOC vote is reported in a U.N. press release:

Commission on the Status of Women:The Council elected by secret ballot 13 members to four-year terms, beginning at the first meeting of the Commission’s sixty-third session in 2018 and expiring at the close of the sixty-sixth session in 2022:  Algeria, Comoros, Congo, Ghana and Kenya (African States); Iraq, Japan, Republic of Korea, Saudi Arabia and Turkmenistan (Asia-Pacific States); and Ecuador, Haiti and Nicaragua (Latin American and Caribbean States).

The only good news: thanks to the U.S. calling a vote — breaking with the Obama Administration policy which in 2014 allowed Iran to be elected by acclamation — Saudi Arabia was not elected by acclamation, but instead received the least votes of any other country: 47 out of 54 votes cast, even though there was no competition given that there was an equal amount of competitors for available seats. China and Uganda were upset, preferring the usual practice of rubber stamping clean slates.

U.N. PUTS SAUDI ARABIA ON WOMEN'S RIGHTS COMMISSIONFRANCE 24: Could the U.N. election of Saudi Arabia to the women's rights commission perhaps be seen as an attempt to encourage Saudi Arabia to bolster women's rights at home, to give it some kind of motivation to do so?"Hillel Neuer: "No, absolutely not. Saudi Arabia has been on the U.N. human rights council for a decade and it hasn't improved their record one bit. Regimes seeks membership on U.N. human rights bodies for three reasons only: to ensure they'll never be condemned for their abuses; to obtain a false badge of international legitimacy; and to demoralize human rights activists at home." Watch tonight's interview with the executive director of UN Watch:

It was a secret ballot, but the math tells us that at least 15 of the following democratic member states of the U.N. Economic and Social Council voted to elect Saudi Arabia to the U.N.’s women’s rights commission:

The U.N. tried to bury this embarrassing news, but we exposed it to the world. MSNBC's Greta Van Susteren quotes UN Watch executive director Hillel Neuer: “Electing Saudi Arabia to protect women’s rights is like making an arsonist into the town fire chief.” Check out 1-minute video below. Full story in UN Watch report here: https://www.unwatch.org/no-joke-u-n-elects-saudi-arabia-womens-rights-commission/Media stories that we generated in the New York Times, Newsweek, and in other major publications around the world: https://www.unwatch.org/going-viral-u-n-elects-saudi-arabia-womens-rights-commission-exposed-un-watch/