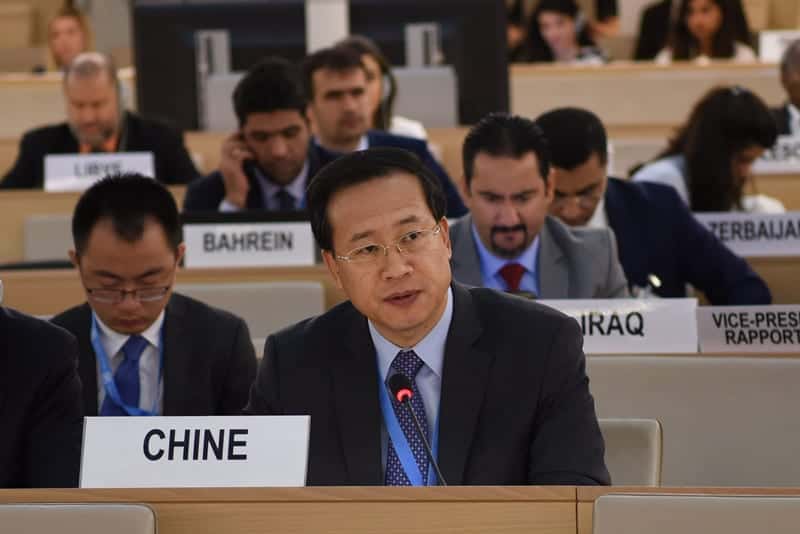 This week, the New York Times reported about China’s crackdown on human rights activists, particularly its harassment of, and reprisals against, activists who attend UN meetings.

But OHCHR cannot seem to get its story straight on the status of its practice of disclosing names of human rights defenders to requesting state parties in advance of sessions.

The press release issued in response to news that an OHCHR whistleblower had reported a senior official for placing dissidents at risk by handing their names to the Chinese government in advance of Human Rights Council sessions without their knowledge or consent.

May 2017 letter to UN Watch – In its May 30, 2017 letter response to UN Watch, OHCHR stated unequivocally: “As to your questions about our current policy and practices, we wish to be completely clear on the core issue: the UN Human Rights Office does not confirm the names of individual activists accredited to attend UN Human Rights Council sessions to any State, and has not done so since at least 2015.”

Not surprisingly, OHCHR ignored UN Watch’s urging to publicly post its policy on its website and issue a new press release setting the record straight. Human rights defenders have a right to know what risks they are taking when they engage with the UN human rights mechanisms. The next session of the Human Rights Council begins on Monday. OHCHR should clarify the policy immediately.