Qatar should not have been elected to the UN Human Rights Council today, as it fails to meet the basic membership criteria. See full UN Watch report on candidates here. 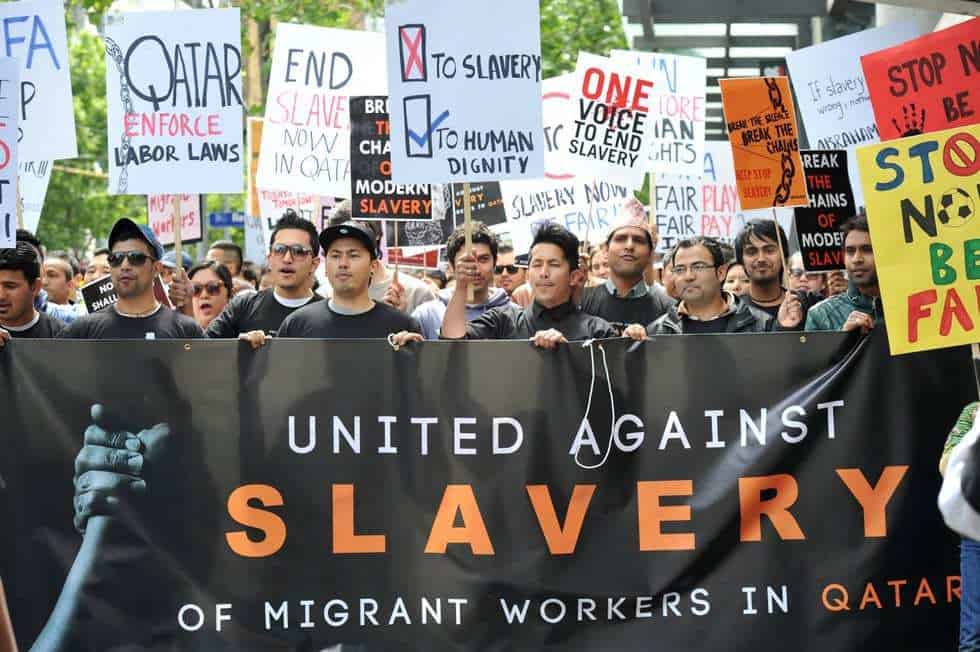 Qatar is governed by a hereditary monarch who holds all executive and legislative powers and controls the judiciary. Political parties are forbidden. Elections are supposed to be held for the Advisory Council and the Municipal Council. However, no elections have ever been held for the Advisory Council. According to various human rights monitors, 80-90% of the Qatari population is expatriates (i.e., not Qatari citizens) with few civil and political rights and limited economic opportunities. [1]

Civil liberties such as freedom of expression and freedom of the press are significantly curtailed in Qatar. Citizens are prohibited from criticizing the Emir and do not discuss sensitive political and religious issues in public. The press is essentially controlled by the ruling family and reflects government views. On November 30, 2016, the independent Doha News website was blocked, ostensibly for licensing issues, following its coverage of socially sensitive issues such as labor rights and homosexuality. [2]

Migrant workers in Qatar are particularly vulnerable and are often exploited and abused. According to the latest U.S. State Department human rights report, there are continuing indications of forced labor in Qatar, particularly in the construction and domestic labor sectors.

Abuses suffered by migrants include being charged exorbitant recruitment fees, having their passports confiscated by employers and not being paid on time or at all. Despite recent legislative reforms, the legal status of migrant workers is still tied to their employer. They must obtain a “No Objection Certificate” from their employer and approval from a government office in order to switch jobs mid-contract, and they must obtain an exit permit from their employer in order to leave the country. [3] There have been particular allegations of abuse of migrants in connection with construction projects for the 2022 World Cup. [4]

Furthermore, Qatari women are subject to discrimination in law and practice, particularly in relation to marriage, divorce, inheritance, child custody, nationality and freedom of movement. [5] A male guardian and male witnesses are required to validate a marriage contract, women are prohibited from passing citizenship to their children, women have fewer inheritance rights than men and their testimony in court is not weighted equally with that of a man. The penalties for sex outside of marriage are flogging for non-married violators or the death penalty for married violators. According to media reports, there have been dozens of floggings for this crime since 2016. Furthermore, in 2016, a Dutch woman was sentenced to one-year imprisonment and deported for engaging in extramarital sex after she reported that she had been raped. The perpetrator was sentenced to lashings. [6]

In addition, Qatar is notorious for supporting jihadi terrorism. It supports the Islamist Muslim Brotherhood and its Palestinian offshoot, Hamas, and also has close ties with the Taliban, certain al-Qaeda affiliates in Syria and elsewhere, and Iran. [7] In 2014, the U.S. criticized Qatar for its permissive environment which enabled fundraisers to solicit donations for extremist jihadi groups like al-Qaeda and the Islamic State. [8] In April this year, Qatar reportedly paid over $1 billion to Iranian officials and a former al-Qaeda affiliate in Syria for the release of 26 members of the Qatar royal family kidnapped in Iraq and other fighters captured by jihadists in Syria. [9]