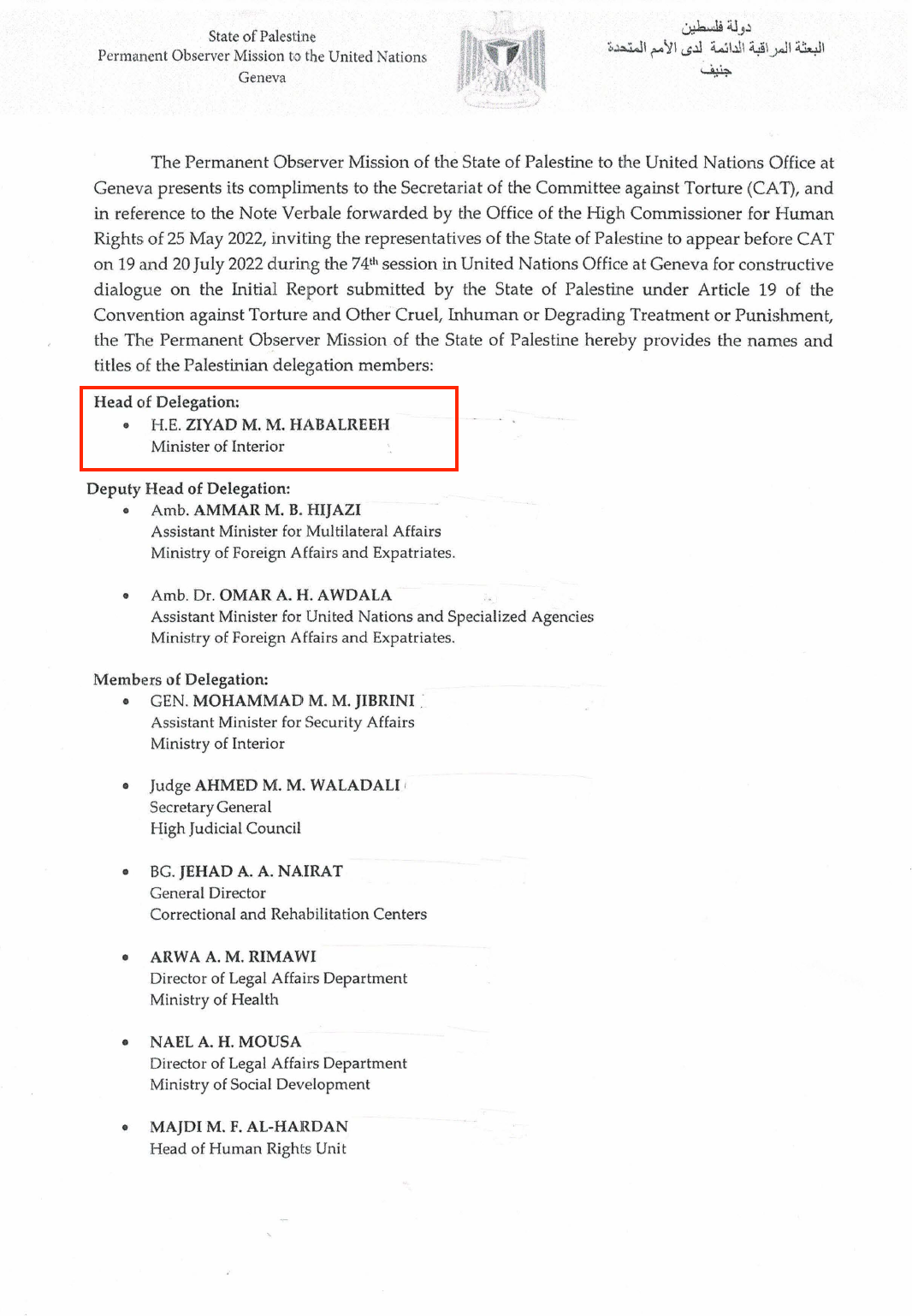 “President Abbas is showing his contempt for the UN committee by sending the long-time head of an agency notorious for torturing detainees with threats of violence, solitary confinement, beatings, including lashing and whipping of the feet of detainees, forcing detainees into painful stress positions for prolonged periods, including using cables or ropes to hoist up arms behind the back,” said Hillel Neuer, executive director of the Geneva-based human rights organization UN Watch.

The UN Committee Against Torture, a panel of 10 independent experts, will meet tomorrow and Wednesday to consider Palestinian compliance with the UN convention against torture and other cruel forms of punishment.

According to documents filed by the PA with the UN Committee Against Torture and published on their website, the Palestinian delegation will include:

• Amb. Ibrahim Khraihshi
Permanent Representative, Observer Mission of the State of Palestine to UN in Geneva

• Dima Asfour
Counsellor, Observer Mission of the State of Palestine to UN in Geneva