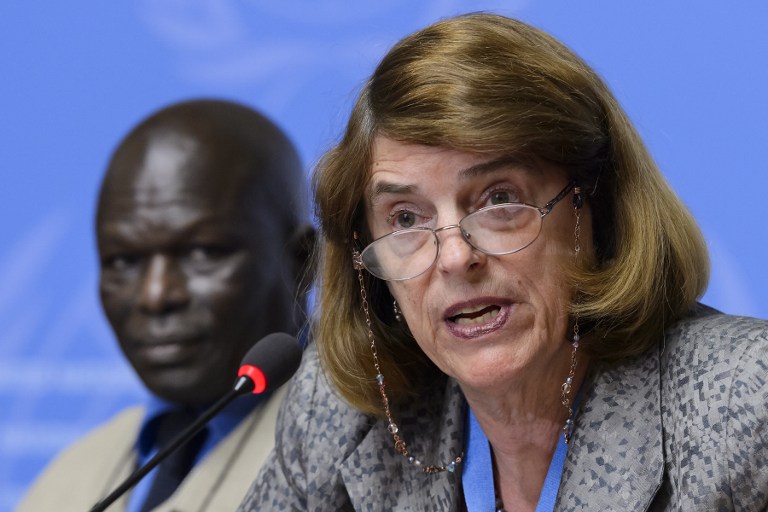 Acting via the Islamic group, the Palestinians have just submitted a draft resolution this evening that would have the UN Human Rights Council call on all countries to implement the recommendations of the Gaza inquiry, which effectively means to pursue the investigation and prosecution of Israel’s political and military leaders for “possible” war crimes.

The text, officially sponsored by the 57-strong Organization of Islamic Cooperation chaired by Pakistan, will win an automatic majority from Qatar, Saudi Arabia, China, Russia and other members of the 47-nation council when it it put to a vote on Thursday or Friday this week. The U.S. will vote No, while the Europeans are likely to either vote Yes or abstain.

In what will be the HRC’s 62nd condemnation of Israel (more than the rest of the world combined), the draft “deplor[es] the non-cooperation by Israel with the United Nations Independent Commission of Inquiry on the 2014 Gaza Conflict”; calls for the General Assembly and HRC to continue following up on the implementation of both the new report and the 2009 Goldstone Report (the one Goldstone recanted, and which was revealed to have actually been written not by Goldstone but by a pro-Hamas Marxist law professor from London); and urges countries around the world to exercise universal jurisdiction in prosecuting war crimes by Israel (and, of course, Hamas).

Per the usual routine, an earlier draft of the resolution was explicit in its harshness; the new version, demonstrating the eminent reasonableness and magnanimity of Ramallah, instead resorts to euphemisms when calling for the prosecution of Israel’s leaders.

Impressed by the gesture and newfound balance, the EU can now be sure to engage on the text, with a view to potentially voting Yes.

Yet for reasons made clear here in Geneva yesterday by our guest Col. Richard Kemp, that would not be a very good idea.