A Distant Reality about Saudi Arabia

It is not Norway’s problem that Saudi Arabian women are not allowed to drive a car. 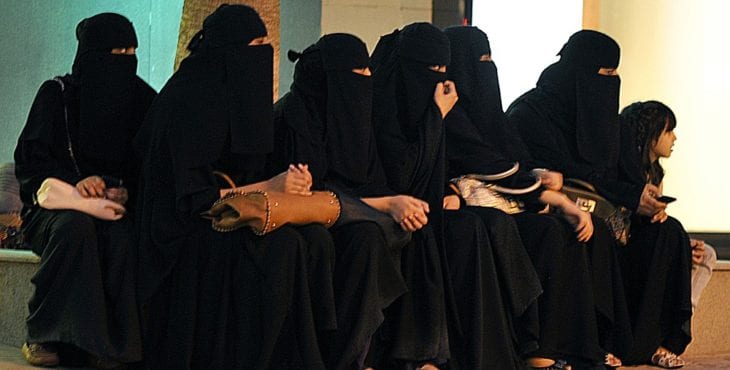 Photo: Fayez Nureldin / AFP
There has been a lot of discussion among politicians in Norway about whether or not Norway voted to have Saudi Arabia be a member of the UN Commission on the Status of Women, and many have branded the country to be the “worst place in the world for women.” By virtue of my position as an ambassador and citizen of Saudi Arabia, it is extremely important that we correct the partly misleading and nonfactual description of the situation of Saudi women’s rights from an Arab and Muslim perspective.

As you know, the state religion of Saudi Arabia is Islam and Bedouin culture is still the country’s prevailing culture. The reason that women are subject to a male guardian is to create safety for women, rather than to deprive women of their freedom and independence. In Saudi Arabia, women cannot drive, but instead, they have private drivers who drive them wherever they want.
This is to take care of women in a country characterized by a Bedouin culture, where those who stray from tradition and culture are considered “bad” people and subject to punishment by society. This is the unfortunate way of thinking, and therefore there is a need for laws and regulations that ensure fewer problems in society. The West ignores the cultural differences and directs its criticism against the state rather than against the culture. One must understand that culture cannot be changed in a short period of time. It takes very long time for any change to happen.

Contrary to what is common in Norwegian culture, Saudi women do not share expenses with their husbands. It is the man who assumes full financial responsibility, even if the woman works and earns as much as him.
Saudi women can freely go out one their own. Saudi women also have maids, so the idea that Saudi women are oppressed and are created to serve and satisfy the man is completely wrong. In fact, it is quite the opposite. It is the man who must pay for food, drink, housing expenses, clothes, makeup, and everything the woman might need. Even if the woman works and earns money, her husband cannot require anything from her. It is entirely up to the woman what she will use the money for.

“Women are subjected to a male guardian for the purpose of creating security for women.”

More and more women are beginning a career in the workplace. Five years ago there were only 46,000 women who worked in the private sector. Today there are over 560,000. 23 percent of the workforce are women. This is a significant increase from a few years back, and the government aims to increase the proportion to 30 percent by 2030.
30 Saudi women have taken seats in Saudi Arabia’s parliament (Shurar Council). A large percentage of Saudi women are highly educated, and those who work receive the same salaries as men.
Women may also refuse to marry. In Saudi Arabia, women have the right to leave the country to study or work. More and more Saudi women are traveling abroad and staying by themselves without a guardian for several months, without any consequences. They socialize, get to know people and make friends that are both male and female.

As mentioned earlier, Saudi Arabia is characterized by the religion of Islam, in addition to a Bedouin culture, which makes Western influence problematic. From the perspective of Saudi women, Western women are not a good role model. In Saudi Arabia, Bedouin culture means it is a sign of respect and dignity to cover yourself. It protects the woman from the evil eye, and especially from a man’s desire and sexual fantasy. Another feature of the Bedouin culture is that the man pays for everything. Saudi women do not view it as polite for costs to be shared between a couple.
Those who criticize the treatment of women in Saudi Arabia see the matter from a Western perspective. There are many young, Western-oriented Saudis with education from abroad who want change, but the majority of Saudi women do not think there is a need for major change.

It may seem incomprehensible that the West tries to demand something that most people in Saudi Arabia do not want. Why should you fight for the rights of others in another country with a different culture and religion? It is not Norway’s problem that Saudi women cannot drive a car.
If someone from the West embraces the close relationship between religion, identity, and culture of Saudi Arabia, they will realize that social problems will occur if women are allowed to drive or to be completely independent. When speaking about women’s rights in the Kingdom of Saudi Arabia, remember that it is a culture in which there is a deeply-rooted belief that the man is responsible for the woman.

Discrimination Against Women in Norway

In Norway, there is a long way to go before equal pay between men and women is realized. Statistics Norway (SSB) show that men on average earn 161,400 kroner more than women. (Kristin Egge-Hoveid, responsible for this statistical overview at SSB, believes this gap will shrink, but it will take time.)
A study from the United Nations Development Program (UNDP) shows that women work more hours per week than men, but earn far less. According to VG, which has received figures from the Norwegian Tax Directorate, more than 817 people in Norway live at a secret address for fear of being seriously injured or killed by male family members. They live on the so-called Code 6, which means that their identity is completely erased from all records.

“Social problems will occur if women are allowed to drive or to be completely independent.”

There is no country in the world where women are not discriminated against because of their gender. According to a World Bank study, violence against women between ages 15 to 44 represents a global health threat in line with diseases such as AIDS and cancer.
The statistics clearly show that the relationship between gender, discrimination and violations of social, political, civil, cultural and economic rights is overwhelming and universal. Some Norwegian politicians are so keen on their own freedom of expression that they forget to listen to those they criticize.
All common decency is set aside when they publish their own writings.
My advice to Norwegian politicians is to visit my country to see how well we are doing. They should show more respect to those they criticize.
Perhaps they should also focus on the challenges in Norway, rather than in Saudi Arabia.

GENEVA, November 25, 2020 — Over the next month, France, Germany and the UK will join numerous other countries in singling out Israel through disproportionate and one-sided

Note: See full vote at the bottom GENEVA, November 12, 2020 — Deviating from its focus on the global response to the coronavirus pandemic, the annual