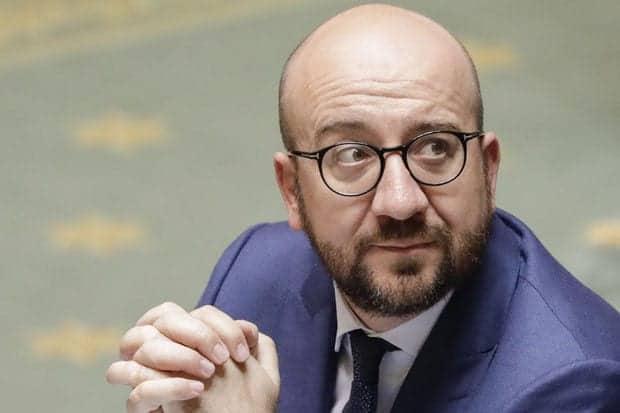 “Human rights activists everywhere ought to accept this rare apology,” said Hillel Neuer, executive director of UN Watch, “provided that it is matched with a real commitment to ending the U.N.’s routine elevation of gross human rights abusers to influential human rights bodies, which only empowers the regimes, not the victims.”

“Saudi Arabia may have a large part of the world’s oil wealth,” said Neuer, “but their contempt for the basic rights of women should never be legitimized by U.N. bodies or by liberal democracies such as Belgium.”

Belgium’s disclosure of how it voted is likely to increase pressure on other countries to do the same, and it refutes diplomats’ claims that such information is obliged to be hidden from the public.

“Because we know there were at least four other EU nations who voted for Saudi Arabia, today we call on France, Sweden, Norway, and the UK, who are among the other members of the 54-nation U.N. Economic and Social Council. to likewise assume responsibility and express regret if indeed they backed Riyadh.”

Election of Saudi Arabia Was Black Day for Human Rights

“This is a black day for women’s rights, and for all human rights,” said Neuer.

“Saudi discrimination against women is gross and systematic in law and in practice. Every Saudi woman,” said Neuer, “must have a male guardian who makes all critical decisions on her behalf, controlling a woman’s life from her birth until death. Saudi Arabia bans women from driving cars. Why did the U.N. choose the world’s leading oppressor of women to promote gender equality and the empowerment of women?”

Saudi women feel betrayed by the UN. “I wish I could find the words to express how I feel right know. I’m ‘saudi’ and this feels like betrayal,” tweeted a self-described Saudi woman pursuing a doctorate in international human rights law in Australia.

“Today the UN sent a message that women’s rights can be sold out for petro-dollars and politics,” said Neuer, “and it let down millions of female victims worldwide who look to the world body for protection.”

‘I regret the vote’

Michel told parliament today that last week’s vote came unexpectedly and that a diplomat was forced into a hasty decision without proper consultations with the government in Brussels.

“If we could redo it, the government would have advocated that there is no support (for Saudi Arabia), there is no ambiguity about that. I gave instructions so that in the future the political assessment of this type of file takes place at the highest level,” he said.
Saudi Arabia was backed by 47 of 54 nations.

“I regret the vote,” Michel said.

The environmentalist and socialist opposition, as well as the Workers Party (PTB), appealed to the President of the Parliamentary Chamber, Siegfried Bracke, on Thursday evening, over the responsibility of Foreign Minister Didier Reynders in the vote of support for Saudi Arabia for UN Commission on the Status of Women (CSW)

The opposition demanded that Minister Reynders come to explain himself on Thursday evening in plenary session. It believes that the statements made by him on Wednesday in the Committee on Foreign Affairs, the communication sent by his office late Thursday afternoon, and the explanation of Prime Minister Charles Michel at question time did not indicate that the foreign minister was properly aware of the Belgian position at the time of the UN vote.

Widespread media coverage in Belgium’s La Libre and Le Soir, helped drive the story. De Standaard, Belgium’s main Flemish daily, accused the government of having voted to elect Saudi Arabia and quoted UN Watch’s statement that five European countries had to have voted for Saudi Arabia.
Belgian politicians castigated the government, sayng it was likely that Belgium voted for Saudi Arabia, according to Belgian MPs Els Van Hoof and Wouter De Vriendt, based on a statement made by foreign affairs minister Didier Reynders on Wednesday in front of the foreign affairs chamber committee.

MP Wouter de Vriendt asked a parliamentary question about Belgium’s vote and said: “An affirmative vote by Belgium is simply shocking.” Els Van Hoof of the Christian Democrats said that defending a ‘yes’ vote is equivalent to admitting a vote for the misogynistic regime. Yasmine Kherbache of the Socialist Party accused the government of legitimizing “a regime that violates women’s rights every day

While Reynders did not say it literally, he defended the seat of the Salafist country when he stated that “within the UN, everything must be debatable and dialogue must be possible with everyone.” He said that Belgium’s vote was “decided at the diplomatic level.”

Deputy Prime Minister Alexander de Croo initially did not disclose Belgium’s vote, but said that he would not have voted in favor of Saudi Arabia.

“A ‘yes’ vote from Belgium is simply shocking and hard to stomach for all of those who fight for women’s rights,” says De Vriendt. “In his attempt to not offend Saudi Arabia, Minister Reynders is legitimizing the violation of women’s rights. The country is an example of how it should not be done. Women there are victims of systematic discrimination: not allowed to drive a car, take part in politics, go anywhere by themselves or make their own decisions.”

The Groen party will ask prime minister Charles Michel to start an inquiry into the matter, De Vriendt had announced.

The Council of Francophone women is “outraged” by the election of Saudi Arabia onto the UN commission on the status of women. Its president Viviane Teitelbaum, also a city councillor alderman in Ixelles, in the same party as the foreign minister. She said, however, she was “relieved” by the regrets expressed by Prime Minister Charles Michel.

“Belgium is generally active in defending women’s rights and expresses its views on this issue, so I was surprised to learn that it had supported a country with no regard for women and which continually flouts their rights. At first I thought it was not possible,” Teitelbaum told Belga news agency.

“It was a mistake, but I am reassured to learn that the vote was not the result of a government request to diplomats and that procedures will be put in place,” she said.

Mrs Teitelbaum noted that there had been “setbacks, challenges to the rights of women everywhere, even in Europe”. “It is therefore important to defend these rights and to denounce countries such as Saudi Arabia. We must not be content to regret, we must be attentive, everywhere and all the time,” she concluded.