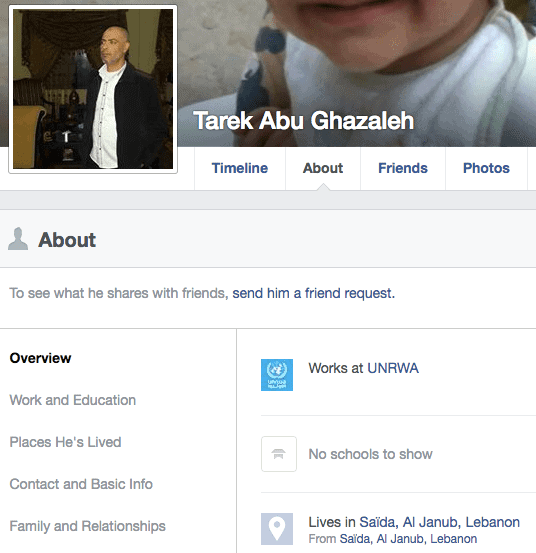 Tarek Abu Ghazelah lists himself as an employee of UNRWA. He lives in Saïda, which is where UNRWA’s Siblin Training Center is located. When he celebrates the murder of Jewish civilians, and praises Hamas, other UNRWA and Siblin employees comment in support.

Abu Ghazelah rejoices at the murder of religious Jews in synagogue, which occurred in a November 2014 terrorist attack in Har Nof, Jerusalem, seem in Image 1. The arabic translates to “I pray to God that you all die from a stroke, otherwise you will die from an axe”.

He has also posted celebrating Hamas terror tunnels, Image 2, as well as the murder of a rabbi in Image 3 and uses “Jewish” as an insult towards Egypt’s President Sisi, as seen in Image 4.