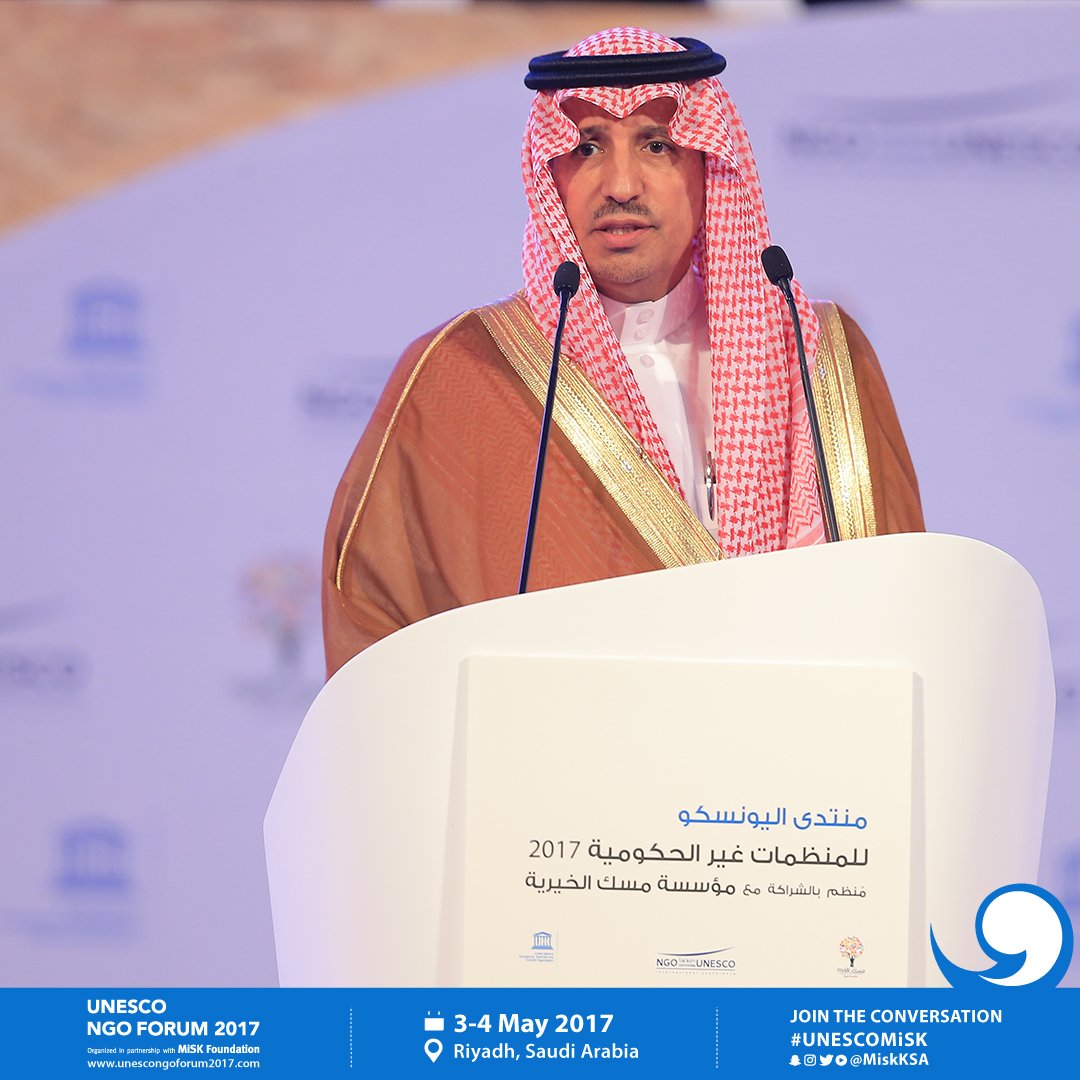 GENEVA, May 7, 2017 – A foundation run by the Saudi royal family hosted a U.N. global forum for non-governmental organizations in Riyadh last week, on the theme of “Youth and their Social Impact,” even as young bloggers and human rights activists like Raif Badawi languish in prison for the crime of advocating freedom in Saudi Arabia. Speakers included UNESCO chief Irina Bokova, Olympic gold medalist Carl Lewis, and Wikipedia founder Jimmy Wales.
Regrettably, UNESCO, the U.N. agency for education, science, and culture, mentioned nowhere at its 7th International Forum of NGO, or on the conference website, that Saudi Arabia prohibits independent NGOs and arrests, jails and even sometimes flogs human rights activists.
Women attending the forum were instructed to “wear an Abaya, which is a long robe, usually black, that covers most of their body.” 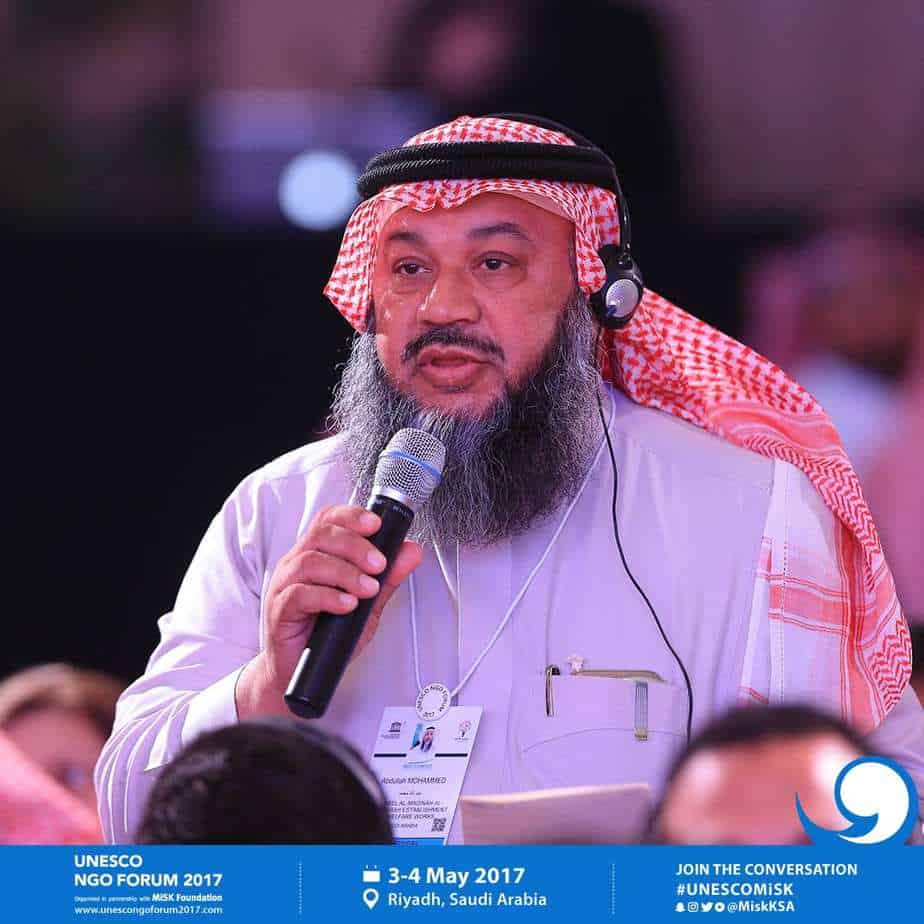 The UNESCO gathering was sponsored by the wealthy MiSK Foundation, a Saudi charity, “even though,” said Hillel Neuer, executive director of the Geneva-based UN Watch, “that it is headed by Deputy Crown Prince Mohammad bin Salman, the Saudi minister of defence who has overseen the bombing of Yemen that has killed 10,000 civilians and wounded 40,000 civilians, along with a naval blockade that has diverted ships carrying life-saving medical supplies, with 20 million Yemenis now in need of humanitarian assistance, and seven million facing starvation.”
“We know that the U.N. must operate in many countries, but the world body was under no obligation to award a false badge of international legitimacy to one of the world’s worst regimes when it comes to crushing independent human rights organizations and jailing innocent activists,” Neuer added.
“By holding a high-level gathering of non-governmental activists in Saudi Arabia, the U.N. showed contempt for the heroic Saudi human rights activists who are arrested, imprisoned or flogged, and it gave a prize to a regime that tramples the rights of women, along with the freedoms of religion, assembly, speech, press, and the values of democracy, equality and the rule of law,” said Neuer. 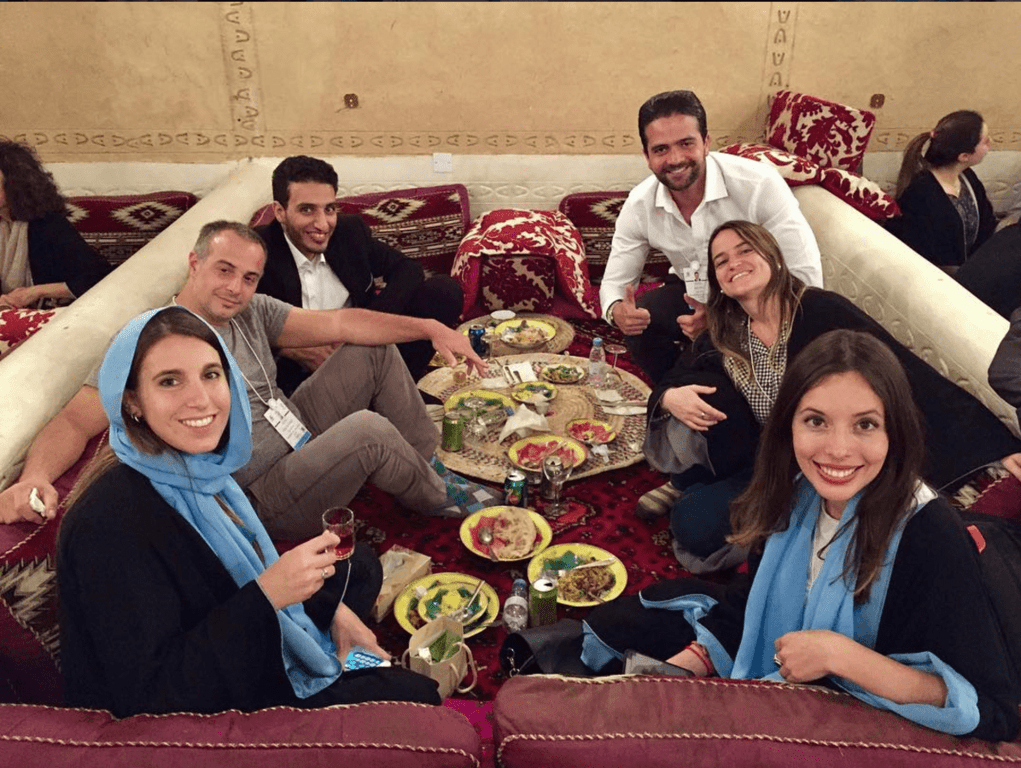 Saudi law allows for the banning of any organization that the government opposes, on grounds that it may violate “Islamic Sharia,” “public manners” or “national unity.” A new statute bars NGOs from participating in events outside the country, receiving foreign funding, or collaborating with international organizations without government approval.
Human rights activists such as Abdullah al-Attawi and Mohammad al-Oteibi were targeted in October 2016 for prosecution for having founded a human rights organization.
According to UNESCO, the event drew more than 400 NGOs and over 2,100 delegates from more than 70 countries. The Saudi foundation was thanked for its generosity. 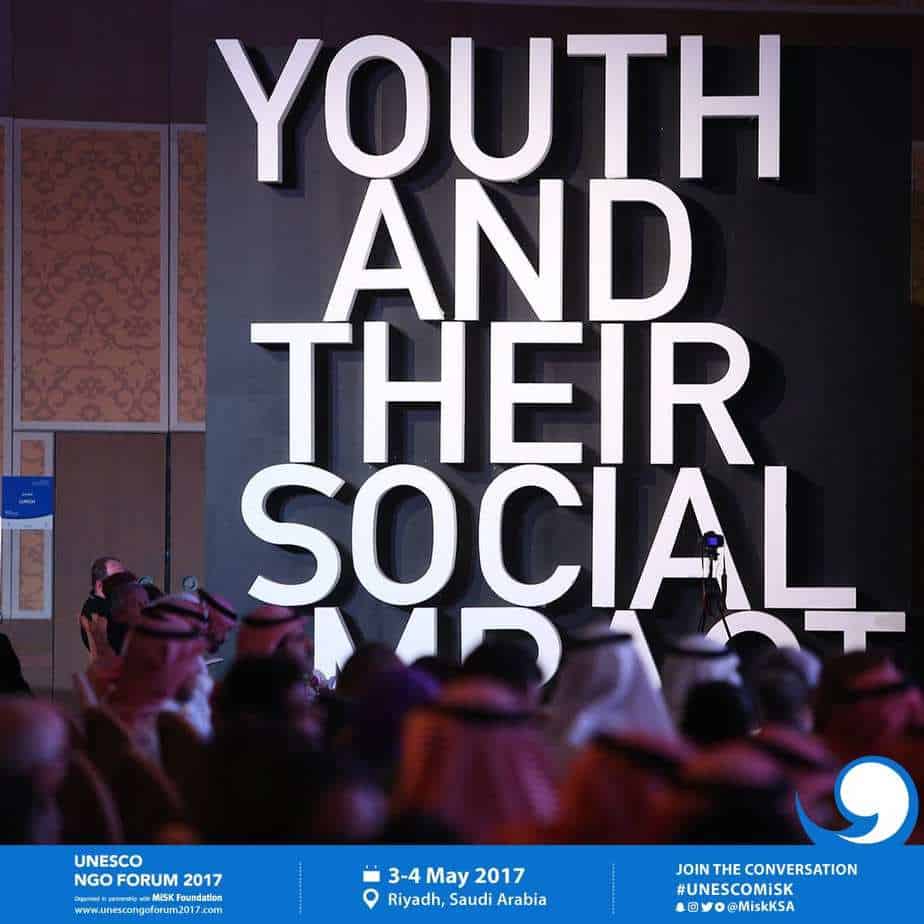 Despite claimed social reforms, Saudi authorities regularly target peaceful dissidents with arbitrary arrests, trials, and convictions. Dozens of human rights activists are serving lengthy prison sentences for criticizing authorities or advocating social, political or human rights reforms.
Over a dozen prominent activists are serving long prison sentences for their advocacy. Waleed Abu al-Khair is serving a 15-year sentence for 2014 comments he made on social media about human rights abuses. Raif Badawi is serving the fifth year of his 10-year sentence; he was flogged in January 2015. Journalist Alaa Brinji was recently sentenced to five years in prison and an eight-year travel ban for tweets criticizing religious authorities and supporting women’s rights and the cause of jailed human rights activists.
Last year, the kingdom jailed nearly all the founders of the banned Saudi Civil and Political Rights Association (ACPRA). The country’s terrorism tribunal convicted ACPRA activists Abd al-Aziz al-Shubaily and Issa al-Hamid to eight and nine years in prison respectively, in addition to lengthy travel bans based solely on their peaceful pro-reform advocacy.