U.N. special rapporteur on Palestine Michael Lynk was challenged repeatedly by three different journalists in wake of a UN Watch letter, released ahead of his U.N. appearance, documenting how his biased Human Rights Council mandate against Israel systematically ignores Palestinian Authority and Hamas torture and arbitrary arrest, and Palestinian stabbings, car ramming attacks and shootings committed against Israelis. UN Watch’s letter cited precedents to demonstrate how Lynk could address Palestinian abuses even though his mandate from the U.N. is to “investigate Israel’s violations.” (See UN Watch’s report, Mandate to Discriminate.)

Benny Avni: Unlike some of your predecessors you haven’t in your report mentioned any violations by Palestinians – by the Palestinian Authority, by Hamas, and so on. So, why not, and is that part of your mandate?

Lynk: Ok I’ll answer both of your questions. I have been asked in the past as to my mandate with respect to human rights violations by either the Palestinian Authority, or Hamas. That’s not my decision to make. My mandate has been created by the Human Right Council in Geneva.

One of my predecessors did recommend – it was Richard Falk – to the Human Rights Council several years ago that his mandate be expanded to be able to include that. I also note that Amnesty International several years ago had also asked that as well.

I am actively considering whether or not, when I make my next report, which will be in March to the Human Rights Council, that I will ask for my mandate to be expanded. All I can do with respect to that is make a recommendation. The decision as to whether or not my mandate is expanded to be able to do that belongs to the Human Rights Council itself.

Avni: But John Dugard did include some reporting on Palestinian Authority violations…

Lynk: I am not going to dispute what you said. I am unaware of that. I read some but not all of his reports, with respect to that. If he did, I would be happy if you would want to show me.

Avni: I don’t understand the thing about the mandate because it says you are the Special Rapporteur on the situation of human rights in the Occupied Palestinian Territories..

Lynk: Right but if you kept on reading for the full description of the mandate it focuses on the Occupying Power, so for me to be able to expand that, and look I have heard arguments both ways and I think there are good reasons both ways, with respect to that. But watch what I do when I come in March.

Matthew Lee: To follow up, you had said that you’d never seen a John Dugard report that dealt with the other side of the issue. The site is A/60/271. That’s one of them.

Lynk: I am happy to take a look. But I did say I did not read all of his reports.

Matthew Lee: On the same topic, it’s good to hear your view, Hannu Halinen, who is another special rapporteur on the same mandate, even absent a change in mandate, sought to visit Palestinian prisons to visit prisoners. I’m asking mostly in the case of certain journalists – there has been a decay in freedom. Jihad Barakat is somebody who was arrested for filming Abbas going through an Israeli checkpoint. There is Tariq Abu Zaid. So I’m just wondering – are you aware of these cases? In the course of carrying out your mandate, do cases of journalists arrested come to your attention? And, if so, why do you choose not to look into them as Hannu Halinen did, even under the existing mandate?

Lynk: OK, OK, you have sparked a new question in my mind. I am happy to go back and see those. If they have used a creative interpretation that fits within the wording of the mandate, then maybe I don’t need to ask for permission from the Human Rights Council. I do know that, as I said, Richard Falk did say he asked for and hadn’t received.

But I am acutely aware of what goes on with respect to the PA and Hamas. I have met human rights defenders, most recently Issa Amro, who is I think a strong voice for nonviolent resistance to the Occupation, based in Hebron, and inspiring many youth in Palestine to do that, who was arrested and kept in Palestinian detention for a week.

There should be no division with respect to human rights. One of the guiding points of human rights is that they are indivisible. And my intention was to be able to come to a decision and make a recommendation come March, when I next appear before the Human Rights Council. But, you know, if at your suggestion, the last two of you, if you think that there are creative ways within the current mandate to be able to do that, then I am all ears with respect to that. Because no side is an angel with respect to this. 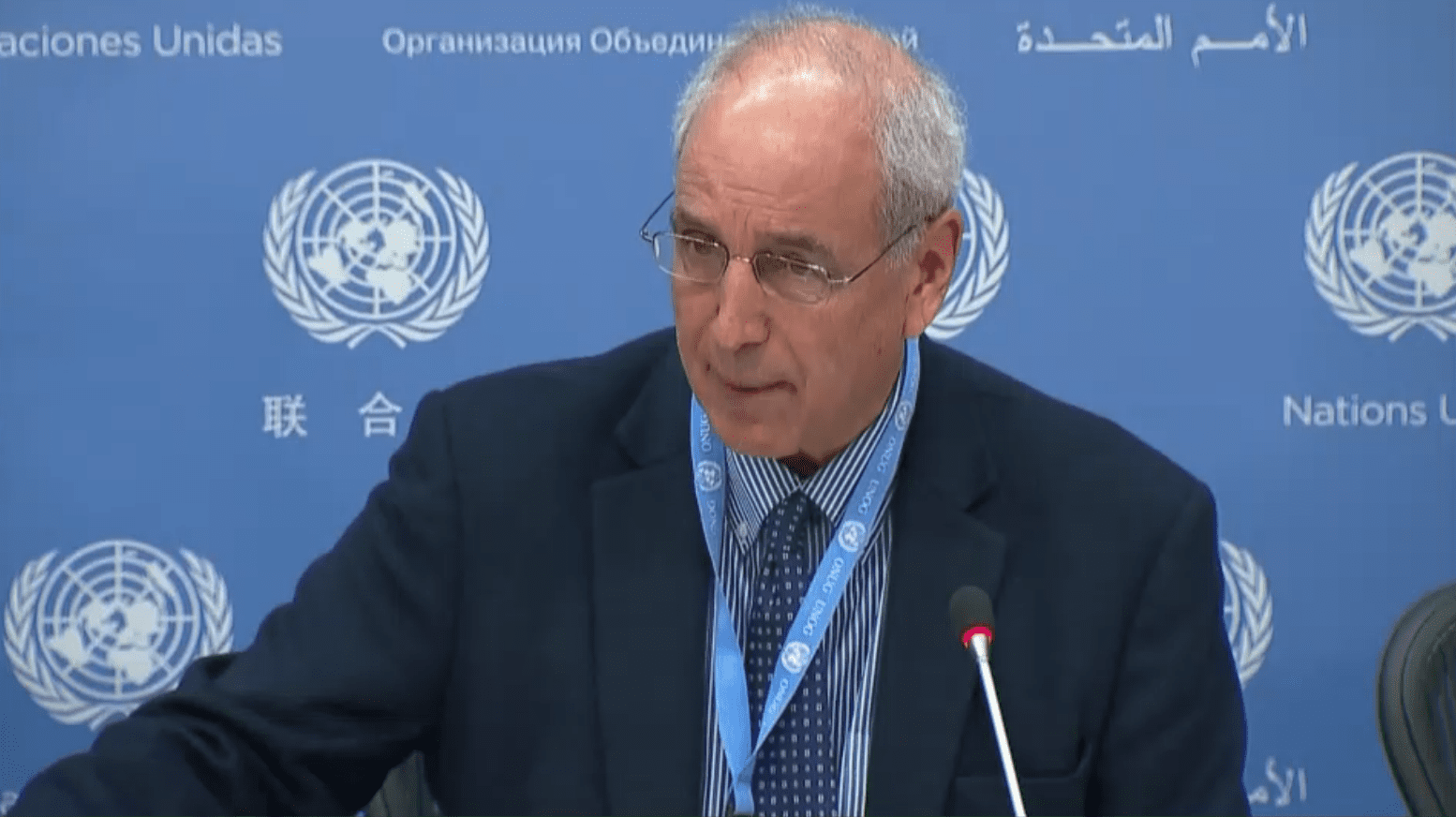