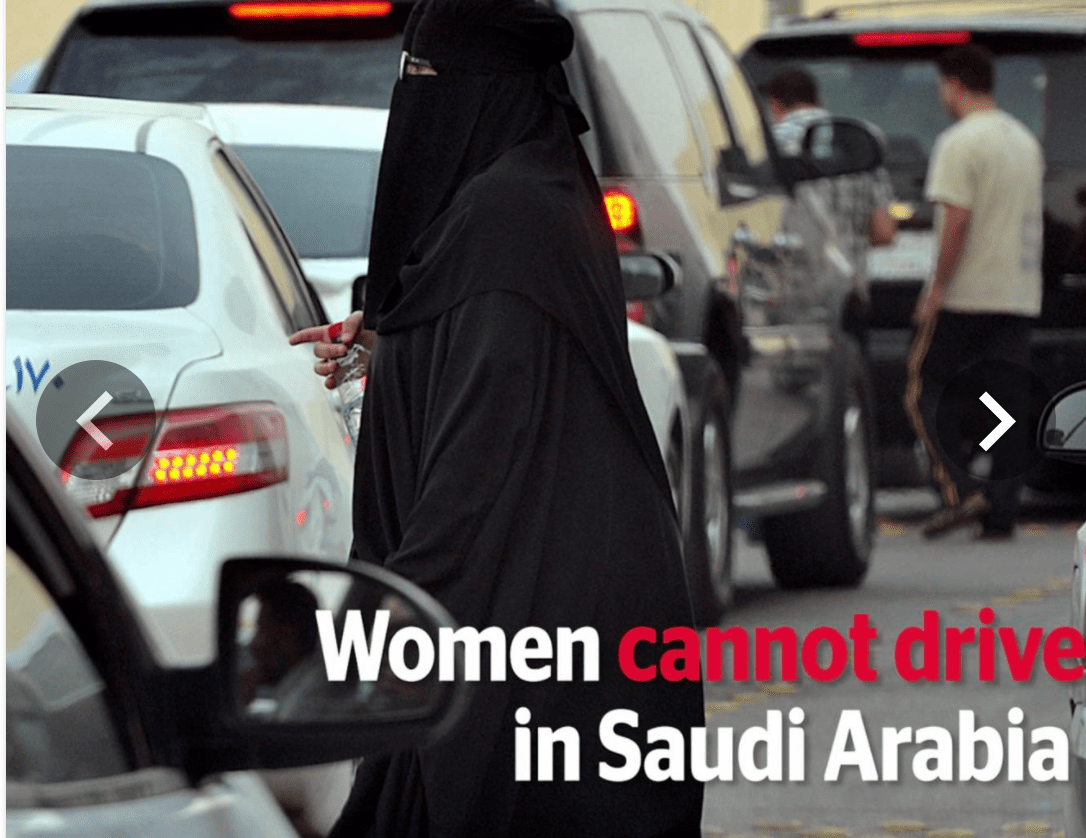 “Every Saudi woman must have a male guardian who makes all critical decisions on her behalf, controlling a woman’s life from her birth until death,” said Hillel Neuer, director of UN Watch. “Saudi Arabia also bans women from driving cars.

At least five EU states voted in a secret ballot for the Saudis to serve a four-year term on the commission, according to Mr Neuer.”

The Spectator: What does the UN think Saudi Arabia can teach us about gender equality?
By Douglas Murray

A few days ago, the Council voted to appoint members for the 2018-2022 term of its ‘Commission on the Status of Women’, a UN agency ‘exclusively dedicated to the promotion of gender equality and the empowerment of women.’ Among those appointed to the Commission was that notable supporter of gender equality – Saudi Arabia. Best of all is that – as the excellent UN Watch points out here – at least five EU member states must have voted to put Saudi Arabia on the Commission.

Elle UK: The UN Just Elected Saudi Arabia To The Women’s Right Commission And No, It’s Not A Joke

Director of UN Watch, Hillel Neuer, has been particularly vocal in his opposition to the idea.

According to the Independent, he says: ‘Electing Saudi Arabia to protect women’s rights is like making an arsonist into the town fire chief…It’s absurd.’

And it turns out Neuer isn’t the only one who thinks this way. As ever, the people of Twitter have had their say on the matter…

Former Prime Minister of New Zealand and administrator of the UN Development Programme, Helen Clark, has shared her two cents on why she thinks the country might have been elected.

‘It’s important to support those in the country who are working for change for women. Things are changing, but slowly,’ she reportedly said.