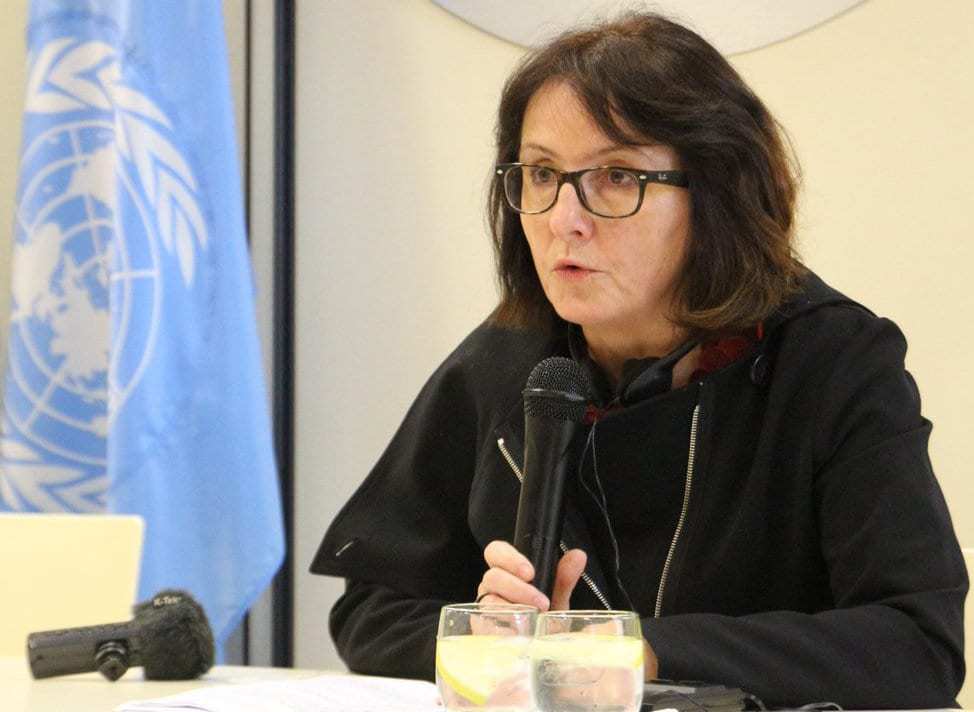 Ms. Dubravka Šimonović (Croatia) was appointed as Special Rapporteur on violence against women, its causes and consequences by the UN Human Rights Council in June 2015, to recommend measures, ways and means, at the national, regional and international levels, to eliminate violence against women and its causes, and to remedy its consequences. Ms. Šimonović has been member of the CEDAW Committee from 2002 to 2014. She headed the Human Rights Department at the Ministry of Foreign Affairs of the Republic of Croatia and was the Minister Plenipotentiary at the Permanent Mission of Croatia to the UN in New York. She was also Ambassador to the OSCE and UN in Vienna. She co-chaired the Ad hoc Committee (CAHVIO) of the Council of Europe that elaborated the Convention on Preventing and Combatting Violence against Women and Domestic Violence (Istanbul Convention).She has a PhD in Family Law and published books and articles on human rights and women’s rights. Learn more, log on to: http://www.ohchr.org/EN/Issues/Women/SRWomen/Pages/SRWomenIndex.aspx
The Special Rapporteurs are part of what is known as the Special Procedures of the Human Rights Council. Special Procedures, the largest body of independent experts in the UN Human Rights system, is the general name of the Council’s independent fact-finding and monitoring mechanisms that address either specific country situations or thematic issues in all parts of the world. Special Procedures’ experts work on a voluntary basis; they are not UN staff and do not receive a salary for their work. They are independent from any government or organization and serve in their individual capacity.
UN Human Rights, Country Page – Israel: http://www.ohchr.org/EN/Countries/MENARegion/Pages/ILIndex.aspx
UN Human Rights, Country Page – the Occupied Palestinian Territory: http://www.ohchr.org/EN/Countries/MENARegion/Pages/PSIndex.aspx
For further information and media requests, please contact:
Karin Hechenleitner Schacht (+41 22 917 9636 / khechenleitner@ohchr.org ), Nathalie Stadelmann (+41 22 917 9104 / nstadelmann@ohchr.org) and Mr. Bahaaeldin Sadi (+972 599676123 / bsadi@ohchr.org)
You can access this press release at: http://www.ohchr.org/EN/NewsEvents/Pages/DisplayNews.aspx?NewsID=20584&LangID=E
For media inquiries related to other UN independent experts:
Xabier Celaya – Media Unit (+ 41 22 917 9383 / xcelaya@ohchr.org)