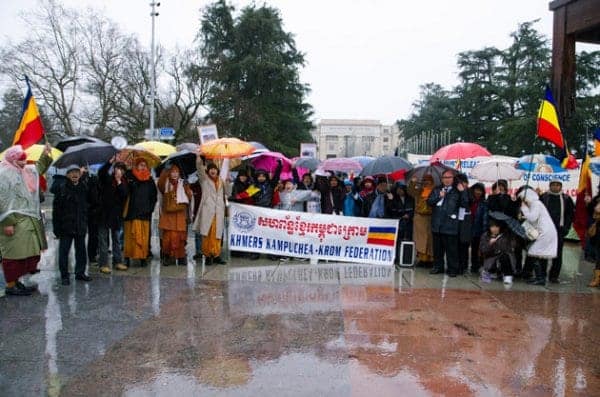 The UN’s 19-member committee that oversees non-governmental organizations voted overwhelmingly to silence a human rights group fighting oppression in Vietnam, in violation of the UN’s own freedom of expression and association guarantees under the Universal Declaration of Human Rights.

The vote was 13-4, with only Greece, Israel, the U.S. and Uruguay voting to support the human rights group.

A group of States led by Cuba, Nicaragua and Venezuela has succeeded in a UN vote to deny an NGO the right to respond to questions and allegations against it. In a move that the United States described as sending ‘a chilling message that free speech is under threat at the UN’, a majority of States in the UN Committee on NGOs voted in favour of silencing Khmers Kampuchea-Krom Federation (KKF), a US-based NGO. KKF is applying for ‘ECOSOC consultative status’ through the NGO Committee, a designation which is required for an NGO to be permitted to access and participate in many UN meetings.