GENEVA, June 24, 2016 — Venezuela was overruled by the chair of the UN human rights council today, when its delegate interrupted a UN speech (see below) in a failed bid to stop the reading of an appeal for council members to release political prisoners on the occasion of the council’s 10th anniversary.
The appeal, signed by family members of political prisoners in Saudi Arabia, Russia, China, Venezuela, Vietnam and Cuba, was read out today in the plenary of the council by Hillel Neuer, executive director of the Geneva-based UN Watch, a non-governmental human rights group.
Venezuela’s delegate interrupted as soon as Neuer mentioned the name of jailed opposition leader Leopoldo Lopez. “We do not think it is appropriate to raise specific countries,” he said, even though virtually all of the previous 15 NGO speeches had done exactly that.
However, the objection was shot down with uncommon firmness by the session chair, who strongly defended UN Watch’s right to speak. “I have the impression that the speaker was perfectly in the context of this agenda item. We are all in favor of participation of civil society, and this was just a civil society group expressing itself,” he said.
Many UN diplomats who chair session are leery of siding with activists when it could upset country delegates.

Appeal for Amnesty of Political Prisoners 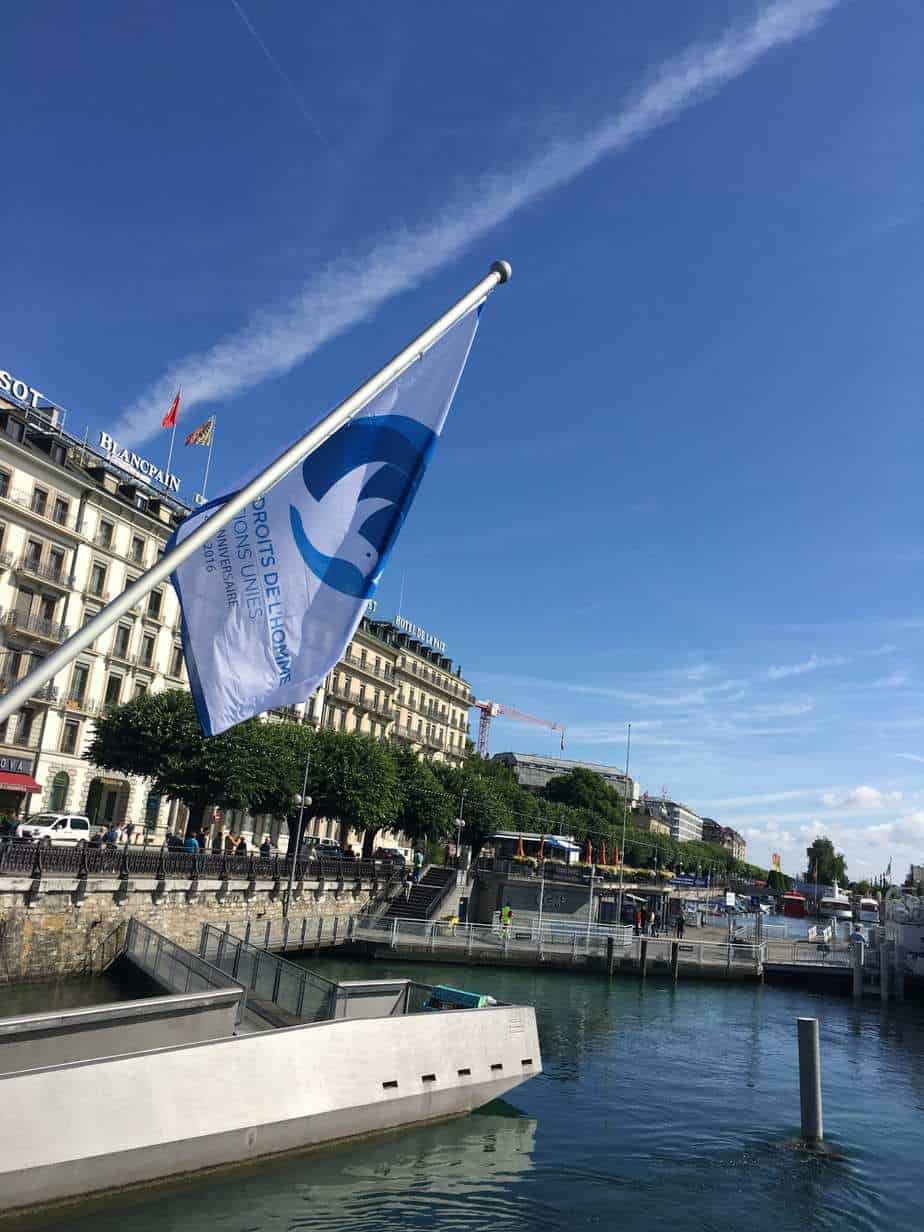 Mr. President, this session marks the council’s 10th anniversary, which it has celebrated with a high level event gathering all presidents from the past ten years, with concerts, and with ceremonial flags flying on the Mont Blanc bridge, overlooking Lake Geneva.
United Nations Watch takes the floor today to make a special appeal. We do so in the name of family members of political prisoners worldwide who have declared their support:

We believe there can be no better way for the council to celebrate its anniversary than to announce a decision—one that would embody the values of founding Resolution 60/251, which reaffirmed that all States, regardless of their political, economic and cultural systems, have the duty to promote and protect all human rights.
A decision that would embody the Article 9 guarantee of the Universal Declaration of Human Rights, that no one shall be subjected to arbitrary arrest, detention or exile.
A decision that would embody the solemn undertaking of Member States of the Council to uphold the highest standards in the promotion and protection of human rights, and to fully cooperate with the Council and its mechanisms, which includes the Working Group on Arbitrary Detention, which has repeatedly called for the release of all political prisoners.
Therefore, given that—despite all of the above—numerous Member States of the Council continue to arbitrarily imprison human rights defenders, journalists, opposition leaders, dissidents, bloggers, and democracy activists, who are detained under criminal charges as a way to impair the exercise of their basic human rights, and to silence them,
We hereby appeal to all Member States of the Council to honor their obligations, and—to show that this 10th anniversary is not just about concerts and flags, but about human beings—to issue an amnesty, and release all political prisoners forthwith.